Just because an employee has been around for awhile doesn’t mean they’re delivering the same results as before, or that they’re a match for where your company’s headed as it grows. Sometimes, it’s best to just cut ties—for them and for you.

We asked eleven entrepreneurs for one surefire sign that it’s time to get rid of a key player on their team. Their best answers are below:

When a team member gets to a point where they’re only identifying problems and not bringing forward solutions, it’s highly likely that your key player is mentally checking out. If this is the case, it’s imperative that you act fast and make a change before that person infects others on the team or around the office. These situations have the ability to spread like cancer, so don’t wait.
– Adam Callinan, BottleKeeper

As with anyone who has fired someone, you know it’s not easy. But sometimes it’s critical to cut the disease out of an organization. You’ll know it’s time when you dread having to interact with that person, or when you would rather not challenge their position or choose to even communicate with them because the juice isn’t worth the squeeze. At that point, you know it is time to make a change.
– John Jackovin, Bawte

You hesitate to delegate critical tasks to this person because you are concerned the results will be nonexistent or subpar, and/or the person has let you down in the past. If you’ve talked to the person about their performance and you haven’t noticed an improvement, document the situation, and start looking for a replacement.
– Alexandra Levit, Inspiration at Work

Key players on a team have an uncanny knack for innovation and solve the toughest of problems. Specifically in a startup environment, this is what helps set the bar for motivation and quality across the entire team. The moment the innovation and problem-solving stops and complacency sets in, the bar is lowered, and others become affected. This is about the time to part ways.
– Phil Chen, Givit

Key team members should have superpowers—true mastery in an area that’s valuable to the business. Sometimes, these key team members can come with a bit of an ego, which is to be expected of someone so good at something valuable. But when their ego outweighs their output or gets in the way of their ability to be an effective team player, it’s time to let them go.
– Matt Ehrlichman, Porch

Key players often let ego get in the way. While it’s important to have pride in your work, when an employee starts feeling entitled to more, it’s time to make a change. Startups have to work harder, leaner and faster to survive, and that culture can’t exist around a member who feels like they deserve more than they’ve earned.
– Kelly Azevedo, She’s Got Systems

7. They Create a Negative Environment

If you have a key player that’s constantly creating a negative environment around himself, is underperforming and setting a poor example, it’s time to let them go. This type of attitude and work ethic is toxic and will spread throughout the company. Get rid of that person immediately, or watch your business suffer all of the consequences.
– Danny Wong, Blank Label 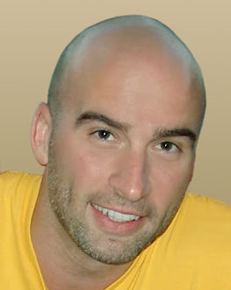 Failing is perfectly fine in business. It’s an investment in your or someone else’s education. However, if someone’s performance costs you money on more than two or three occasions, it’s time to evaluate whether they need to pursue another career.
– Grant Gordon, Solomon Consulting Group

9. Other Key Players Have Lost Faith

If other key players have lost faith in him, the battle is already lost. They will try to work around that person, be overly critical about good-enough efforts and create an increasingly difficult working environment for that person. Even if you can coach his performance back to expectations, it’s harder to get the team dynamic back—which you need to be effective moving forward.
– Trevor Sumner, LocalVox

Look for negative personality changes with people. They may just be going through a rough patch. Step in, and help if you can. However, if you see a consistently negative attitude, an unwillingness to provide solutions and the same line of excuses and short cuts that you’ve seen in past relationships that didn’t work out, then it might be that time.
– Andy Karuza, Brandbuddee

11. They Lack a Positive Attitude

Startups need passion, creativity, dedication and a positive attitude. It’s hard to have any of the former without a lot of the latter. There are bound to be ups and downs in any startup. You need key members of the team to maintain a positive attitude toward the future. Negativity from a key member of the team can infect everyone, so that must be avoided at all costs.
– Mitch Gordon, Go Overseas

Scott Gerber is the founder of the Young Entrepreneur Council (YEC), an invite-only organization comprised of the world's most promising young entrepreneurs.

Will Having a Positive Attitude Really Help Me Be More Successful in Business?

The 5 Signs of a Struggling Startup, and How to Reverse the Trend

Will Having a Positive Attitude Really Help Me Be More Successful in Business?