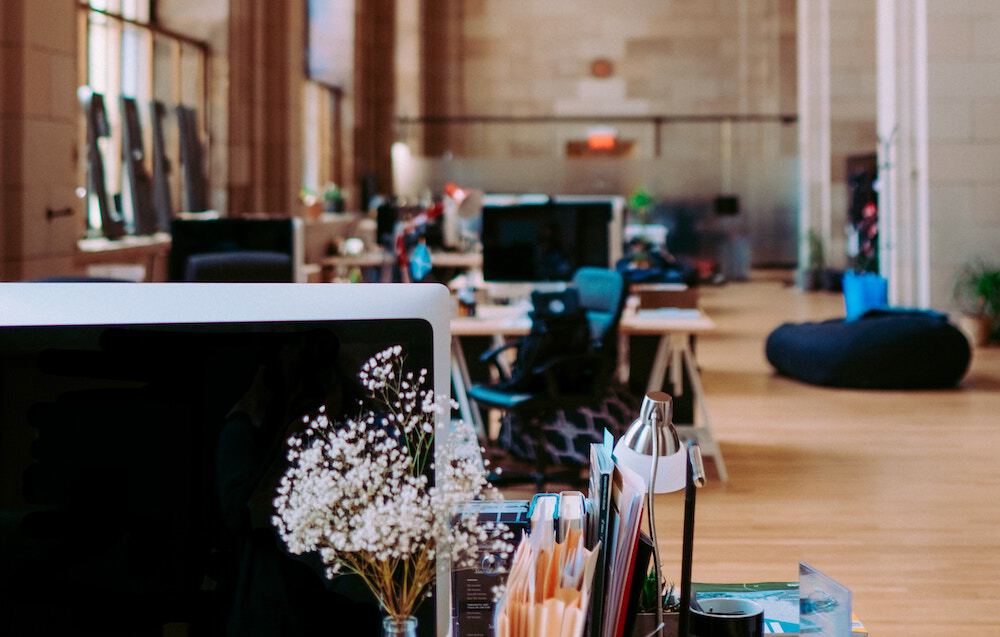 At BarBend, we like to think we know a thing or two about building strong, healthy bodies—and as a newer business, we’re also interested in creating a strong and healthy company culture.

The startup boom has disrupted and challenged many traditional ways of doing business, but perhaps none more so than company culture. Flexible time off, frequent remote work, and inspiring office spaces—once only a pipe dream for starched-collared stiffs chained to their cubicles—is now becoming a reality for many in the startup space.

But before we start celebrating too quickly, it’s important to make sure that these innovations are helpful and don’t end up hurting the company or its employees.

For example, although Google has been lauded for its creative and benefit-heavy company culture, it’s also been critiqued for creating a company “bubble” where the supposedly plentiful PTO is never actually used because the staff is too anxious about staying on top of their mountain of work.

A lot of attention has already been given to how leadership can affect company culture. While this is true, I think the case is sometimes overstated. Good leadership will go a long way, but a lot of the key tinkering comes with how the company itself imagines and upholds a sense of culture.

Having core values that balance the needs of a business, a mission that reflects the company’s true intentions, and a commitment to iterating at the level of culture can make a tremendous impact on a startup’s culture.

Let’s talk about each of these in depth.

When defining core company values, many startups remain internally focused. They discuss how the company sees itself or relates to its employees or management.

Ultimately, these are questions of identity; at the early stages, this introspective tendency makes sense. To be successful, a company needs to understand itself, and talented people will always want to know that the startup they’ve agreed to throw in with has built-in mechanisms to ensure respect for their abilities.

For example, a value like “recognition” lets prospective staff know that their work will be appreciated, and “warmth” allows these same prospective staff to feel comfortable living a full, emotional life in the workplace. These are warm and fuzzy, but they’re also helpful.

But what about customers and clients? Too often, founders and C-levels get way too excited about their “no politics” value and don’t give enough attention to the kind of relationships and treatment they’re planning to extend to their customer base. In the end, this approach will probably hurt your company or hamper its growth.

Ultimately, your business depends on both your staff and your clientele. The former contributes value, while the latter contributes revenue. Both are essential, and if a startup gets overly caught up in its own hype, it risks ignoring the customer.

Framed Data, a company that specialized in user analytics, realized this point and summed it up in three simple words: “Everyone Does Support.” This core value basically means that customer support isn’t simply one dimension of the work—it lies at the heart of a business’s raison-d’etre.

Framed took this core value and ran with it—rather than simply navel-gazing about internal policy. This customer-centric approach clearly paid off: last summer, they were acquired in a major deal with Square.

Now, was this the only factor to Framed Data’s success? Of course not. But having customer-focused values front and center clearly made a significant contribution.

The risks of making those values peripheral should be equally clear and obvious. A startup needs to ensure that, while defining internal values is perhaps more exciting and sexy for you and your staff, your company’s conversation must remain focused on the customer.

2. Be real about your mission

This is another early pitfall of many startups. Sometimes, we get a little bit carried away.

Apparently, it’s not enough to just sell a good cup of coffee or a well-made pair of jeans. Startups feel that they have to change the world, and they want everybody to know about that in their mission statement and press releases.

Again, this “save the world mentality” makes sense for a number of reasons. For one, whether they admit it or not, most startups are modeling themselves somewhat on tech giants like Google and Apple that really did change the world. Moreover, new businesses often feel a sense of responsibility not to exploit people or the planet in the way they feel older corporations did. And finally, it’s easier to get excited about solving the problems of the world than, for example, making a workmanlike app that solves one very particular problem.

Understandable or not, there are a number of red flags that come with this mentality. For one, it’s extremely overplayed, to the point of being parodied mercilessly on shows like “Silicon Valley.”

But more importantly, having such an obvious gap between who you are and who you say you are can be very alienating to your staff. For example, Dan Lyons (who now writes for “Silicon Valley”) wrote of the cult-like atmosphere at HubSpot for his book “Disrupted.”

According to Lyons, the company described carpet spamming small businesses as “lovable marketing content.” This sort of ghoulish doublespeak is endemic to many startup cultures. Some seem to believe that raw enthusiasm will propel even the most harebrained of schemes. What it might actually do is frighten away your top talent, who are smart enough to see the gap between what a company says and what it does.

Case in point: Lyons left after two years, and HubSpot embarrassed itself by allegedly trying to extort and hack those trying to get Lyons’ book out there.

Iterative development started as a software phrase, and eventually migrated over into the wider world of business processes. It hasn’t quite made its way yet to the conversation around company culture, and I think that that’s too bad, because the startup cultures would profit from the method.

For the uninitiated out there, to be iterative means to attempt something over and over again, refining one’s approach until the desired goal is reached.

One of the reasons this spirit of continual experimentation hasn’t quite permeated company culture is that many companies see their culture as something of a sacred cow. Again, this has a lot to do with identity—if company culture is constantly in flux, then it may appear to lack stability, which can seem weak or wishy-washy. Furthermore, without a defined culture, a company’s employees have no focal points to rally behind in their work.

To these objections, I say: sure, too much tweaking and overhauling is not a good thing. But, as a startup in a world with almost dizzying rates of failure, isn’t it crucial for any company hoping to eke out some kind of longevity to be self-reflective on a regular basis?

Here’s an example of a big kahuna that changed course midstream and saved itself in the process: Starbucks was struggling in 2008 from bad decisions and a worse economy, and the company brought back Howard Schultz to do some course correction.

Schultz did something seemingly suicidal and decided to overhaul the company’s culture, closing all stores for long retraining sessions. Several shareholders got him on the horn to chew him out for what they thought was reckless decision-making. But the gambit paid off, and Starbucks quickly turned around.

For a big and well-established brand like Starbucks, a move like this took a lot of guts. Startups have no excuse. Culture can’t afford to be static and monolithic. Treat it like the rest of the business—stay on top of what’s working, jettison what isn’t, and own the mistakes. In short, iterate.

As a final note, I think it’s important to mention that strong startup company cultures, despite the abundance of lists like these, are not simple recipes. They require dedicated and attentive stewardship, holding in suspension the needs of the business, the employees, and the customers.

Though not comprehensive by any means, I hope this article will help jog some thinking around your own company culture and help move it toward one that works for everybody.

Kenny Kline is a serial entrepreneur. His ventures are primarily focused on media and digital marketing. When not in front of his computer, he can be found beekeeping, knitting, and being as Brooklyn as humanly possible.