5 Lessons for Bootstrappers on Dealing With Banks

Banks and bankers have a relatively bad reputation, largely undeserved. Being more of a natural hermit than a networker, I can’t say I ever looked forward to dealing with banks, even though I had to. 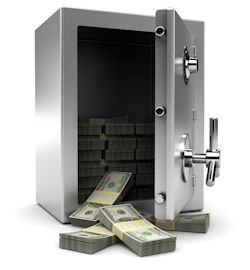 But over time, through the years of running the business, I’ve met a lot of smart, likable banking people. And if you’re going to run and especially grow that business of yours, without a lot of other people’s money, then you should get used to dealing with bankers.

1.  You want a relationship with a bank

If you’re going to be in business, you’re going to need a relationship with a bank. I know you’re busy and focused on other things, but when it’s time to get a credit line, a bank draft, a letter of credit or even to notarize a stupid letter, you’re going to wish you had a banker to call. And you’ll probably want a local bank to process your credit card sales transactions.

2.  Banks don’t finance business plans, but they help the SBA do it.

In the U.S. for sure, and in most other Western countries, banking laws forbid a bank from loaning you money on your business plan no matter how good it looks. Those laws were written to protect the depositors whose money the bank is using. So the bank can only loan you money for your startup if you’re ready to put up assets (usually your own house) that you’ll lose if your business fails. And it can loan against the assets (called collateral), not your plan.

But there is some truth to the idea that some banks give loans to startups in the U.S., because the SBA works through local banks. The SBA will guarantee up to 70 percent of a business loan, so the banks can take the risk without violating the law. What you need for that is a local bank that works with the SBA. And there are a whole lot of them.

3. There are good reasons and bad reasons to borrow money.

The best reason to borrow money is to support your company while waiting for good customers to pay up. You’ve already made the sale, but you sold to a company and it’s going to pay you in a few months. Especially when it involves a good client who you’re sure will pay, this is relatively safe. Borrowing to build stuff that you already have orders for is good, too. Borrowing to fill cash-flow gaps while waiting to get real money is still risky, but sometimes necessary.

Don’t borrow money on future hopes. That sales scheme you’re sure will bring in $50K? Don’t borrow $20K to prove it. That’s just prospecting, or gambling, with the bank’s money, and it’s a bad bet. You’re borrowing rope to hang yourself with.

4. Banks are not all the same.

In my experience the larger banks are pretty much the same thing, but I’ve had good experiences with smaller local banks, especially smaller local banks emphasizing small business and service. The federal government protects us fairly well against those banking disasters you fear, so it’s not like you’re significantly safer with a larger bank. The key is to have somebody there you can call to ask questions and trust the answers. In some cases, you can get that with the right branch or person at a larger bank.

As you start up, choose your bank well. Talk to three or four. Get advice from people in business you know, and your local Small Business Development Center. Interview the bank. Find out who you’d be talking to.

5.  Be prepared to change banks.

No matter how much you like your bank, be prepared to switch later on. Banks change strategies and policies. Sometimes people make the difference, but sometimes they can’t make any difference on something important, and they’ll switch banks. My company has switched banks to stay with the same loan officer at a different bank. Change is constant. Keep up with it.

Some smart, interesting and fun people end up in banks. They’re not like the stereotype of bankers. I think they get underestimated a lot because they do have to follow the rules, which is not so bad, since they’re working with other people’s money.