5 Ways to Turn Your Employees Into a True Team

The phrase “my team” gets thrown around in the office plenty where I work. And it’s true—my fellow employees and I are as much a team as any sports team is. We each have our individual role to play, and we rely on each other’s skills to succeed together. That said, merely working together doesn’t allow me to really know all that much about my teammates—I don’t interact with all of them on a routine basis at the office, either because our jobs don’t require it of us or because we sit far away from each other. The way I’ve gotten to know my teammates is through all of the team bonding activities my office puts on.

There are lots of advantages to giving your team opportunities to bond as a team, rather than just being a group of individuals in the same field. Here are five ways to boost team bonding: 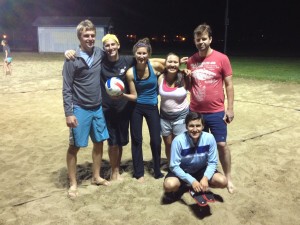 You’re working on team building, right? Why not just start a team? City league and rec sports can be a great way for your employees to be together and have fun outside of the office. Whether this is through city league, the local gym, or even just a weekly pickup game, sports are a great way to get your team working together and spending time with one another. If you’re not the most athletic company around, the lower level city league divisions can be a great place to start. If you do not want a sport that takes a ton of starting skill or athleticism, take a look at city league softball or volleyball. I’ve played both for my company and the experience seemed as enjoyable to me (a high school and college athlete) as it did to those that had never played an organized sport before.

Far more people enjoy watching sports than playing them. If you’re looking for an easier bonding experience, consider a fantasy sports league. For example, the majority of the employees in the average company probably watches football in the fall. Start a fantasy football league. You can set up a draft one night after work, and then order some pizza and spend a few hours drafting and trading players. Have a leader board up in the office, and perhaps even a trophy for the winner. It’s a good way to introduce some friendly competition and it provides a great icebreaker topic for employees that do not know each other too well. 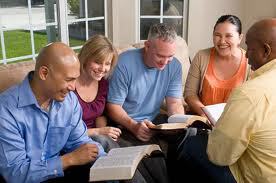 Perhaps your office just doesn’t have a real sports culture. There are still opportunities to get them together and talking! Try a book club. Have members vote on which book they will read this month (you can even theme the options on something your company is focusing on) and then have a discussion night once or twice a month. It gives your employees a chance to eat together and have a conversation about a shared topic. Giving your employees common ground for conversations will help them get to know each other better; after all, it’s a lot easier to break the ice when you know there’s a topic you can both discuss well.

Okay, let me rephrase that. I’m not suggesting you start building up the siege towers and invade the office next door. My suggestion would be to have your team play a war game together (paintball, Airsoft, lazertag) against a common opponent. This, of course, entirely depends on the buildup of your team. If you have a team that you believe wouldn’t enjoy this, it is not worth the try. Either people like war games or they don’t, and forcing an unwilling employee to play won’t be good, but the members of your office who would enjoy it could benefit a lot. There are plenty of lazertag and paintball arenas that advertise company bonding events. It’s a more extreme option than the rest, but if your company mix is the kind that would enjoy an event like this then I strongly suggest this option. Remember the classic zombie survival tip: A family that slays together, stays together!