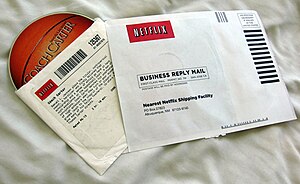 Will the Netflix Brand Ever Truly Recover?

As marketing experts look back at the best and worst of 2011’s branding campaigns, it is likely that Netflix—and a now notorious pair of its endeavors—will be resoundingly branded in the category of very worst.

While it is still a major player in the movie DVD market, Netflix and CEO Reed Hastings can only wonder what would have been had they not opened the floodgates with a pair of disastrous public relations moves last summer. For those looking to start a small business, I recommend that they take note of how Netflix managed to lose a ton of customers in a very short time.

During a recent UBS Media conference in New York City, Hastings was open and to the point in discussing how the company with the famed red logo had essentially screwed up.

Netflix Was Feeling Pretty Good About Itself

According to Hastings, “We did so many difficult things this year that we got overconfident. Our big obsession for the year was streaming, the idea that ‘let’s not die with DVDs.'”

While Netflix did not die in 2011, it sure put itself in a pickle to say the least with a pair of bad moves, resulting in losing more than 1 million paying monthly customers in less than a month

Meantime, Netflix shares have dropped 74% over the past six months, something no company CEO or its investors want to hear. Looking at it from another vantage point, Netflix stock was soaring back in July at nearly $300 per share, while today it sits near the $70 mark.

First the company went public with its idea to charge separate fees for its DVDs-by-mail and streaming video plans. As if that were not bad enough in a challenging economy, the company then followed up with the negative announcement that it was going to rebrand its DVD service to be known as Qwikster. That, in essence, was strike two.

Two Strikes and You’re out?

With those first two strikes, Netflix soon saw customers taking to social media and other venues to express their outrage at the plans, leaving Hastings and other company officials to enter the spin zone, trying to paint a picture that the price hikes were needed, while the new service would be better for customers over time.

As Hastings would eventually come to admit, the company moved too quickly with its plans, not entirely thinking through the potential ramifications.

According to Hastings, streaming is the future, so he and others were not being out of touch when looking to devote the energy and resources to this area of the movie entertainment business. “In streaming, we’re a cable network from a rights standpoint Hastings remarked.” As such, one prediction is that Netflix’s streaming content licensing fees will jump from a mere $180 million in the last year to a sizeable $2 billion over the next 12 months.

What does all of this mean for a company who stood by as companies like Hollywood Video and Blockbuster watched the curtains fall on their productions?

While Netflix moves forward and continues to be part of the online streaming and home DVD movie discussion, other competitors will continue to put pressure on Hastings and his mates.

Another slip up along the way could end up branding Netflix the latest Hollywood Video or Blockbuster; only time will tell.

Dave Thomas, who covers among other items home-based jobs, writes extensively for Business.com, an online resource destination for businesses of all sizes to research, find, and compare the products and services they need to run their businesses.