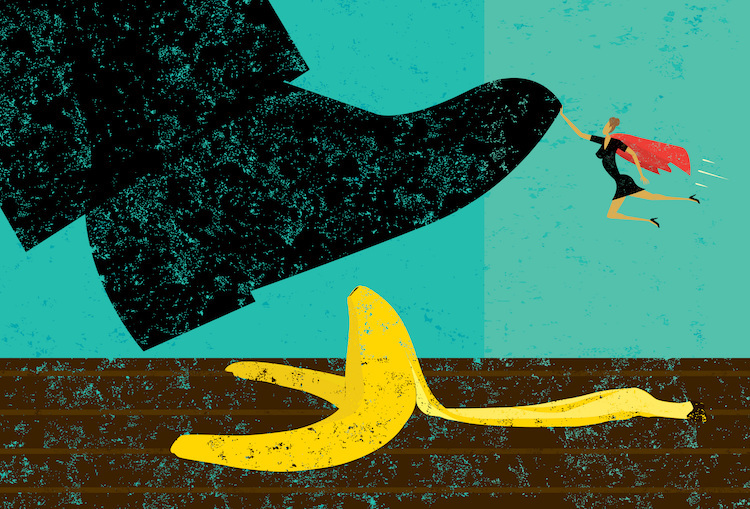 When raising your first round of capital, there are a few common mistakes many entrepreneurs make.

To help you become a savvy founder (and avoid these mistakes), we asked nine successful entrepreneurs from the Young Entrepreneur Council to talk with us about the mistakes they’d made in the past, and to give a bit of advice on how others can avoid doing the same.

1. Setting too high a valuation

Setting too high a valuation during a funding round can set you up for failure, setting expectations too high for ensuing rounds. It might be difficult to exceed your valuation, making investor relations difficult.

[Tweet “”Setting too high a valuation during a funding round can set you up for failure.” – via @nethacker @bplans””]

It’s easy to overestimate how much money you’re going to make in the next year based off of what you made last quarter. You get excited and you want to immediately say a “magic number” to investors to get them on board. However, you need to analyze this number from every angle—there are too many variables that could mess up your projection.

[Tweet “”It’s easy to overestimate how much money you’re going to make in the next year.” – via @xponentialblack”]

3. Raising too early or too late

I’ve been lucky enough to screw up by both funding my startup too early and too late. Both are horrible for your company. Timing is everything for valuation, market, and team. Evaluate when is the best time to raise money. Give yourself six to eight months to raise each and every time. I know even amazing companies that took six months to raise funds. It doesn’t happen overnight.

[Tweet “”I know even amazing companies that took six months to raise funds. It doesn’t happen overnight.” – via @johnrampton”]

4. Not having legal counsel

I made the rookie mistake of not hiring an attorney when raising our first round. I then signed off on an ugly redemption clause without analyzing the waterfall in an average exit scenario. Founders should pay attention to the liquidation preference in the term sheet to ensure it does not become detrimental to them in a less than favorable exit. Better yet, get legal counsel.

5. Not having a strong second option

Investors are very good at their job: maximizing their return. When you only have one option, you will get squeezed because you have no leverage. Another funding option, a no-funding operating plan, or a M&A option is critical to getting the terms you need in the timing you want. Create urgency by ensuring competition on both sides of the deal.

6. Trying to optimize for everything

When raising a round, you have to choose what you’re optimizing for in the round. There are four possible vectors and realistically you can only optimize for two during a raise. These vectors are speed of raise, certainty of raise, valuation/terms, and quality of investors. I made the mistake of trying to do three and in the process missed out on investments from some folks whom I wanted in the round.

[Tweet “”There are four possible vectors and realistically you can only optimize for two during a raise.” – via @brewws”]

7. Not talking to the decision maker

We worked closely with someone at a firm who wasn’t a partner and couldn’t make the funding decision himself. We ended up wasting a few months in the fundraising process before the partners decided to pass on our company. That was time we could have spent building relationships with other firms.

8. Not doing due diligence

It’s important to be as informed as possible about the historic investments of one’s donors and investors. I have made the mistake of not doing enough upfront research about a philanthropist, which hurt our fundraising efforts. Our pitch didn’t fit the donor expectations or budget. We now structure time for due diligence to manage expectations appropriately.

[Tweet “”It’s important to be as informed as possible about the historic investments of one’s donors and investors.” – via @mscarrierich”]

9. Not keeping it simple

As a business owner, you’re thinking about your business and industry 24/7. Over time, you become an expert. But that doesn’t mean potential investors are experts. It’s easy to come up with pitches and presentations that leave your audience guessing. So keep it simple. Show how your idea solves problems with a tightly crafted solution and convey that in plain, uncomplicated language.

[Tweet “”Show how your idea solves problems and convey that in plain, uncomplicated language.” – via @milesj”]

Have you made one of these funding mistakes? What did you learn?

Scott Gerber is the founder of the Young Entrepreneur Council (YEC), an invite-only organization comprised of the world's most promising young entrepreneurs.