I received an email over the weekend from a reader of my 3 Weeks to Startup book, asking me this:

I have recently secured a business name (I’m not including the real name. Call it ACME). I’ve done some research and it looks like it has not been taken in my hometown. However, it is being used in a neighboring state, and I did read that each state has different laws. Can I be “ACME” in my home state where it has not been used, and changed to “ACME of Florida” where it has been used already? 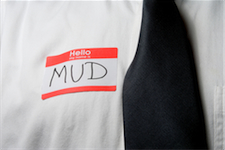 My answer: That’s a really bad idea. If you grow, or want to grow, with that name that somebody in the neighboring state already has, that company can stunt your growth completely by objecting to the confusion. And if the other business had it first, you’re out of luck.

Don’t be fooled by being able to legally register a name in one place or another. That doesn’t mean you won’t get in trouble later on. Legally there could be an ACME corporation in every state in the union, but as soon as one of them starts to bump into the other in the same type of business, then the second business in the market or state loses.

Important note: I am not an attorney. This is not legal advice. When in doubt, see an attorney.

For additional information, you might try this article at bplans.com and particularly this name game disaster story from a couple of months ago on this same blog.