2 Min. Read Plan As You Go By: Tim Berry

Let’s look at a simple example of how the plan vs. actual analysis works.

For the record, in accounting and financial analysis, they call the difference between plan and actual variance. It’s a good word to know. Furthermore, you can have positive or negative variance, as in good variance and bad variance.

I’d like to show you that with a simple example. Let’s start with a beginning sales plan, then look at variance, and explore what it means. This is a simple sales forecast table — a portion, showing just three months — from a standard sales forecast. 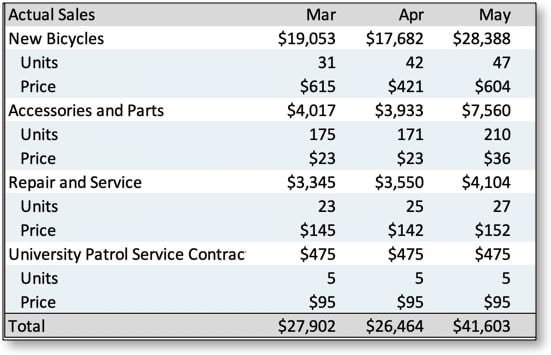 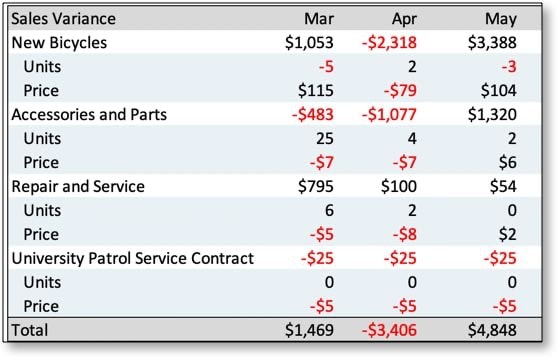 That’s where the management begins. The variance leads to questions about pricing, marketing, promotions, and future projections. Do they worry about selling fewer units, at higher prices? Do they take that as a marketing or seasonal trend? Or a successful change of product variety to favor the higher-priced bikes?