A Rose Maybe, but Not Your Business

As I write this I’m looking at an email question that got to me through the bplans.com network. She’s buying a business she’s worked at for five years, and wants to change its name. She thinks a new name would be better and, as I read the email, I sure like the new one better. But she asks “if there is an additional fee to change the name.”  I decided to answer that question here. 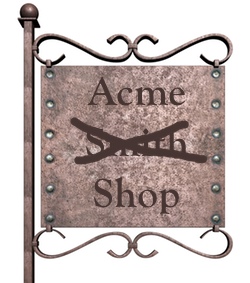 A rose by any other name might smell as sweet; but a business? Not necessarily.

1. The fees are trivial.

Yes, depending on where you live and what the situation is, you’ll almost certainly have to spend something between $35 and $100 to register a legal name change. These are usually done by the county, not the state. They are called ficticious business names, or DBA, for “doing business as.” You have to go to some office, fill out some forms, and take out a legal ad. It’s a pain, but only about half a day and one good dinner’s worth of pain.

2.  Nothing else about a name change is trivial

You’re asking the wrong question. The legal part is by far the easiest. You also have to deal with the trade-offs between five years of business history going up in smoke, all the signage, advertising, word of mouth, not to mention collaterals, website, domain names. It goes on and on.

A company with a changed name looks to all the world like a brand new company. It may have history in its legal soft white underbelly, but to the world, it’s new.

We moved Palo Alto Software from Palo Alto, California to Eugene, Oregon 18 years ago. We never considered changing its name.  It’s been mildly annoying as we get more and more immersed in the local community; it would have been nice to have been Eugene Software (or Cascade Software, or Willamette Software, maybe) when we won some local awards. But we had more than five years of history when we moved, and we didn’t want to lose that. We might have considered it for a split second, but we dismissed it.

In most cases the most powerful asset a business has is its name. Changing the name of a healthy business is often a disastrous idea, to be taken only in very special circumstances.

3.  And yet, sometimes, it is still a good idea

Here’s where I contradict myself and the rest of this post: there are those special situations when a new name is a great advantage. Think of why people might post “under new management” in the window of a retail shop or a restaurant.

Change can be good. Maybe the business was dragging its ass, stale, and badly in need of a new name, a new look, and a new vision. Maybe this is the perfect touch for the transition that’s actually happening, you buying the business. It says it’s you now, not the previous owners. It says fresh start.

And if that’s the case, do it. And if you do, there will be a small legal hassle, but that will be the least of your worries.