Intellectual Property is a Jungle Thicket

Darren Dahl brought back some bad memories with his A Small-Business Guide to Intellectual Property in The New York Times last week. Not that his story is off base, either: He seems to have things pretty much straight. Even so, he may be way too optimistic. 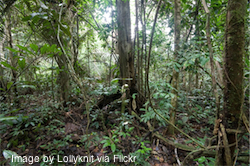 Out here in the real world, from my experience at least, things are often worse.

For the first example, he tells how Daniel Lubetzky discovered that a competitor had done a knock-off package that looked like his company’s snack bar:

He kept hearing how one of his competitors had copied the packaging, look and feel of his bars.

Fortunately for Mr. Lubetzky, he had secured crucial components of intellectual property like trademarks, trade dress (the look and feel of a product) and web addresses after founding his company. Unlike a patent, which can cost up to $25,000 to secure, trademarks and web addresses can be obtained relatively cheaply and without the aid of a lawyer.

Several years ago my company had a bad experience with a competitor who brought out a new box that was so much like our market-leading box that our sales reps called complaining we’d brought out a new product without telling them. We had one of the best intellectual property lawyers I’ve ever heard of, and we had all the trademark protection he could think of, but it turned out that copying packaging is not illegal. You watch the key trademarks, make things look the same, and the consumer gets fooled.

You’re probably thinking we didn’t have the right lawyers, but if so, take a stroll down the retail shelves of any office superstore or a grocery store and count how many packages look like their competitors. The imitators copy market leaders.

I think the package knock-off strategy sucks. But it also works. People make money that way. And most of the time, it’s not illegal, and trademarks and copyright are easy to work around.

And then, second example, patents: The patent system is broken. Just read what Wikipedia says about patent trolls. Here’s what a patent troll does: 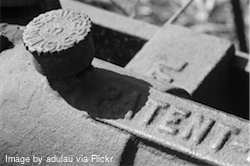 But to be fair to Darren Dahl, he doesn’t talk about patent trolls, but he does summarize very well the frustration of patents in general:

Actually, what a patent does is give you the right to prevent someone else from producing what your patent covers. “Having a strong I.P. position helps ensure that other people pay you for your innovation like they would a toll on a road,” Mr. Kocher said.

But even if you do have a patent, there’s no guarantee that someone won’t try to get around it. There’s also no guarantee that you will win if you fight that person. But if you have your I.P. ducks in a row and a commitment to do whatever you can to defend those rights, you do have a fighting chance–even in a fight against a much larger company.

I don’t want to be too negative, but sometimes it seems that the “fighting chance” he mentions is also too optimistic. The world of high technology is littered with the corpses of companies that eventually won their cases on appeal, but the company was lost in the meantime.

And I’m not saying that as an entrepreneur you should ignore patents, trademarks or copyright. No. You do what you can to protect yourself as best you can; but don’t think that it’s easy. And don’t think the system actually works.