Ada Lovelace Day: Who Inspires You? 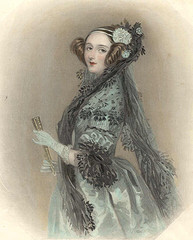 The “father of computing” is Charles Babbage, and he is taught about in computer courses, and history courses, and economics courses. But there is another visionary who brought computers as we know them into our lives, a person you may never have heard about: Ada Lovelace, the “mother of programming” and the person widely regarded as the world’s first programmer. She was a visionary, and an inspiration to boundary-breaking women everywhere.

Today is Ada Lovelace Day, an annual celebration of women in STEM (science, technology, engineering, and math) during which women are challenged to write (and post) about the women in tech who inspire them.

Thinking about who inspires me, I wasn’t sure where to start—there are plenty of women who have inspired me, both from the past and in the present. There have been groundbreaking women throughout history, and there are plenty of modern women breaking boundaries and glass ceilings in technology and programming. When I first sat down to write I was thinking of women like Sheryl Sandberg and Marissa Mayer. But though they are both inspiring in many ways, I have never met them, have never spoken to them, and they have never viscerally inspired my day-to-day life as a programmer.

There is one woman, however, who has—and she probably doesn’t realize just how much impact she has had on my life, my career, and my outlook on myself. She is Sabrina Parsons, the CEO of  Palo Alto Software. 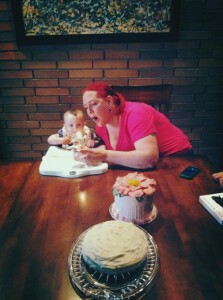 I have always struggled with the concept of having a time-consuming career and being a parent. I, like so many women in technology, was subconsciously taught that I had to choose. Family or career – leadership comes with a price. Earlier in my career, the timing of my first child was fortunate. My husband was about to start medical school and we were moving to San Francisco. With a combination of student loans, family leave and unemployment, I was able to quit my job, move, and take four months off before going back to a new job in the city. We struggled, but it was important to me that I had that time with my newborn son. Wherever we were during the medical school years, we weren’t far from family, and we had a support system that we could lean on in times of need.

When my son was 5, we moved up to Oregon so that my husband could complete his residency, and I found myself at Palo Alto Software. Programming is a heavily male-dominated field, and I had never met a female CEO before—I wasn’t really sure what to expect. We had a program at the time called “Lunch with the CEO”, in which a small group of employees would sit down and have lunch with Sabrina and ask her questions or make suggestions for the company. I’m not sure what I expected, but what I saw in her was immediately comforting—I recognized the strength and passion, but she was also down to earth and cared about the company and its employees like family. She was easy to talk to, open to suggestions, and I found myself talking to her more and more. 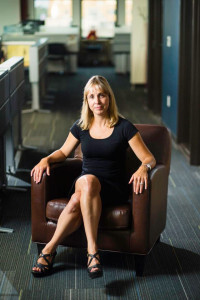 Palo Alto Software is a family-friendly company, and Sabrina is a mom with three kids—her two oldest sons straddle my son in age. A few months after starting, I was having trouble with my son’s school—trying to navigate the waters of a gifted child, and not knowing what to do, or what resources were really available in Eugene. I remember feeling lost, and swallowing my pride, walking in to her office and asking for advice. She took the time to share with me what she has experienced in the community as a mom, and how she has navigated those same waters. I started to read her blogs and realized just how much of a champion for women and family she is.

As my career with Palo Alto progressed, and leadership opportunities presented themselves, I grew and rose to the challenge. When I learned that I was pregnant again, I was overjoyed, as it had been a struggle to have a second child. Then the reality started to sink in—how was this going to work? Our entire family support system was a 2-day drive away. I was in a leadership position at work, and I couldn’t see how I’d be able to take a significant amount of time off—but I also couldn’t imagine not having that time to bond with my newborn. I kept going and tried not to think about it, telling myself that we’d cross that bridge when we got there. Then came the offer, from Sabrina, that the company would do whatever it could to support me, whether that meant extended leave, or working from home, or working part-time, or bringing my baby in to work with me. Sabrina had brought each of her kids to work with her, and she felt strongly that the workplace should make room for family, not the other way around. So, three weeks after my daughter Grace was born, she came with me to work. She came to the office with me every day for six months, and that opportunity was an unimaginable gift.

For the first time in my career, I didn’t have to choose—instead, my work became a part of my family. I learned from Sabrina how to be passionate about my job and my family at the same time. I learned that I was stronger than I had thought, and more capable than I had imagined. I learned that behind strong leadership is a fundamental commitment to others, to the employees that make a company strong.

Sabrina is a leader and a champion, making sure that her vision for women in technology is realized instead of just written about. She inspires with her actions, not just her words, and has given me a vision of the kind of leader that I want to be.

So, Sabrina: Today, on Ada Lovelace Day, I want to take the opportunity to say thank you. You inspire me to do more, to champion more, to lead more, to be more – by being a fabulous CEO, a brilliant business woman, a beautiful mother and a strong and passionate leader who helps me redefine what leadership really means to me, every day.

Lara Fields is the Product Architect for LivePlan at Palo Alto Software. She loves programming, art, her family and lattes.