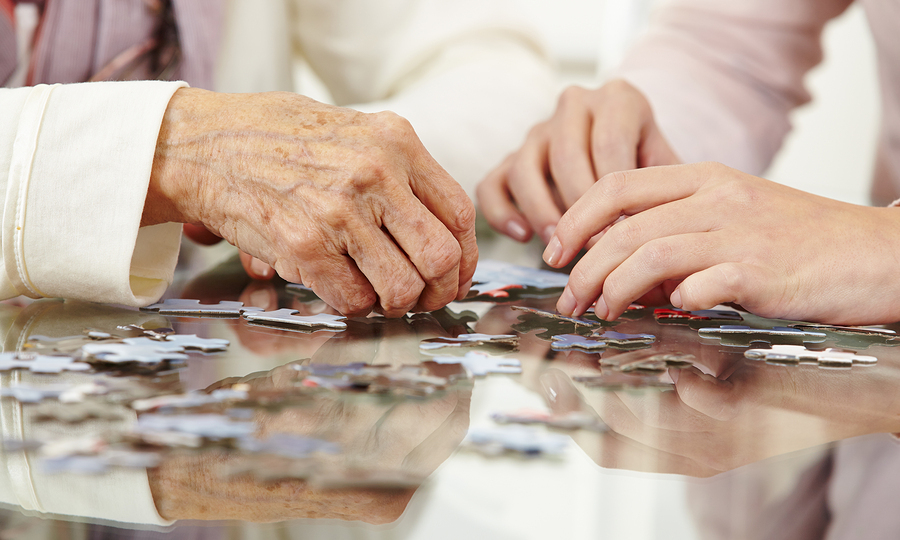 When I first mentioned my plans to open an assisted living home a few years ago, the feedback was unanimously positive.

Family and friends knew I had always wanted to own my own business. They, like me, had also absorbed the persistent media message about the “graying of America.” Opening an assisted living home to serve the baby boomers—who were then beginning to turn 65—seemed like a can’t-lose proposition.

Unfortunately, no one in my circle ever asked me about a business plan. Actually, they hadn’t even asked basic questions about financing or labor costs. If they had, it’s likely my head would have exploded. Why? Because I couldn’t fathom my assisted living home failing. It didn’t occur to me that it could.

See Also: How to Start a Care Home Business

So, what is assisted living?

An assisted living home is a residence designed for older adults who are still mobile but need help with one or more necessary activities (bathing, eating, and so on). Roughly speaking, an assisted living home is the midpoint between an independent living community (where healthy, youngish seniors live) and a nursing home (which exists for the frailest of seniors who require 24/7 care). The typical assisted living resident is a woman, about 85, who stays for two years.

Semantics vary by the state as well. In Washington, where I live, small assisted living homes are known as adult family homes. In other states, they’re called care homes, adult care homes, residential care facilities for the elderly, or some other variation of terms.

The divide between a small home and a massive building is about more than size, however. It’s a completely different business model. When doing research, it’s critical that you pull data for the type of facility you plan to open. Otherwise, you’ll draw the wrong conclusions, which could lead to a financial disaster.

If you google the word “assisted living,” you’ll be hit with ads for large scale companies and the referral services (i.e., brokers who make money placing residents in assisted living homes).

Now, most of the large assisted living companies are public companies, REITS (Real Estate Investment Trusts), or owned by hedge funds. In other words, they’ve got deep pockets.

The industry has been consolidating in the last few years, creating massive new companies, where “assisted living” is just another form of real estate ownership. In fact, as these companies form, merge, or sell, the first action is usually to separate or spin off the service aspect of the business (caretaking, meals, and so on) from the underlying real estate. Looking at the financials for this type of juggernaut is a complicated matrix that only a CPA could understand!

In 2012, when I was most serious about buying an assisted living home, large firms were reporting occupancy levels between 89 and 92 percent. I assumed these statistics applied across the board, to all assisted living facilities, making my business dream even more hypnotic. With resident fees running between $3K-5K per month, the cash register was dinging in my head.

Thankfully, I held off making an investment decision before doing more research. I moved cross country in late 2012 and immediately began talking to assisted living home owners and managers.

The first person I visited was the manager of a large, family-owned facility. He looked positively exhausted. His facility, at forty years old, was having trouble attracting residents. The problem was that historically low-interest rates were fueling an assisted living building boom. The new properties were sleek, modern, and amenity-rigged. He simply couldn’t beat their value proposition.

While his experience gave me a macro view of the large facility landscape, it wasn’t particularly helpful for the type of business I envisioned. So, I began calling smaller homes, and some of the owners were kind enough to speak with me.

It became clear that I hadn’t grasped three major risks of the business. Any one (or three) were capable of blowing a hole in my would-be business’s profitability.

The single biggest cost for an assisted living home is labor. Were I to open a home, I would need to pay caretakers around the clock. Either that, or I would be the overnight caretaker. At least in the early days, I’d be chained to the business.

Other homes make use of volunteer labor. Volunteers don’t do the caretaking, but they do provide other services for the residents (e.g., entertainment) that make caretaking easier. In some cases, high school and college students can earn course credit by volunteering at an assisted living home.

Unlike nursing homes, assisted living homes generally do not accept Medicaid or other government funding. They pay cash from their savings, or they sell their house in order to afford monthly payments. Which leads to the third risk…

A small pool of prospects means intense competition for every resident at an assisted living home. Typically, the family of a resident looks at two, five, even ten homes before making a decision. That means always selling, always being “on,” and hopefully, always closing.

Many assisted living homeowners are nurses or nursing assistants. They have a deep reverence for the elderly and take excellent care of them. However, these same compassionate people sometimes feel dirty or unethical trying to close customers.

So to keep their pipeline full, assisted living homeowners often rely on the referral agencies. These agencies charge a fee for every resident who moves in. Residential turnover is unpredictable and often high, regardless of satisfaction level (for example, instances such as death or illness). Which means an owner may pay multiple fees for the same bedroom in one year. Not surprisingly, owners come to resent these agencies.

The up-close interviews scared me. So, I never opened my own assisted living home. But I did work closely with other homeowners throughout the U.S. in 2013 and 2014 as a copywriter and marketing consultant.

Put it under scrutiny and revise as needed. I still shudder thinking how I almost poured my savings into a business that I had no business starting.

Seniors don’t normally travel very far when searching for an assisted living home. In most cases, it’s close to where they last resided, or where one of their children lives.

So, before opening a home, look at the demographic profile of the town, city, and county. Specifically:

You can find much of this data for free online. Be sure to read How to Do Market Research and Market Research Resources for more on researching the market you plan to enter.

Running an assisted living home means having to file a good amount of paperwork. It’s not as bad as some other businesses, but the penalties for getting behind are more severe.

In many states, even minor infractions (e.g., late payment for a license) will put you in the state’s digital doghouse, which means anyone looking at your home via the state website will see a notice. The first assumption—trust me—will be that it’s for something serious. Your home will be dropped from consideration. Better to never make it onto the penalty list in the first place.

Assisted living homeowners who offer premium service (organic food, luxury bedding, and so on) weather lean months better than those who don’t. The reason is that the profit margin on premium service provides a cushion. Premium service also acts as a way to differentiate the home.

Selling something as expensive as assisted living means understanding the customer journey. Savvy owners structure their marketing efforts in a series of steps, all of which provide the prospect incentive to keep going. Selling, of course, starts with little things like a cheerful voice answering the phone.

Eighty percent of small assisted living homes close within five years. That sounds awful, but that’s about the same failure rate for small businesses in any industry.

No doubt, senior care is hard work. But when you understand the three biggest risks in opening an assisted living home, you’ll be in a much better position to handle them, should you go ahead.

Mike Devaney is a freelance copywriter with a bias toward direct response tactics. His clients run the gamut from small businesses to startups to Fortune 1000 companies.

Want to Start a Home Health Care Business? Here’s How.

Start a Home Based Business

Want to Start a Home Health Care Business? Here’s How.

Start a Home Based Business