It’s a simple idea, really. The e-mail I got from Christopher Dabrowski described it as:

Canadian Entrepreneur Jennifer Blakeley spent three years traveling across North America to collect photographs of objects and scenery that resemble letters of the English alphabet. The idea was inspired by the children’s book “Alphabet City”.

It looks like nice photographs, carefully collected, used to write a word as a collection of photographs. For example, I typed in “Tim” and here (below) is what came back.

The idea is simple, right? Jennifer Blakely took her talent, what she likes to do, and found an angle. It’s not just take pictures and sell them; it’s something different and therefore more valuable.

She’s got the idea, the photos and the website, and now it’s a business.

Is there a problem? Sure, maybe somebody else can do the same thing. Does she have to move very quickly now, get investment, become known the world over as the photos and letters person? Before somebody bigger does it?

I don’t know. I doubt it. What do you think? 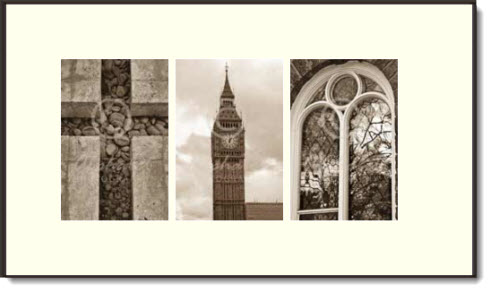