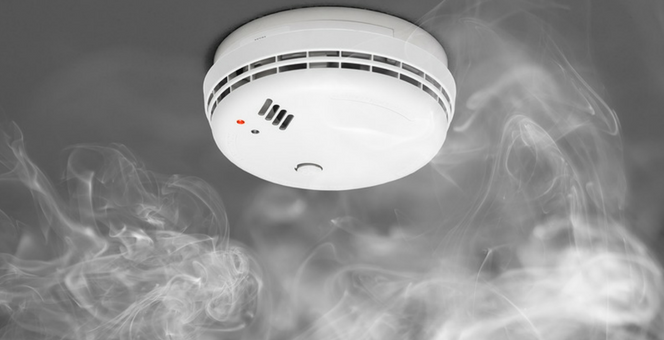 I work in business insurance, which means that as soon as I tell people what I do, they’re yawning. And yet, almost every business has some form of insurance to protect it from fires, lawsuits, and vandalism—things that are 100 percent not boring.

In fact, the first business insurance policies came from Lloyd’s of London, which used to be a coffee shop where sailors and merchants gathered.

It was a perfect storm: Lloyd’s picked up on how dangerous sailing was and that merchants wanted insurance in case their sailors were thrown overboard, goods were lost at seas, or pirates did pirate-y things. This little coffee shop starting selling marine insurance and soon enough, it became the nexus of the insurance world. Three hundred years later, it still is.

If you’re a small-business owner, chances are you don’t need pirate insurance. If you do, heaven help you. For most business owners, there are four non-pirate kinds of insurance that cover most major exposures.

General Liability Insurance is the meat and potatoes of insurance. Pretty much every business can benefit from it because it covers basic risks like…

Or to put it more simply, if you hurt someone, break something, or say something stupid, there’s a good chance General Liability Insurance can cover your business. Because it covers the basic risks of interacting with the public, you may need this policy to sign a lease for your new storefront or to open a bank account.

General Liability in the news:

A plastic surgeon gossiped to magazines that Sharon Stone had a facelift. Stone filed a slander lawsuit against the surgeon and won.

The damages awarded in the case are unknown, but here’s hoping the surgeon had General Liability Insurance, because that was probably a scary price tag.

We all mess up sometimes. Professional Liability Insurance is made for professionals who work in high-stakes industries where one brain fart or miscalculation could cause their clients to lose hundreds of thousands of dollars.

So who needs it? That depends, but you can probably benefit from this policy if…

Pay special attention to that second reason if you’re an architect, software developer, or consultant. In these industries, clients want reassurance that if you mess something up, you can cover their losses.

Here’s the beautiful part: Professional Liability Insurance can even help even when you’re blamed for someone else’s screw-up. That’s refreshing news to anyone who has worked on a project with people they’ve never met (client, contractors, vendors, and so on).

Professional Liability in the news:

Magician David Copperfield sued his accountant after he made Copperfield’s money disappear (I couldn’t resist). According to Copperfield, the accountant’s errors landed him with a bill for $470,000 in unpaid taxes.

If the accountant doesn’t have Professional Liability to pick up that bill, hopefully he has deep pockets.

See Also: 7 Things You Need to Remember About Workplace Safety

Workers’ Comp Insurance was the compromise: if an employee is injured at work, this policy helps cover their medical bills. The employer pays for the policy and the employee can’t sue if they accept the benefits. It’s a solid enough deal that 49 out of 50 states require businesses to have Workers’ Comp.

As long as the employer didn’t do anything seriously stupid, like ask their employee to stick their hand in a toaster to fish out a stubborn Pop-Tart, the employer is usually protected from a lawsuit, as long as they’ve fulfilled their Workers’ Comp obligations.

Workers’ Comp in the news:

The result? Too much realism.

Stallone was hospitalized after the blow to the chest caused swelling that pressed against his heart. Because this accident happened on the job, Stallone could have filed a Workers’ Comp claim to cover his medical bills.

See Also: 5 Common Workplace Lawsuits and How to Avoid Them

Property Insurance is a pretty easy sell: you’ve got stuff, and you want that stuff protected from things like…

Say your run a candle business, and one test candle goes rogue and burns down your shop. All you’ve worked for is now a heap of melted wax, but if you have Property Insurance, your insurer can pay to repair or replace the damaged property. This will at least help take the financial sting away.

Property Insurance is fairly straightforward, so here’s something you may not know: most policies can be supplemented with Business Interruption Insurance, which is, in a nutshell, pennies from heaven.

Back to the previous example: In the Great Candle Fire of 2016, your building was burned to a crisp. There are no longer doors to open. But take heart, intrepid candle maker—your Business Interruption Insurance can reimburse you for the revenue you’re losing by staying closed for repairs. Even though your business can’t operate, your insurance makes sure that you still have money to make payroll, taxes, and loan payments.

Here’s another cool feature: Property Insurance usually can also offer supply chain interruption coverage. Say you’re the world’s best cranberry sauce maker. But a drought in Wisconsin affects your main supplier of cranberries, and suddenly you’re a saucier with no sauce. Supply Chain Insurance can cover lost income if your suppliers are affected by a weather event which keeps your business from functioning normally.

Property Insurance in the news:

The Federation of Quebec Maple Syrup Producers is an organization that does exactly what its name suggests—produces lots of maple syrup. But in 2012, 6 million pounds of maple syrup were stolen from its facilities. The losses amounted to $18 million. Let’s hope the Quebecois had insurance to cover to their precious syrup.

In the 300 years since sailors congregated at a London coffee shop, business insurance has adapted to fit the needs of a constantly changing world.

Maybe insurance won’t inspire a Hamilton-esque musical anytime soon, but for those of us in the industry, it’s fascinating to see how it has evolved into a product that protects small-business owners from their everyday risks.

Max Schleicher is based in Chicago, and works as a digital marketer at Insureon.