What Apple Can Teach You about Marketing

Why is Apple’s marketing strategy so great? It appeals to consumer values, and is always evolving.

Few iPhone users would identify “hedonism” (or the pursuit of pleasure) as a core value in their lives, but when you look at the sentiments behind Apple’s marketing strategy for the past 30 years, you might not be so quick to disagree. This extremely human core value is a key factor in Apple’s success today, despite the fact that the company based its marketing on entirely different values when it first began.

The unmitigated success of Apple’s products and its ability to shift values over the years are clear indicators of what we already know to be true: Apple lives and breathes values-based marketing, and so should your business.

If you’re new to values-based marketing, you should familiarize yourself with Schwartz’s circumplex model of values. This model organizes human values into one system that can help you pinpoint the most effective way to market your products. The values outlined in the Schwartz model, such as hedonism, stimulation, and self-direction, make up a new wave of suspiciously successful values-based marketing. 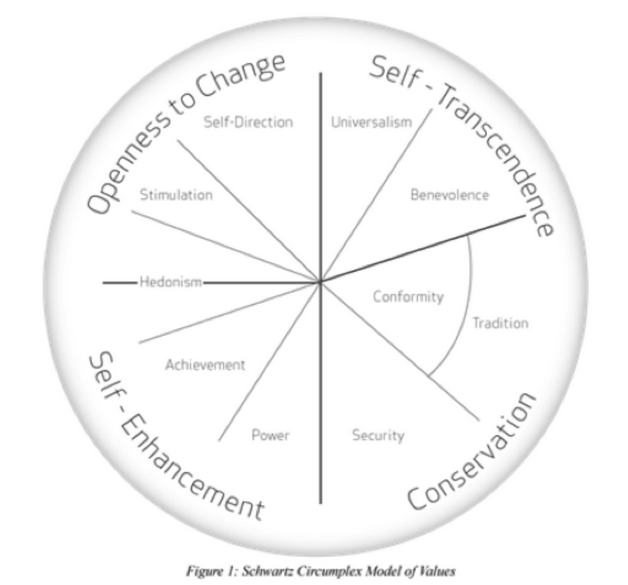 This approach has been adopted by several major brands. Microsoft’s recent “Empowering” campaign tugs at our heartstrings, while Amazon’s promo for the new Kindle Unlimited service appeals to readers’ desire for instant gratification.

Values-based marketing is so effective because values, unlike beliefs, are not just static ideas. Rather, when values are activated, they become infused with deep feeling. Marketing that taps into this relationship between belief and action ignites a powerful desire to act within consumers.

How to Activate Consumers Through Values-based Marketing

Long-lasting, high-profile success isn’t just a matter of creating the perfect product. It’s a matter of speaking to the right values from the get-go and then allowing those values to shift as your target market and company’s products mature.

Here are three powerful lessons from Apple on values-based marketing:

What are the top five apps on your iPhone? They aren’t saving lives, that’s for sure. Yet people like you and I account for 150 million iPhones sold in 2013 alone. You don’t need the iPhone 6, but you want it—desperately.

Selling a product that people want is as simple as providing an opportunity for your customers to fulfill their need for stimulation, power, self-direction, or another dominant value. Tap into these values with your branding and advertising, and your market’s “want” for the product will bubble uncontrollably.

2. Make your product a values statement

How you appeal to your target market through values must align with that target market at the right time of your company’s lifecycle. In 1984, Apple believed that non-conformist messages would appeal to its target market. Once Apple’s products were more accepted by the mainstream, the marketing message shifted to more hedonistic values.

This shift in values can be risky. You have to recognize your competition’s approach and comprehensively analyze the macroeconomic environment to be successful.

3. Shift your offering as values shift

Instead of gathering around the table, my family often eats dinner in front of a laptop or tablet, taking the latest BuzzFeed quiz or binge-watching “The Walking Dead” on Netflix. Those who value tradition over non-conformism and hedonism would be horrified, but they aren’t Apple’s target market.

Think about the pleasure you get from downloading a new app or hearing a great new song (curated by Apple’s recent acquisition, Beats Music). Apple’s obsession with hardware, visual design, and simplicity reinforces its dedication to make its product and presentation beautiful to use, look at, and hold, which appeals to the values of its current market.

What do you think are some of the most important consumer values?

What do you think of Apple’s approach?

Who else echoes consumer values?

Share your thoughts with us in the comments below.

Jack Holt is co-founder and CEO of Mattr. Mattr is easily accessible software that segments brands’ social audience with values and personality analysis.