Are you an Ebenezer Scrooge or a Bob Cratchit? Our Favorite Christmas Movie Villain Bosses 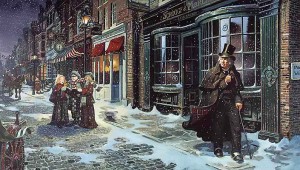 1. Ebenezer Scrooge, A Christmas Carol: Charles Dickens’ classic tale of greed and redemption is a holiday staple, and to the casual observer, the story’s main protagonist, Ebenezer may seem to be a one-dimensional, miserly villain, but he’s also the original bootstrapper! Cutting-costs by skimping on coal?? Working long, efficient hours hunched over a leger to ensure that every penny of profit is squeezed out of the bottom line?! Bah Humbug! Bah Humbug to us all!

2. Max Shreck, Batman Returns: Christopher Walken breathes life into the creepy, twisted, hilarious Capitalist Villain Max Shreck in Tim Burton’s dark and moody sequel to the even darker and moodier 1989 film, Batman. The film plays heavily upon themes of wealth and working-class-life, industry and the lack of morality in business. There’s also some stuff in there about Michelle Pfeiffer in a skin-tight black rubber bodysuit. 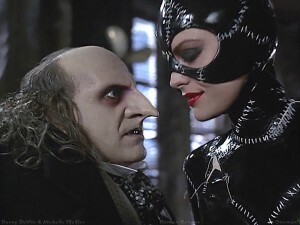 4. Frank Cross, Scrooged: This is technically a reboot of Dickens’ Christmas Carol but I give it honorable mention because it’s my favorite Christmas movie of all time. Bill Murray takes the Ebenezer Scrooge character and plays him as a wise-cracking, heavy-drinking, TV executive who starts out as kind of a regular guy but quickly becomes sucked into the cut-throat world of television broadcasting. The film is both sidesplittingly hilarious and wonderful. The moral: If you see Carol Kane coming at you with a toaster…RUN.

5. Frank Shirley, National Lampoon’s Christmas Vacation: Christmas bonuses are canceled! You are now all enrolled in the “Jelly of the Month Club.” 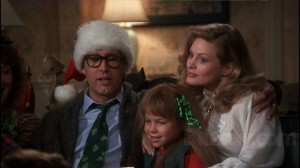 Bosses too busy for business planning