Attention Entrepreneurs: Walk Before You Run 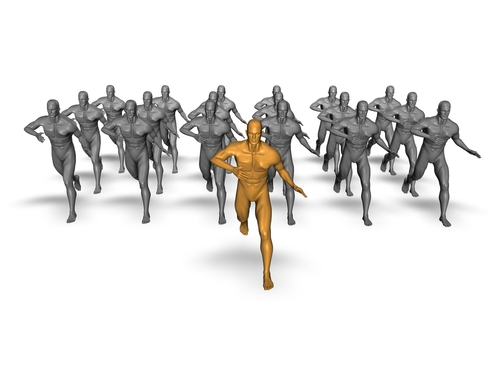 Entrepreneurship continues to be a sexy topic for governments, with every country worth its salt trying to create its own tech hub, mimicking Silicon Valley. The appeal of promoting entrepreneurship is obvious. After all, entrepreneurs can do many good things, not least to create wealth and employment, pay taxes and help the balance of trade through exports.

From a young person’s perspective, with tight labour markets, decreasing barriers to entry, low capital-intensive business models and immediate free access to a global market, the appeal is also compelling. What is there not to like? Not much, it would appear, as evidenced by the growing numbers diving in and starting up, regardless of their skill sets and backgrounds.

There is one major problem with all of this, and it’s a dirty little secret that very few want to talk about: the odds of success remain spectacularly remote. Eric Ries, author of The Lean Start-up, puts it best: ‘The grim reality is that most start-ups fail. Most products are not successful. Most new ventures do not live up to their potential. Yet the story of perseverance, creative genius and hard work persists.”

Sean Seton-Rogers of PROfounders Capital recently claimed that of the more than 3,500 business plans they had received, his London, U.K. -based venture capital fund had just invested in 17 companies. This tiny percentage is pretty typical, and represents a lot of time wasted by all concerned. And besides, obtaining early-stage investment is no guarantee of success, either. Surely we can do better?

We’re all failing this generation of entrepreneurs by not being tough on them. We ought to curb their abundant enthusiasm when needed and force them to answer the hard questions. We should be completely ruthless in our assessment of them. We need to be brutally honest, and tell more people that they need to stop what they’re doing and do something more productive, rather than advise them to “try harder” when facing adversity.

Similarly, we need to stop encouraging entrepreneurship without acknowledging the extremely long odds of success, the numerous downsides and the fact that many of today’s entrepreneurs are tomorrow’s social welfare recipients. Otherwise, we’re just kicking the can down the road until the point when these “entrepreneurs” can no longer pay their bills, their enthusiasm is smashed to pieces and they become yet another business statistic.

I work with entrepreneurs and have a pretty good window into their world. What I am seeing is too many poorly-skilled young people lacking business acumen and trying their hand at starting their own business, when their time could be much better spent on other pursuits such as learning to code.

The signs to me are all too obvious from our conversations. Some entrepreneurs ask me whether we have a business plan for an “internet business”, as if there’s a secret recipe they could use. Others send me unsolicited emails looking for free advice on very specific issues, despite not having met me, nor knowing whether the industry context or country is one I’m familiar with.

In the business plans that I review, I often come across glaring gaps that are simply insurmountable; e.g. plans to launch new alcoholic beverages in the UK without understanding the capital costs or the power of distribution in that industry. The list goes on.

To be clear, I’m not anti-entrepreneurship. I am just a little jaded with the one-sided view that entrepreneurship is a panacea for all employment ills. It is not a victimless pursuit for all and sundry. This cheerleading often comes from those with vested interests, rather than from successful entrepreneurs who have successfully exited businesses and are looking to encourage the next generation. We need a much more balanced narrative.

Encouraging risk taking is to be lauded. After all, as George Bernard Shaw once proclaimed, “progress depends on the unreasonable man” and we, as a society, benefit from those willing to challenge the status quo. Of course, we need to encourage the “crazy ones, the misfits, rebels and troublemakers”. However, we also need to ensure that those who are not qualified to start a business are not encouraged to do so.

As a friend who works in a bank recently said to me, we should force entrepreneurs to take a test before they start. In practice, of course, his suggestion is not very practical. But he, too, was troubled by our collective failure to align entrepreneurship as a career choice for skilled and financially literate entrepreneurs who have some business acumen, rather than as a realistic option for everyone. Of course anyone could give me examples of successful entrepreneurs that left school at 12 and are now worth millions, but these represent such a tiny minority that they are simply statistical outliers.

Instead, we should be encouraging young people to learn the skills they need to build and sell the next generation of products and services that we will consume, rather than encouraging them to jump straight into starting their own business. We also need to revisit traditional university courses and recognise that, in many instances, we are training them for jobs that no longer exist. We should be teaching them more about entrepreneurship including a strong emphasis on cash-flow management and financial literacy.

Entrepreneurship is a phenomenal career choice, but we need to better equip our youth for its challenges rather than blindly encouraging them. Collectively, we need to do better.

For technology entrepreneurs, we need to encourage them to understand the lean startup methodology, as a means to help them validate their assumptions. We should remind them that, as Steve Blank said, “a startup is an organization formed to search for a repeatable and scalable business model.” They need to have a better understanding of the process rather than myopically focus on building something without any clear sense of the market size, the likely demand or their costs of customer acquisition.

At the same time, we need to push back on the growing belief that they can eschew writing a business plan when they are too busy “doing”. We need to insist that they set goals and milestones, create cash flow forecasts and devise ways to test their assumptions.   We need to remind them of the role of survivor bias in the dominant narrative of entrepreneurship so they recognise that the typical journey is actually extremely challenging and that success stories like Instagram are mere anomalies. As Eric Ries states: “We all know stories of epic entrepreneurs who managed to pull off a victory when things seemed bleak. But we don’t hear stories about the countless others who persevered too long, leading their companies to failure.”

Some of our tech journalists also bear a responsibility, with nascent entrepreneurs receiving glowing appraisals without any rigour as to what evidence of demand they have for their product or service, or whether their claims as to customer numbers can be substantiated, or whether there is even a viable accessible market for their offerings?

These technology publications must do a better job of curating, so we as readers and consumers can learn about the start-up businesses with real potential, which are gaining real paying customers. At the moment, there is simply too much noise, and much of it is taken up by those who have little chance of success. I’d rather our tech journalists recalibrate their focus on those companies that are demonstrably gaining traction (as evidenced by revenue) rather than focus on the latest shiny social media offering with a dubious value proposition.

We need to remind would-be entrepreneurs that raising finance is one mere step on the journey rather than a cause for celebration.   We should also be encouraging our young entrepreneurs to work in the industry they intend to set up in before they commence. Too many of those I meet have little – if any – experience in the business area they are looking to set up in, which lengthens the odds of survival even further. In short, we need to do a lot more to de-risk the choice for young entrepreneurs and ensure that they have a better sense of what they need to know before they take the plunge.

Let’s teach our young entrepreneurs to walk before they can run; to serve an apprenticeship before making themselves “founder and chief executive officer”; and to learn the skills they need, rather than assuming everything can be learned “on the job”.

We need to reposition entrepreneurship so young people have a greater understanding of what it entails, “warts and all”. And finally, we need to remind the cheerleaders that starting a business is not to be taken lightly. For those that lack the skills, acumen and wherewithal it is simply not a viable career option.

This Article originally appeared in The Kernel Magazine.

Youth Entrepreneurs, Why You Should Help These Upstarts With Their Startups

Pay Attention when your Business Plan says NO

Youth Entrepreneurs, Why You Should Help These Upstarts With Their Startups