The Best Places to Start a Business in 2015

You’ve no doubt heard what they say in real estate: location, location, location. When you’re looking to start a business, it rings just as true. Knowing the easiest place to set up shop with the highest chance of success, is key no matter what field you’re in.

Over time, through development and expansion, the best places to start and run a business change. We’ve done the legwork for you on the current hot spots and up-and-coming scenes for next year.

Here are some the places that entrepreneurs world over, might do well to start a business in, in 2015.

In the United States:

According to World Bank Group’s, “Ease of Doing Business” rankings, the U.S. is seventh in the world for best places to start a business. These are some of the cities where things are looking particularly good.

The Denver skyline at night.

Denver popped up quite a bit in my research, for a variety of reasons, not least of which is the controversial but recently legalized marijuana trade. This has boosted novelty tourism, and provides access to what is at this point a unique market.

Other reasons to start a business here include a decreasing crime rate; a great climate for winter sports enthusiasts; Colorado’s top ten rating for small business friendliness; and, according to the Denver Chamber of Commerce, the second most educated workforce in the country. 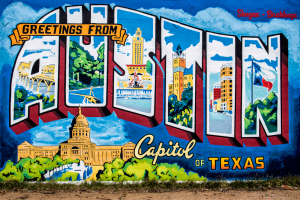 A mural in Austin.

Austin has become a darling for young people and pop culture lovers alike. Its quirky charm thanks to being a liberal enclave in the otherwise straight-laced state of Texas, is compounded by the popularity of the SXSW Festival, and other cultural influences like the “Keep Austin Weird” campaign.

Austin features a government-sponsored small business development program, and a reputable university business incubator. CNN reported Austin as one of the top places in the country to start a business. Thanks to  low corporate taxes, plentiful networking opportunities, and the low cost of living, we have to agree. Plus, the state of Texas got an A+ on Thumbtack’s 2014 Small Business Friendliness Survey. 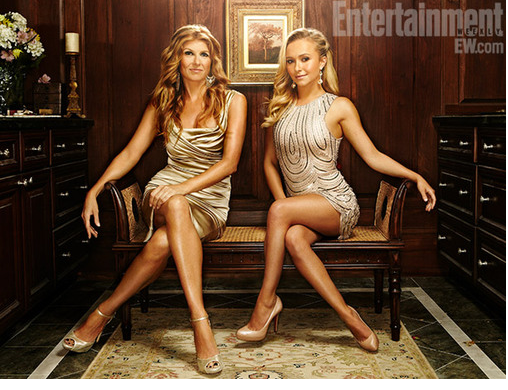 Nashville has been on the map for a while now, primarily thanks to its famous country music scene. Recent developments – including an influx of new college grads and the well-deserved (if you ask me) popularity of a TV show based in the city and bearing the same name as the city – have also made it cool again.

All of this means a big boost for the tourism industry. Combine that with a readily available educated workforce from six nearby universities, and the booming health care and auto industries in the area, and you’ve got a lot of opportunities. The city of Nashville also has a variety of business resources, including incubators like NBIC and a minority resource center. 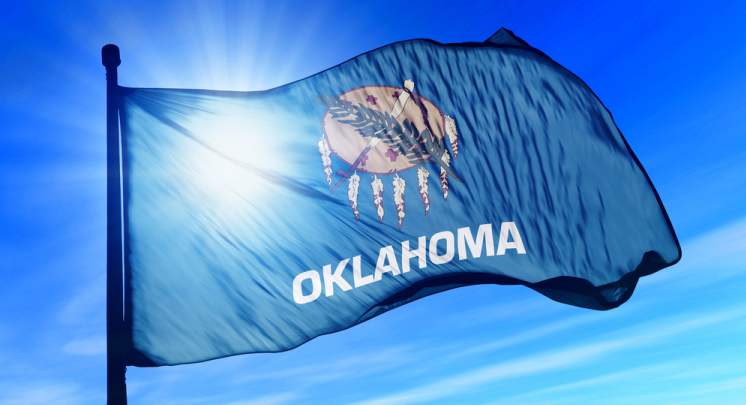 The state flag of Oklahoma combines symbolism from the Native American Osage and Choctaw peoples, prominent in the area.

For most people, Oklahoma City doesn’t have much of a reputation, nevermind a reputation for being a good business hub.

However, it has a lot going for it, including being named the number one city to start a business in by NerdWallet. A big part of the draw is access to funding; comparatively, banks here awarded more small business loans than any of the other 50 largest cities in the country. Additionally, Oklahoma City was ranked 3rd in the nation for training and networking opportunities.

As well as being a great place for business, Oklahoma also has a rich cultural heritage with the second highest population of Native Americans in the United States with over eight percent of its population belonging to an indigenous people.

Of course, you may not live in the U.S., or if you do, you may be interested in starting a business or expanding one overseas. Here are some great places to get started around the globe.

Ships arriving at the Port of Singapore, one of the busiest in the world.

You may not know much about this small, low-profile Asian country, but Singapore is number one in the World Bank Group’s rankings. It has some major claims to fame going for it in the business world, featuring one of the world’s busiest ports, and the world’s fourth largest financial center.

It’s relatively easy to get a line of credit in Singapore, and they now have straightforward online procedures for contract litigation, construction permits, and property transfers. Singapore also boasts low unemployment and corporate tax rates. 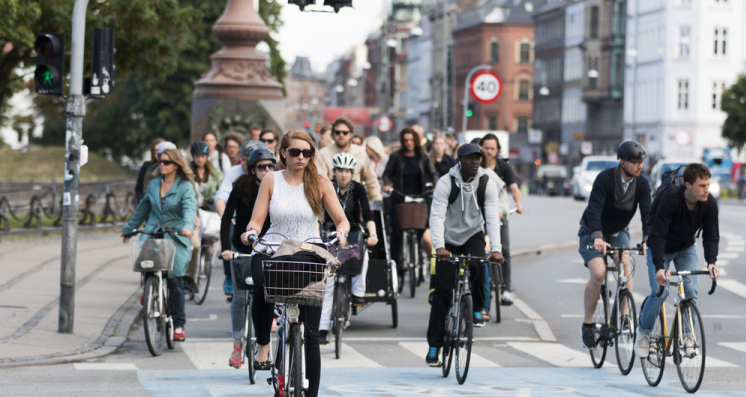 Droves of bike commuters in Copenhagen, the capital city of Denmark.

Denmark is in the World Bank Group’s top ten for ease of doing business. And, when it comes to starting a business, this country couldn’t make it any easier. Denmark’s own Ministry of Foreign Affairs encourages international business owners to set up shop here, offering lightning speed startup times (their website touts “online registration of new companies means you’re ready to do business within a few hours”), in addition to low tax rates. They have a detailed fact sheet available with extensive information about what it takes to start a business in Denmark.

Denmark is also a global leader in environmentally-friendly bicycling culture, and has a rich tradition of progressive politics on human rights and labor issues. 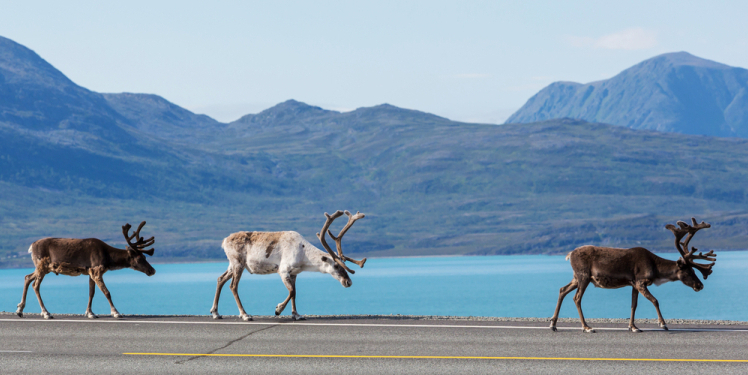 Arctic Norway lends itself to some ethereal sights, like these reindeer. Norwegian tundra is the only place in Europe where wild reindeer can be found.

“[Norway] ranked third in Gallup’s latest global happiness survey. The unemployment rate, just 3.5 percent, is the lowest in Europe and one of the lowest in the world. Thanks to a generous social welfare system, poverty is almost nonexistent,” writer Max Chafkin reports for Inc. That’s a pretty glowing endorsement of economic success.

While it’s well known that individual tax rates are high in Norway, tax rates on corporate profits are lower than the U.S., and Norway is internationally considered to be easy to do business in. It’s specifically easy, according to the World Bank Group, to register property, enforce contracts, and resolve issues of insolvency.

Residents receive extensive services in exchange for the higher tax rate, from fully paid parental leave upon the birth of a child; extensive retirement plans after age 67, to a robustly funded school system that is free through graduate school. 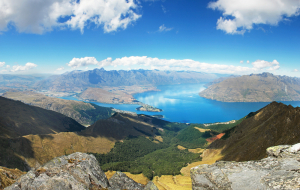 Queenstown, New Zealand, where the Lord of The Rings movies were filmed.

Affectionately dubbed “Middle Earth”, thanks to playing host to the Lord of the Rings filming crew, New Zealand is an easy place to start a business – bureaucracy is minimal and necessary government resources are coordinated and readily accessible online. Forbes calls it the second best place to do business.

New Zealand has also recently been praised for its low taxes and smart regulations; while the country has decreased regulations that businesses are required to adhere to in recent years, it has strengthened its environmental protection regulations and public services.

Are you planning to start a business in 2015? Did location factor into your decision? Let us know!

Top 3 Places Where Your Business Could Be Losing Money