From a summit on media in the Middle East to a huge new funding opportunity for aspiring entrepreneurs in Nigeria, here are fascinating business news stories from the U.S. and around the world.

The world of work

In an article for Politico, Seattle venture capitalist Nick Hanauer writes that the United States is doing its middle class workers and the overall economy a disservice by allowing lax overtime laws, which exclude the majority of American employees from receiving the time-and-a-half compensation they used to in the 1970s.

He breaks down his position clearly, by stating that “in 1975, more than 65 percent of salaried American workers earned time-and-a-half pay for every hour worked over 40 hours a week […] By 2013, just 11 percent of salaried workers qualified for overtime pay, according to a report published by the Economic Policy Institute.”

He supports restoring overtime to its previous level, which would mean eligibility for those workers currently making $69,000 a year and under. His argument rests on the idea that despite their increased productivity, as middle income consumers lose purchasing power due to lower wages, demand for products and services goes down. This stagnates innovation, which hurts everyone.

Certainly an interesting concept to mull over, and one that would potentially affect small businesses in a variety of ways. We could see small business owners struggling to pay their teams more overtime or increase hiring, and we could also see an uptick in consumption as wages rise, and more people with the financial freedom to start their own businesses.

After having to wait in line for an average of 25 minutes each day for a mandatory anti-theft security check, workers for Amazon warehouses and Intergrity Staffing Solutions, Inc. decided to sue. Since they were required by their employer to wait through the line, they felt they should be compensated for that time.

This week, the U.S. Supreme Court unanimously disagreed, saying that the decision not to compensate for the time is within the parameters of the Fair Labor Standards Act.

While this step is being hailed by some as a win for retailers and warehouse enterprises, others contest that it rests on questionable ethical ground. It also becomes a PR question: Now that this case has garnered such public attention, is it worth the positive PR to make a change?

The Oregon Ducks football team has excelled this season. As a result, their coaches were just rewarded with bonuses totaling in the hundreds of thousands of dollars for getting into the play-offs.

This echoes a nationwide trend concerning the contrast of highly compensated university athletics employees (Ducks’ coach Mark Helfrich’s 1.8 million per year is one of the lowest nationally) and that earned by adjunct professors or graduate teaching fellows, which is very little by comparison. In fact, the University of Oregon’s graduate teaching fellows just wrapped up a successful strike for medical leave and higher pay.

If you run a small business in a college town, the draw of football can be something of a double-edged sword. While it’s undeniable that sporting events bring in a lot of business in certain industries, what would the benefits be if resources were allocated more evenly, certainly in the academic professions? 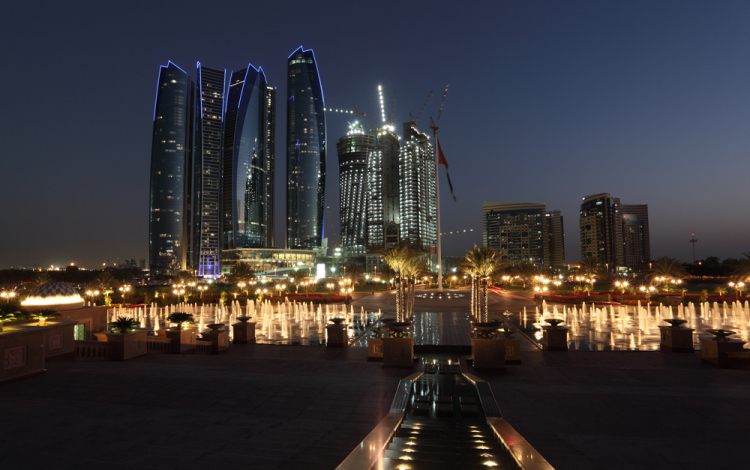 The Abu Dhabi skyline at dusk.

Here are our favorite recent stories about people in business pushing to change the status quo and encourage diversity.

An editor pulls back the curtain on Silicon Valley bro culture

If you’re a woman or person of color in the tech industry (or perhaps both), the work environment can be problematic. It can be unwelcoming, and sometimes even hostile. Shanely Kane experienced this, and decided she’d had enough. Kane founded Model View Culture, a online quarterly journal featuring a diverse host of authors, which quickly gained attention and readership.

She recently gave this interview to the MIT technology review. It’s a great look into the realities of “brogrammer” culture (programmers with the behavioral habits of “bro” or frat types), and is worth the read even if you are “in the know” about the issue already. If you’ve never heard a critique of Silicon Valley from a social justice perspective, it’s a great learning opportunity.

A Nigerian billionaire invests in the future

It’s always a feel-good story when a successful business person decides to reach out and invest in up-and-coming entrepreneurs in their community. Tony Elumelu, a Nigerian real estate investor, launched an entrepreneurship program this week to do just that in a big way.

His focus will be on supporting and identifying entrepreneurs across the African continent, and investing $100,000,000 in 10,000 African businesses over the next 10 years. If you’re reading this from an African country right now and are interested in applying, here are details, the deadline for application submissions is the end of the year. Good luck!

Last month, Abu Dhabi hosted a summit dedicated to exploring media and business from the Middle East, India, East Asia, and China. One of the panels at this event was “Wired Women,” a panel of well-known business women and philanthropists.

Participating in the discussion was Zainab Salbi, the founder of the amazing organization Women for Women International, which supports women who have the incredible misfortune of being in war zones by sponsoring them with monthly donations, and exchanging letters and photographs. I recommend following them on Facebook to stay informed about women in conflict zones worldwide.

Hung Huang, CEO of China Interactive Media Group and blogger, also spoke at the summit. She was recently listed by Time magazine as one of the world’s most influential people, due in no small part to her presence on Weibo (a Chinese platform for social media and blogging). As a female writer myself (and I’m sure many reading this are as well), being listed as one of the world’s most influential people for sharing your unique voice and perspective sounds like a great honor—and a great motivator to start speaking out and sharing your stories.

Have you heard any interesting or controversial business news this week? Would you like to see something included here? Let us know on Twitter, or leave a comment below.