Can You Create a Great App Without a Tech Background? One Entrepreneurial Mom Shows You How It’s Done 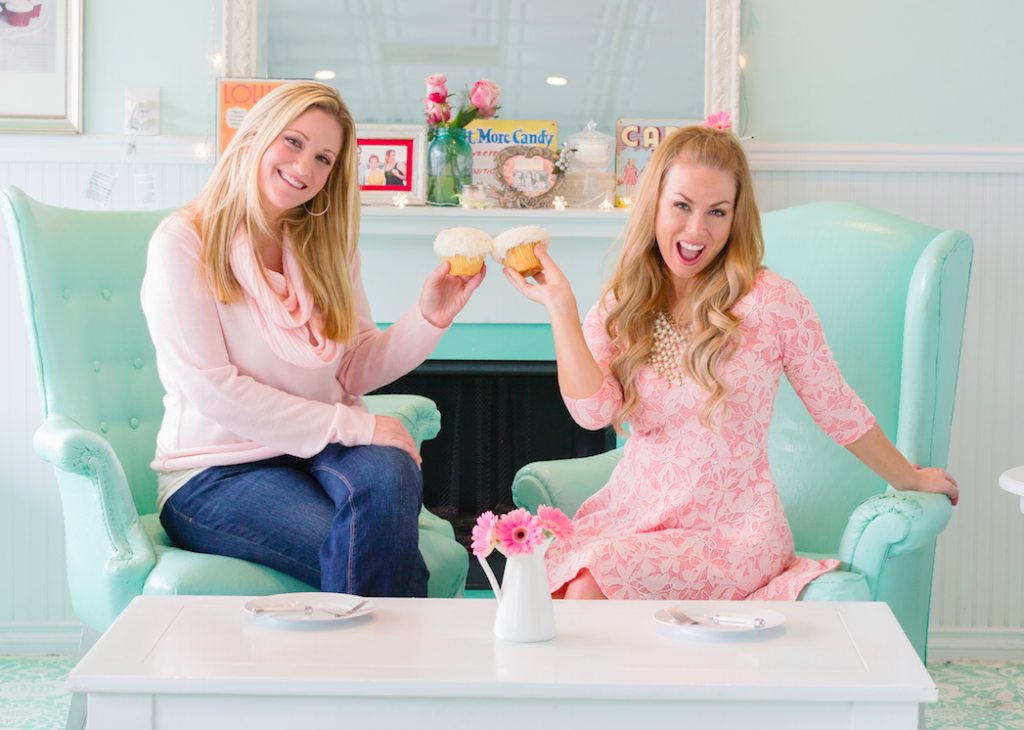 Jillian Darlington, right, the founder of the MomCo app, with her co-founder Beth Bryan.

I can’t count the number of times I’ve wished that, as the famous iPhone commercial memorably stated, there was an “app for that.”

On lazy days, I’ve wondered why no one has invented an app that allows me to outsource all my errands at once. After moving to a new city, I’ve wished there was an app for making new friends (sort of like the platonic equivalent of Tinder).

There’s something gutsy about starting an app or creating a product to solve a problem you wish could be solved for you personally. Not only are you seeking out a solution to your problem, you are inventing the solution itself.

With the creation of the MomCo app, Jillian Darlington did just that. MomCo brings mothers together for playdates and friendship, connects them with local businesses, gives them access to forums, and keeps them in the loop on local events. 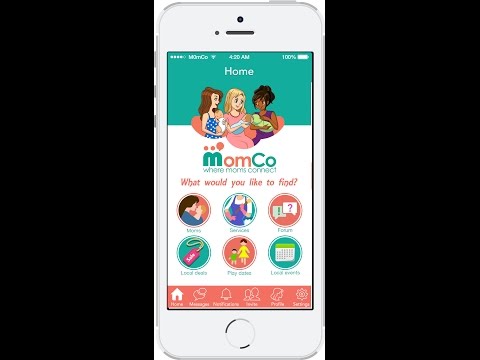 “The app is completely based off of my experiences and my pain points that I have experienced over the past few years,” says Jillian.

I had the pleasure of speaking with Jillian about her experience creating this app. She spoke about how she did so without personally having a technical background, how she navigated the startup realm with relatively little experience, and the process of creating something she is truly passionate about based on a need she felt personally.

As a single mom running a business and raising her young son, Jillian wished that a platform existed to connect her with other moms in the area. At the time, Jillian owned and ran an indoor play gym, where parents could bring their children in to play.

The idea for MomCo grew out of her desire to both create an app that would help her connect with other moms, as well as a place where she could market her business to her target demographic.

“The app was something I wished existed for myself as a mom, to be able to find other moms that lived close to me,” she says. “And then, also as a business owner, to be able to list myself, and to be able to run deals and to host events on a platform where my target demographic was already populated, would have just been a dream come true.”

While the technology for the app Jillian envisioned already existed, no one had yet created a local app with a mom-focus. “I was inspired by the technology that existed in dating apps,” says Jillian, speaking of apps like Tinder that use matching and geolocation.

With both her personal and professional experience, starting MomCo seemed like a natural next move. “I catered to women and children, so I’ve been in the mom space for quite some time, and in the business space, […] so I spoke both of those languages very fluently,” says Jillian.

However, while Jillian had experience running an indoor play gym, she didn’t have formal business training or an MBA, or any of the technical experience required to build an app. But, rather than letting those potential roadblocks stand in her way, she started the way many entrepreneurs start—by taking her research to the internet. “You don’t have to have an MBA and you don’t have to know how to write code,” says Jillian, when asked about how she was able to create an app with no tech experience. “You can make this happen.” 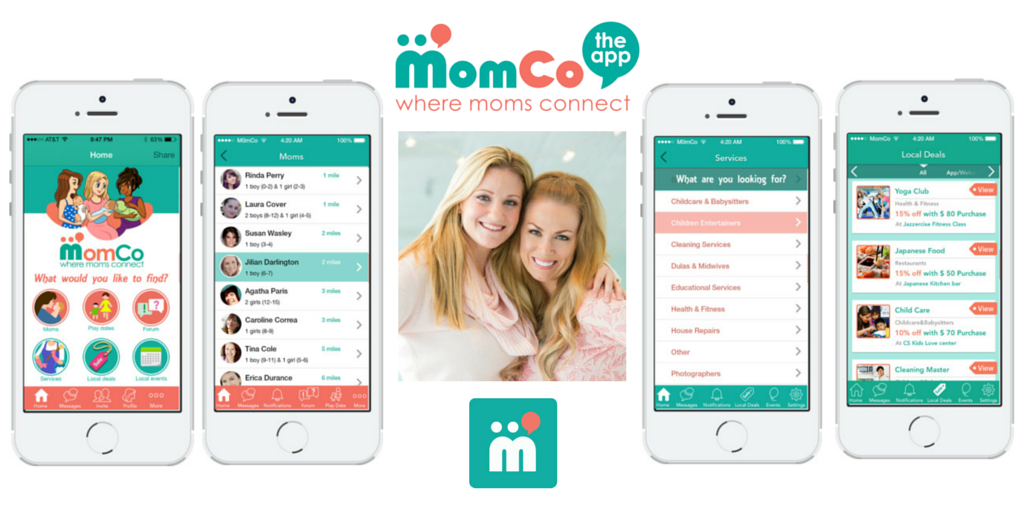 Jillian and Beth, along with images of the MomCo app.

Want to create an app or a product? Here’s what you can learn from Jillian and MomCo:

Be your own target demographic

Jillian knew firsthand the difficulty of being a single mom without a network. She also wished that, as a business owner, she could reach out to her main client base: moms. As such, she knew exactly what to put into an app to best meet her needs. “I always like to be my own target demographic, no matter what I’m doing, because obviously you know how to market to those people better,” she says.

See Also: What Is Target Marketing?

If you are considering building an app or creating a new product, think about what you’d personally like to see out there. Take a leaf out of Jillian’s book and assess your own personal pain points; what problems would you like to see solved? You will find that, by building something with yourself as your target market, a great deal of your initial market research is done for you.

Without a tech background, Jillian might easily have been discouraged when it came time to approach the technical side of building her app. She knew she would be faced with outsourcing the actual creation of her app to a developer, something she had no prior experience doing.

But, she dove in and did her research. “I basically just read every article and watched every video from developers, so when I was talking to developers I knew exactly what I needed to have and what I needed to tell them and show them,” she says. “I don’t ever like sounding like I don’t know what I’m talking about, so I made sure I really did my homework.”

If you are entering a field that you are less familiar with, not only will doing plenty of research make you feel more prepared, but it could potentially stop you from being taken advantage of in the early stages of developing your app or product. “Being somebody who was a complete novice and a newbie […] I just didn’t want to be taken advantage of and I didn’t want to sound stupid,” says Jillian. She also adds that “being a mom and being a woman, sometimes the tech industry is brutal for us.”

How did she combat this? By being as prepared as she possibly could. She watched YouTube videos, read articles, and ultimately came up with a plan for her app before she even began approaching developers.

Have a clear vision

After doing her research, Jillian plotted out the entire app back to front. “I had a very clear vision,” she says. Because she planned on outsourcing the app’s creation, she wanted to be sure she knew exactly what she wanted, and how to communicate it to developers.

This step was important for maintaining as much control over the finished product as possible, and Jillian attributes much of her initial success to how clearly she defined the project from the start. “You basically have to write the entire roadmap for [the developer], and then hand it to them and say, ‘Okay, now go build this,’” she says.

With her clear vision, Jillian felt confident approaching a wide range of developers, and interviewing multiple candidates before settling on who she wanted to work with. “I went to Odesk, I went to Google, I talked to freelancers, I talked to the big development firms in town—I talked to everybody,” she says. “I just wanted to be able to make a really educated decision.”

By doing your homework, making sure you have a clear vision for the end goal of your app or product, and shopping around before you choose who to work with, you’ll be able to make the best, most well-rounded decision possible, and create something truly in line with your vision.

Know the value of your own time and energy

The revenue Jillian had on reserve from selling her indoor play gym business funded MomCo for the first six months, but after that point, she knew it was time to begin raising additional funds. “Getting the app started, that was cake compared to raising money,” Jillian says with a laugh, “It was completely new to me.”

Initially, she cast a wide net, focusing on any angel investors who would meet with her locally in Southern California. However, the somewhat niche nature of her app proved a difficulty. “Having something that not a lot of angels are interested in is a huge disadvantage,” she says.

Jillian realized she would need to pare down, and target angels who she thought were more likely to be interested in MomCo—namely, women and mothers. “We just pivoted, and we just started targeting other angels,” says Jillian. “If it’s somebody who actually is a mom, they immediately get it. You don’t have to do a hard sell, you can just go straight into your business plan.”

While new startups are advised to think big at the start, and take a meeting with anyone who will see them, ultimately Jillian suggests that narrowing in your focus on those investor groups who will be more likely to take interest in your idea, as it can save you time and energy. “You don’t have to spend your precious time convincing them that it’s a good idea,” says Jillian.

Don’t be afraid to befriend your heros

“Find somebody who’s done what you’re trying to do, and talk to them, figure out what makes them special,” advises Jillian.

She did just that, and connected with her hero Jessica Denay, the founder of popular site Hot Mom’s Club, by reaching out via Facebook and asking to pick her brain. “Now I consider her one of my friends,” says Jillian. “It’s just amazing to have somebody like that, she’s so supportive.”

See Also: How to Find a Mentor

The takeaway here? When it comes to your heros, think big, and don’t be afraid to reach out. While you might worry that the biggest names in your field won’t give you the time of day, it can be worth sending a nice message their way, asking for advice or an opportunity to chat. If you’re lucky, you’ll get an opportunity to seek advice, and maybe develop a mentor relationship—or even a friendship.

Even though MomCo has moved beyond the bootstrapping phase and is receiving angel funding, Jillian emphasizes the value of holding off on paying for marketing efforts as much as possible.

Jillian has done the majority of her marketing via social media “growthhacking” techniques, such as MomCo’s brand ambassador program, commenting on HARO requests to get website mentions, and interacting via social media. “Anything that we can utilize, we utilize it,” she says.

See Also: Shoestring Marketing Budget? Get Your Customers to Do It For You

She also adds that by limiting marketing spending, she’s been forced to get creative. “When you get money, you get a little lazy. You get like, ‘Oh I can just pay for that,’ or ‘Oh, we’ll run a campaign,’” she says.

Jillian also notes that the personalized nature of social media marketing has helped get the word out about MomCo better than paid advertising or coverage in notable publications. “With an app and what we’re doing, the personal touch makes so much difference.”

Using your passion to fuel inspiration

She adds: “I just feel like it’s such a real pain point that we’re solving. Loneliness is a big deal, and I feel that being isolated when you’re a mom can be all-consuming. So the fact that we’ve created this platform to make that go away, I feel like it really does have the potential to change some lives, and I’m excited to hear those stories.”