Can your brand be a luxury brand?

As little as 5-6 years ago, computers and cell phones were purely utilitarian devices. That is, they were used to get tasks done. They weren’t always very pretty to look at and certainly not things that you necessarily craved – unless your inner geek needed whatever was the latest and greatest technology. “Sexy” was certainly not a word ever used to describe the latest Dell, Motorola phone, or the newest desktop from HP. 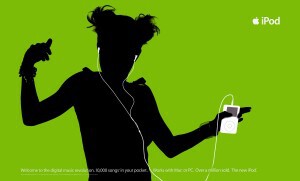 Then Apple managed to change the world. Most people think that Apple’s great innovation was the invention of the portable mp3 player. Far from it. Plenty of others existed when the iPod  came along. What Apple focused on was design – the design of the software that ran on the iPod, the industrial design of the actual device, and the simplicity of a single ecosystem for managing your music and getting it onto your device.

Even at the time the iPod first launched, it did less than its competitors. It had fewer features yet it was more expensive than almost anything else out there. Even today, the current crop of iPods still does much less in raw functionality than alternative players. And yet, they still cost more.

What Apple knew was that customers craved simplicity and would be willing to pay for a device that looked cool. People could show off the fact that they owned an iPod with the (now ubiquitous) white headphones even when the device was in their pocket. If it cost a little bit more, that would make it slightly exclusive as it would scare away the bargain hunters and the pure feature geeks.

Click Here to read the rest of Noah’s article.

Noah Parsons is a silicon valley veteran who has worked for a few interesting companies such as Yahoo! and Epinions in their early days. He currently lives in Oregon and is COO of Palo Alto Software. Find him on LinkedIn or Twitter.

Noah is currently the COO at Palo Alto Software, makers of the online business plan app LivePlan. You can follow Noah on Twitter.