Change Is the Only Thing That’s Constant: Why Small Businesses Should Embrace Disruption 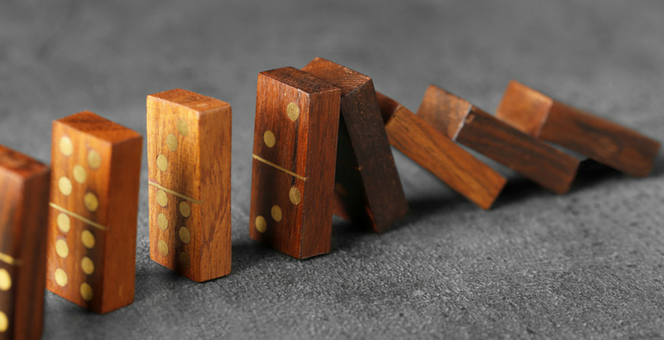 It seems you can’t talk about business anymore without talking about disruption.

Singapore’s Prime Minister Lee Hsien Loong recently singled out disruption as his country’s defining economic issue, telling Channel NewsAsia: “Old models are not working, new models are coming thick and fast, and we’re having to adjust and to keep up, because of technology and globalization. And the disruption will happen over and over again, relentlessly.”

Disruption is often referred to and defined in the way that the Prime Minister has above, though not everybody will agree that this is the technical definition. What everybody can agree on, however, is that the rate of change seen throughout almost every industry, due to new technologies and advanced rates at which ideas spread, is steadily increasing, and shows no signs of slowing down.

See Also: What Small Business Opportunities Does the Future Hold?

The good news for small businesses and startups is that they shouldn’t be worried. In fact, they should be excited! Being small enough, and in the case of startups, fresh enough to take innovative leaps and try out radical new methods and ideas is why these organizations are the ones that drive disruption.

Enterprise level businesses and other large organizations are taking notes, trying to learn from small businesses how best not only to respond to disruption but to instigate it themselves. For small businesses, this is great. Even if they’re not the ones driving change, they’re small and agile enough to adapt to it.

For aspiring startups, this is even better. Establishing a business in a world where ever-changing models, needs, and technologies are the norm means adaptation will be in that organization’s blood. Not only that, but startups can analyze existing markets for weak points and decide which industries are ripe for disruption.

Digital dope is in demand—but don’t overdo it

When it comes right down to it, disruption is being driven primarily by technology. Any business that is not embracing this is setting themselves up for failure. But slow your horses there, Sparky.

But slow your horses there, Sparky. Too many business leaders hear about digital disruption and get the itch, driven both by the allure of shiny new tech and the fear of being left behind. This can lead to purchases of technologies that don’t truly pass cost-benefit analyses, that don’t integrate well within the same infrastructure, or that become obsolete just as quickly as they were purchased.

The trick is finding that perfect balance between what you think you need and what you actually need. Enterprise level companies are struggling with this realization, and Ken Favaro writing for Harvard Business Review essentially posits that the trick isn’t to “adopt a digital strategy,” but to determine how digital innovation affects the businesses you’re already in.

Startups and small businesses would do well to heed this advice. It’s just as critical, if not more so, for smaller outfits to figure out how to go digital with as close to 100 percent operating efficiency as possible, due to less room for mistakes and more severe consequences in the face of failure.

While going digital is almost non-negotiable anymore, it’s worth remembering that strategic integration is the only thing separating those driving disruption and those being driven by it.

Tom Goodwin said it best in his TechCrunch article, “You Don’t Need a Digital Strategy, You Need a Digitally Transformed Company”:

“Technology is not oil to lubricate—it’s oxygen to grow ideas and change business.

Modern businesses need to disrupt themselves at the very core, empowered by what new behavior and new technology make possible…Digital transformation is not about a digital department…it’s a philosophy that all must adopt…In fact, you should banish the word digital as an entirely redundant word.

But your company needs to understand these changing times and prepare to reimagine yourself for the near future, based on what new possibilities and threats new technology provide.”

See Also: 12 of the Hottest Venture Capital Firms in 2016

The human side of disruption

While disruption is technologically driven, it’s still a human issue. Fledgling companies that adopt the right next-generation systems have only cracked half of the code—the next step is navigating the role evolution and the need for upskilling that comes with such change.

Small businesses that embrace change in their digital ecosystem but fail to realize that their workforce is directly affected by those changes are in for a rude awakening.

As low-skill jobs are being gobbled up by automation-related initiatives while colleges churn out more job-seeking graduates than ever before, it’s becoming more apparent that incoming employees tend to lack the skills that are in high demand in the job market. This skills gap is only going grow as time goes on—unless employers realize that, perhaps, they’re focusing on and coveting the wrong skills.

When so much is changing so quickly, it’s hard to pin down exactly what skills a prospective employee is going to need. Even the C-Suite is changing rapidly, with CIOs and CMOs and their respective departments working more closely together than ever before, as well as the rise of the Chief Digital Officer (CDO) and (owing to the messages found in articles like Goodwin’s above) the fall of that same CDO. The point is, things on the periphery change—but that doesn’t mean that business has to change at the core.

If startups and small business are able to look beyond this constantly changing periphery and instead focus on issues at the core, they’ll be much better suited to take on the business arena and last in it.

Instead of looking at an employee’s hard skill set, employers are finally beginning to realize that it’s much more important to be hiring based on soft skills, because hard skill requirements are going to change as many businesses are disrupted. These skills include emotional IQ, critical thinking, teamwork, collaboration, and just about any other descriptor that fits “the-perfect-employee-no-matter-what-the-industry” mold.

See Also: Hiring for Personality Instead of Experience

Soft skills, unlike coding languages, standard operating procedures, or new management platforms, aren’t skills that employers are generally able to teach, which is why hiring around them is so important.

Startups and small businesses are perfect for their ability to treat each team member as an important part of their daily operations and systems. By devoting resources to these employee’s training and upskilling, you’ll be cultivating a culture of workers who not only feel cared about by their employer, but who reciprocate that care in their own work.

Employers may need to make certain concessions, such as flexibility in hours and telecommuting policy, as the very assumptions upon which we base the workplace are being contested via disruption. That being said, the sooner businesses get this minutia out of the way, the sooner they can focus on getting the most out of their employees.

Organizations that already exist in this global economy are trying as hard as they can to course-correct toward new and ever-changing standards, while simultaneously holding on to whatever it is they do best.

Fresh businesses are either going to have to get ahead of the curve by adopting a disruptive mindset from the get-go, or relegate themselves to a life of purgatory, constantly trying to define, re-define, and even re-re-define their operations based on the whirlwind of change that surrounds them.

In the end, the disruptors, the innovators, and the flexible are going to be the only ones who are left; so remember, unless you are driving change, you are taking a backseat to it, hoping the day doesn’t arrive that you become obsolete.

Embrace disruption and show the world what you and your company are made of—your business may just depend on it.

Andrew is a co-owner and operator of Earthlings Entertainment. He has a passion for people, and believes that anybody can accomplish anything that they put their mind (and effort, and dedication) into.