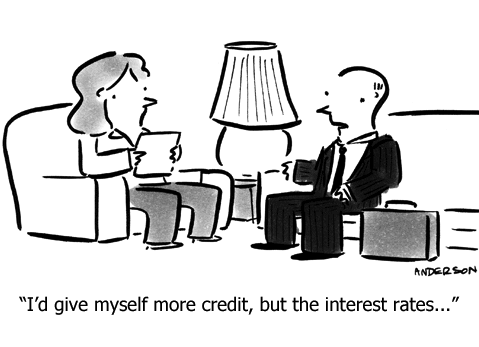 Money is cheap right now. Private companies may not be taking advantage of it but the government certainly is. According to the Bureau of Public Debt of the U.S. Department of the Treasury, the rate the government pays to borrow is about half today compared to what it was before the financial meltdown.

Specifically, the average interest rate paid on the public debt decreased gradually from 5.05 percent in June 2007 to 2.65 percent in June 2012. Many individuals can’t refinance home mortgages because of a lack of home equity, but, despite running large deficits, the government has been effectively refinancing the public debt at lower rates every year. That is smart, and, to the extent it means investments in our infrastructure, it is good for all of us. Paul Krugman of the New York Times wrote an excellent article on this issue.

What concerns many of us is why businesses haven’t been willing to go with the same strategy. As Krugman points out, “This is what happens when you have a ‘de-leveraging shock’ in which everyone is trying to pay down debt at the same time … businesses are sitting on cash because there’s no reason to expand capacity when the sales aren’t there.” And yet, clearly, this is a huge lost opportunity. Perhaps for businesses that are truly unstable it makes sense to not borrow. But, for stable businesses waiting on the sidelines for the economy to turn, a gradual improvement in the economy may be accompanied by gradually increasing rates, and the opportunity for expansion at low rates will be lost.

The effect of a cheap money strategy on the future prospects of businesses can’t be underestimated. We aren’t talking about short-term lines of credit: intermediate term subordinated loans, equipment loans, and leases with three-to-seven year terms lock in low rates. Depending on how much rates increase could cut interest expense in half over the term. Businesses still get to preserve cash. It is difficult to decide to take the risk and invest in business infrastructure at a time when positive changes in the economy aren’t on the horizon; however, as Krugman says in his article—it is time to focus on growth.