Cut it out! (Some of the Best and Worst Coupon Campaign Tactics) 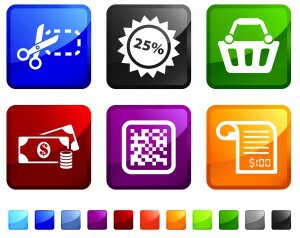 As any marketing strategist will tell you, understanding your target shopper is the best way to achieve success. Many factors can play a role in determining the outcome of your campaign. In a robust economy, simple tricks such as placing desired items at an entrance of a store can lure a potential shopper in. Once the shopper comes into the store, they will begin to look around and thus create sales that otherwise might not have happened. When an economy is lagging, a successful marketing campaign can be much more difficult to achieve, because even though you have an item of interest, the shopper is not prepared to spend anything other than what they initially intended.

One of the most successful coupon campaigns in recent history was carried out by fast food establishment McDonald’s. They found a way to get customers to spend more just for a chance at the big prize. McDonald’s discovered that by offering games pieces on their large and super-sized value meals they could sell double what they would without it. This strategy has proven to be successful for years. What no one paid attention to was the fact that they had to purchase a meal in order to get them, and not just a meal, a large meal. So instead of selling $4.00 to $5.00 worth of food per person they were selling $7-8 per person.

Supermarkets aren’t far behind, though. Many supermarkets now give points on the total amount of items sold. These points can add up fast. For example, some supermarkets have points that go toward gas discounts. With the uncertainty in gas prices, offering points towards discounts on gas is brilliant. Not only does the consumer save big on gas but the supermarket has now achieved customer loyalty in a customer’s bid to save money. This promotion takes the worry out of the consumer shopping around for pricing at various stores, ultimately boosting the supermarket’s sales.

When Netflix hit the market, people were drawn in by the capability of renting a movie with no late fees. Blockbuster, in order to put itself back in with the new competition, decided to launch a similar campaign in which they also advertised no late fees. The intention was to draw people back to the video store chain in an effort to compete with Netflix. It backfired on the chain, big time. Instead of keeping a movie or video for the usual day or two, people began collecting them and storing them as though they owned the movies. To complicate the matter even further, Netflix was offering monthly rentals at a nominal fee with no late fees. Where Netflix outshined Blockbuster is that, despite the monthly fee, the company was smart enough to limit the amount of movies a person could have at once. You could receive new movies only when the old ones were returned.

Groupon is a great site for people to save money – usually 50% or more – on activities such as dining out in their area. While many businesses use the discount site as a way of drawing in customers, when these couponing adventures are mismanaged, it can spell disaster for the business. This is true for Drew’s Eatery, located in Chicago. Drew’s Eatery closed because of poorly managed discount offers, despite the owner’s experience in the business world. What people do not realize is that Groupon takes half of what the consumer’s pay, leaving only one quarter of the price to the business itself. In the case of Drew’s Eatery, it simply was not enough to cover the costs of the food they sold, and several deals later, the owner closed the doors.

A lot of preparation and research goes into promoting a campaign, and unfortunately there are no guarantees that any one campaign will be successful. Luck and marketing strategies play a big factor in determining how successful – or disastrous – a coupon campaign really is.