What Defines Your Company Culture?

Google Headquarters has become known for its vibrant company culture, including such things as an Irish pub themed lounge.

Company culture is a hot topic lately, and for good reason. Recent research shows that especially among younger generations, people want their employers to not only provide them with an income, but meaningful work, and a positive environment. We’ve all heard the famous phrase: Culture eats strategy for breakfast. In short, your company culture determines much of what your company does, regardless of best laid plans.

Kathleen Flannagan, the CEO of Abt associates, tells Adam Bryant in his book “Quick and Nimble,” “The managerial talent has to be there so that they can… allow them to move quickly as opposed to just saying ‘You should stay in that job for three to five years.’ This generation isn’t going to do that. They’ll go somewhere else. So keeping talent at our company is a real priority right now. It’s very competitive and so we’ve got to think about ways to keep that next generation growing, learning, excited.”

[pullquote]”72 percent of employed Americans say they would prefer to work for a company that supports charitable causes.”[/pullquote]

This isn’t only young people, of course—most people want to work for a company they feel proud of, in an atmosphere where they’re comfortable. And it’s not all self-serving; people want the company they work for to be making a positive impact on the world at large as well.

“According to a new survey on corporate community involvement released by auditing and consulting firm Deloitte, 72 percent of employed Americans say they would prefer to work for a company that supports charitable causes when they are deciding between two jobs with the same location, responsibilities, pay, and benefits. Similarly, in its own 2002 study, the communications agency Cone found that 77 percent of respondents said that a company’s commitment to social issues was a major factor when deciding where to work,” writes CEO of TOMS shoes Blake Mycoskie, in his book “Start Something That Matters.” A 2011 Deloitte study further confirms these sentiments by suggesting a link between workplace volunteerism and positive corporate culture.

Okay, so: People want to learn, grow, make a living wage, and do right by the rest of the world—all the while making your company money and churning out top-notch work product in an awesome company culture.

So, the question on an employer or business owner’s mind at this point is: How do we go about doing that? As Ed Catmull notes in his book “Creativity Inc.,” managers can have a difficult time really understanding what’s happening in the day to day operations of different departments, simply because of the nature of their jobs. If you’re the boss, people will be reticent to speak up when they feel uncomfortable or unhappy with company culture, for the very logical reason that you control their paycheck. This does put the onus on the boss to set the tone.

Here are some real world ways of building a positive company culture: 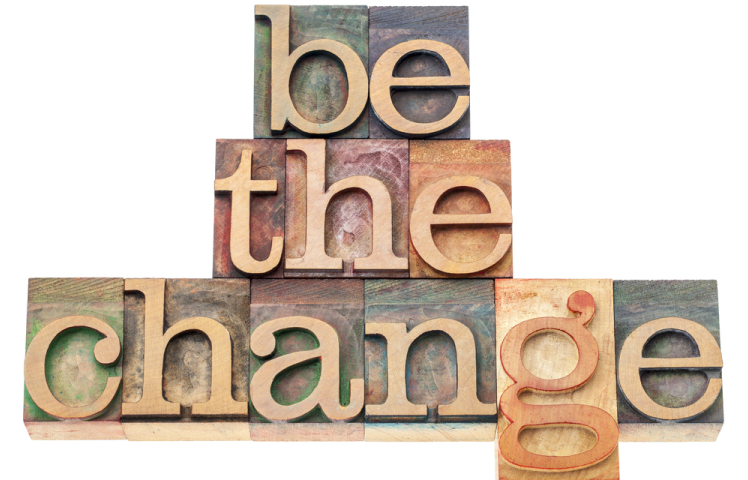 Ed Catmull, despite his controversial actions, offers a very important insight about being proactive with company culture. In a story he tells about tensions at Pixar between production managers and animators, he describes how after asking a group of production managers (who traditionally are freelancers) to stay on full-time at Pixar, they began to voice their complaints and conflicts with animators. Catmull was blind-sided. “My door had always been open! I‘d assumed that that would guarantee me a place in the loop,” he said.

He realized that they had not felt job security until being offered in-house positions, and so had kept mum about their concerns.

[pullquote]”There’s a difference between saying ‘my door is always open,’ and proactively talking to people about how things are working.”[/pullquote]

This made him see the difference between saying “My door is always open,” and proactively talking to people about how things are working, while also making it clear that there won’t be punitive repercussions for speaking up. Pop in someone’s office, stop by their cube, have a standing one-on-one meeting. He says he began doing things like that after this series of interactions, and gained more authenticity and trust between himself and his employees. You can see more insights Catmull shared about life at Pixar in our slideshare.

Being proactive includes nipping problems in the bud and getting to issues before they spiral out of control. Sometimes, this can mean letting go of the people who are harmful to the overall culture. “It takes about 60 days to figure out whether there’s a strong culture fit. If there isn’t, you can try coaching and put together a performance improvement plan and yadda yadda, but sometimes it’s just not a good fit, end of story,” Henry Hegelson writes on CNN.

When can you tell if someone is not a good fit, or will negatively effect company culture down the line? “There’s no way a company can, or should, monitor its employees conversations,” Mycoskie says, but with that said, he acknowledges that he has a zero-tolerance policy for bad mouthing fellow employees. He once found himself in a situation where multiple employees were coming to him upset and discomfited with a specific team member’s behavior and rumor spreading.

At that point, it was time to pull the plug. The issue here is that—as with this case—even when the employee in question is a great worker otherwise, gossip and trash talking poisons the well. Most of us have been in a situation in one time or another when someone has spread a rumor about you, and it feels terrible. Mixing that into the work environment is a recipe for disaster.

Don’t Say What You Don’t Mean

As a business owner, the odds are that you care about your employees and want to have a positive company culture. You’re also human, and might occasionally put your foot in your mouth, as we all do. It’s when you don’t take a moment to reflect on your words or actions that can negatively affect your company culture.

Here’s a particularly out-of-touch example: One CEO from Adam Bryant’s book says that to use humor to motivate people, he will invoke the notion of someone’s grandma, as in, “my grandmother could do this task.” He describes this as telling someone they are a “wimp, without saying those exact words. Because I don’t think that’s very motivational.”

Now, if we spend a moment thinking critically, it is easy to see a slew of flaws here that could certainly undermine the company culture. What’s number one? The fact that many of your employees are likely themselves grandmothers. This manages to be both ageist and sexist, a double whammy for both the older and the female employees, essentially giving them a bald-faced reason to feel that their employer views them as less capable. Does he really feel that way? In all likelihood, no he doesn’t. But this is a classic case of don’t say what you don’t mean.

Rand Fishkin offers another example of how powerful words from executives can ripple down through company culture. He tells of a time he felt high pressure as CEO of Moz, and mentioned in an email that the company was taking steps to prevent having to consider layoffs. The company was never actually close to laying anyone off—but it struck a deep chord of fear through his team.

[pullquote]”Hopefully that can be one lesson you take away— ‘layoffs’ is a Pandora’s Box-type word at a startup.”[/pullquote]

“It would take months of repeating ‘no layoffs’ before I undid the harm that word in this email caused. Hopefully that can be one lesson you take away— ‘layoffs’ is a Pandora’s Box-type word at a startup. Don’t use it unless you’re really being transparent (and not just fearful and overly panicked as I was),” Fishkin said.

Things like this can be remedied if you take a moment to imagine it from someone else’s perspective. If you are in a management position, your words have a lot of power, and it’s critical to your company culture to bear this in mind.

Companies like Google and some glamorous Silicon Valley startups have built an image of company culture that revolves around (often expensive) perks: on site lounges, swag, and brand-new devices.

It can feel discouraging to think that you have to spend so much or try so hard to keep employees. The good news is, most of the time, you don’t. A lot of what makes people feel loyal to a company (and thus, ups your office morale and employee retention) is simply feeling valued, heard, and welcomed.

[pullquote position=right]”A lot of what makes people feel loyal to a company is simply feeling valued, heard, and welcomed.”[/pullquote]

As a good example of the benefits of the little things, Emily LaRusch of Back Office Betties related to me a story of culture gone wrong. On her first day working for a major bank, there was no one downstairs to greet her. What could have been a minor oversight turned into a blunder when, as a result, security wouldn’t let her into the office, and she waited for 30 minutes before someone could be tracked down to vouch for her. The theme continued when she had no name plate at her cubicle for her entire first year of work. 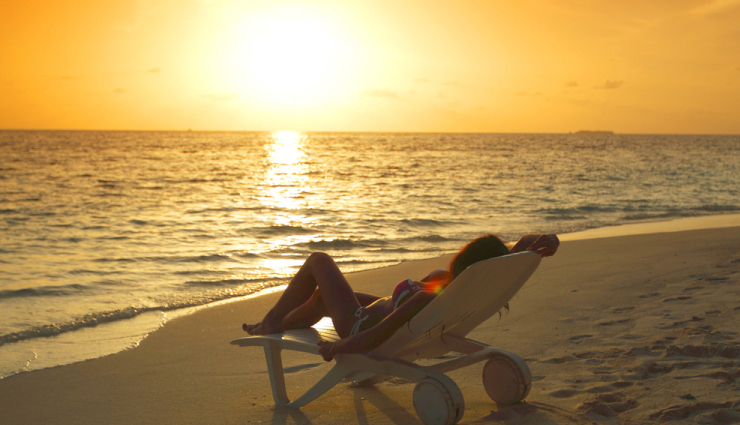 What all of these things have in common is the core idea that a positive company culture values its employees as people. Austin Melton, founder of Albino Rhino Detailing, says that he credits employee retention to his company being run by people who care about their employees, giving examples like taking time off for family needs. “I think this is what retains our employees and in turn leads to a positive company culture,” he says.

Attention to employee well-being indicates respect. “When you naturally look at people not as commodities to make you more money or make your life easier, but as real human beings with feelings, family, needs and desires, and only wanting to be happy, that really does change how you relate to them and any issues that arise,” says Craig Wolfe, president of Cocoacanard. He also noted that in his personal experience, when a company actively creates a more positive culture, productivity increases.

Jeremy Durant of Bop Design sees similar effects from having created a culture that prioritizes balance. He reports that when employees are encouraged to lead balanced lives and not over work, they are refreshed and come to work better prepared and with more energy.

It sounds so essential, but many companies neglect this in practice: your employees are people with full lives, and working for your company is just one part of that. If you acknowledge and work with this truth, instead of fighting or ignoring it, the culture you foster will be better for everyone.

“Start Something That Matters” 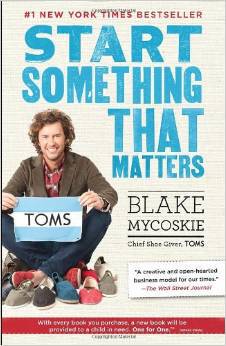 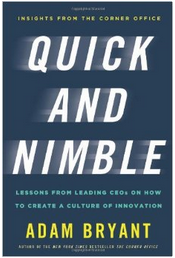 “Quick and Nimble” by Adam Bryant 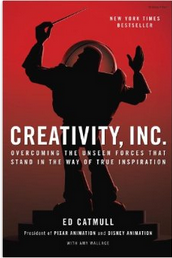 What’s the culture behind Bplans?

Here at Palo Alto Software, we’ve put together a slideshare deck that covers our cultural tenets as a company. If you’d like to see what it’s like to work for us, take a look:

The Mission and Culture of Palo Alto Software from Bplans.com