Doing Business in China: Lessons from an Expat Entrepreneur 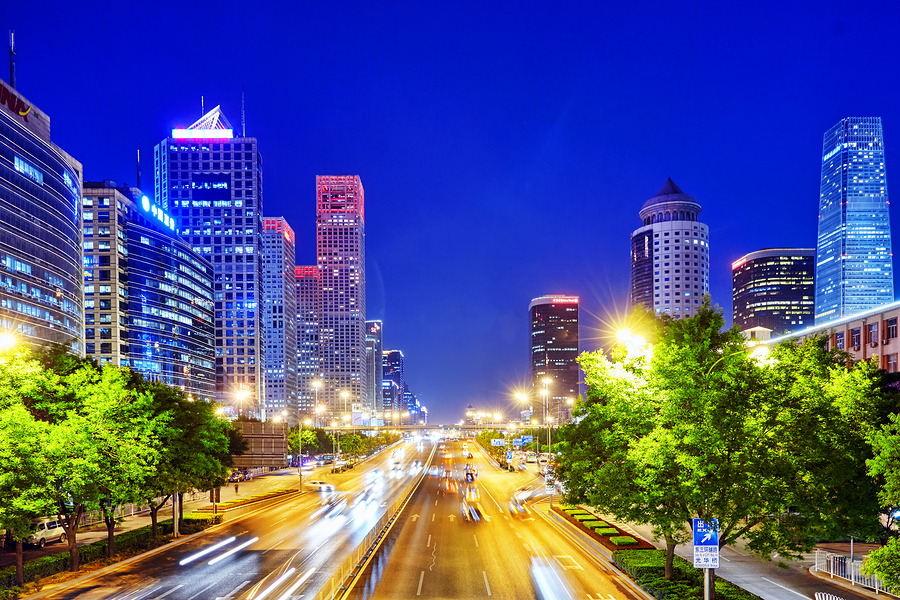 Today, China is without a doubt one of the most exciting places in the world to do business. Despite the recent economic downturn, the market potential is enormous, the entrepreneurial spirit in China is high, and the country is inevitably going to increase its global influence thanks to its economic vitality.

Of course, politicians, business leaders, and the media in the West have all taken notice. When you open the political or business sections of any major newspaper or magazine on any given day, there is a good chance you will find something related to China.

A general conclusion you can draw: China has arrived on center stage, and its economic and geopolitical relations with the West will become a defining, if not the defining, subject of the 21st century.

If you plan on starting an international business or if you are already running your own company and are looking to expand to foreign markets, you should certainly consider how to benefit from China’s enormous potential. Depending on your field of business, there are different challenges to overcome and strategies to employ to run a successful China operation.

Lesson 1: Now is the time to include “the China factor” in your business

As is well known, the traditional approach for American and European enterprises has been to import cheap products from China or to focus on selling their own high-quality products and services in the Middle Kingdom. As of 2015, China is the second largest trading partner of both the U.S. and the E.U.—and for European companies—China has already become the second most important export market after the U.S.

Despite the fact that production costs for certain products are now cheaper in some Southeast Asian countries, China remains the factory of the world. If you are looking to source products overseas, you will need to evaluate Chinese suppliers (mostly located in the south of China around Shenzhen).

If on the other hand, your goal is to expand your customer base and tap into foreign markets, you will not want to miss out on China’s potential “one billion customers.” The emergence of an affluent middle class has provided American and European companies with lucrative, reliable business opportunities.

A third and highly promising way to make use of the China factor is to cater to the increasing numbers of Chinese traveling and investing abroad. Whether you are a travel operator, real estate broker, or gourmet restaurant, you should strategize for attracting Chinese customers. A powerful marketing tool in that regard is social media and especially WeChat, China’s equivalent of WhatsApp. Not only does WeChat make it easy for Chinese users to share their favorite moments with their friends (think a dinner in your restaurant or a pair of shoes from your boutique) but it also features a powerful mobile payment system.

The good news for you: Some promising startups are now creating cross-border payment platforms for WeChat that will, for instance, allow you to continue selling to Chinese tourists once they return home. More and more Chinese are now going abroad, and attracting Chinese customers and providing a good service to them can help you develop an important new customer segment with lots of cash to spend.

See Also: Going Global: 8 Things to Consider If You Want to Expand Your Business

Lesson 2: If you plan on moving to China to start a business, follow the TAS method

While one approach is to attempt to build smart ties with China for your existing business while remaining abroad, an increasing number of foreign entrepreneurs decide to actually live in the U.S. and base some operations in Beijing, Shanghai, or even more remote places such as Chengdu (a metropolis less known in the West, but actually China’s fourth-largest city with a population of more than 14 million people).

Compared to ten years ago, there are now more and more foreign nationals who study Chinese and speak the language fairly well. Many of these expatriates first came to China because they were interested in the language and culture, and ended up starting their own businesses.

In Shanghai and Beijing, for example, there are now exciting startup scenes which include both Chinese and foreign-owned businesses. Luckily—though it still takes some time to get the paperwork done and obtain all the necessary licenses—it is now easier than ever for foreigners to start their own wholly foreign-owned enterprises (WFOE) in China. This is clearly the best way for foreign entrepreneurs to retain control of the company and transfer money abroad.

While China abounds with business opportunities, it is also easy to get lost or distracted. For aspiring China entrepreneurs it is, therefore, helpful to rely on the following strategic framework:

With the TAS method, you will be pursuing a solid game plan for rolling out your China business.

But beware: While it is fairly easy to get going in China, building a strong and loyal customer base and scaling your business successfully will take quite a bit of time, energy, and business acumen.

See Also: What Do I Need to Consider When Moving My Company Abroad?

Lesson 3: Digital is the future, but the regulatory framework is challenging

One of the key driving forces of the Chinese economy is the combination of digital commerce and marketing combined with an infrastructure that provides access to these goods even in super-remote places.

Moreover, while Westerners often tend to think of China as a less developed market, the country is a couple of steps ahead of many Western countries when it comes to mobile payments. As mentioned before, WeChat is one of the most powerful platforms in this regard. It is not uncommon for young, urban Chinese to handle all their payments with this app, from electricity bills to groceries and restaurants.

While having a digital presence is a must for any China entrepreneur, you need to pay close attention to the ever-changing regulatory framework. While applicable law is currently changing, ecommerce is still highly regulated. In order to operate an ecommerce business, you need to be registered in the Shanghai free-trade zone and are required to invest a considerable amount of money. Even if you just plan on having a company website as a marketing tool, you will need to make sure that the critical paperwork is in order. Any website hosted in mainland China needs a so-called ICP license and to obtain this, you need to be properly registered.

To make matters more complicated, in early 2016, China introduced a new Cybersecurity Law as well as additional rules for publishing online content. Moreover, a proposed amendment to the law covering domain name management mandates that the domains of websites hosted in China be registered with a Chinese registrar. These measures are part of an ongoing attempt by the Chinese government to enhance control of the information spread on the (Chinese) internet and to shield its domestic tech companies from foreign competition.

For Western entrepreneurs, these rules can cause a headache. It remains to be seen how these regulations will actually be applied. Chinese laws are often deliberately vague and this can provide entrepreneurs and officials alike some room to maneuver.

See Also: A Comprehensive Guide to Creating a Business Website

While general optimism and can-do attitudes are the reasons why many foreigners choose to stay and attempt to build their own businesses in China, it is important to remain clear-headed and cautious.

It seems rather trivial, but in my time in China I have time and again seen foreign entrepreneurs make mistakes like not having written contracts with their business partners or investing in dubious projects.

For all the talk of having to understand the Chinese (business) culture, it is often just basic error like failing to apply proper due diligence and neglecting contractual matters by Western entrepreneurs that results in trouble. I suspect this derives from that aspect of the Chinese business environment which often requires entrepreneurs to operate in a gray zone in order to (somehow) make things work. The prevailing situation requires some flexibility and creativity, but it doesn’t mean that Westerners can afford to treat business fundamentals carelessly.

You should not be naive when it comes to expectations either. At least three-quarters of startups fail, and this holds true in China as well. Setting up and scaling a successful business for an eventual sale is quite different from running a small operation and essentially being self-employed but not truly an entrepreneur. So before you start your business in China, determine for yourself its actual potential. Ideally, you should have an exit strategy in place before you even incorporate.

See Also: How to Write the Competition Section of Your Business Plan

A while back I was asked in an interview whether I thought China was the new El Dorado for foreign entrepreneurs. I have come to the conclusion that it is rather like the “new frontier.”

While there are plenty of opportunities and it’s an exciting place for entrepreneurs, it can also be rough and does not simply mint millionaires with little to no effort or business savvy. If that doesn’t scare you off, then you’ve completed your first step to becoming a China entrepreneur.

Dr. Johannes Kadura is Managing Director of AKRYL digital agency. He is also a founding partner and business coach at ChinaEntrepreneur.net and an Adjunct Professor at Peking University.