Dreams of Growth and Expansion Could Turn Into A Nightmare 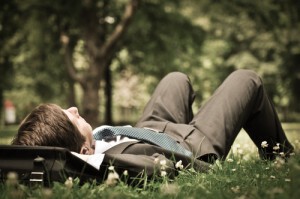 Small business owners often dream of expansion, growth and enhanced profitability; those strategic moves and timely tweaks that catapult their operation to the next level of success. I say dream because it’s the official 2nd step in the popular business transformation model called Appreciative Inquiry (AI), introduced by management theorist, David L. Cooperrider, back in the early ’80s.

In this dream step, (there are four steps: Discover, Dream, Design, Destiny) owners and other team members close their eyes, and based on the current organizational assets and individual competencies, dream of an ideal “future state” where the company’s best practices are employed and most ambitious goals are realized.

When it comes to expansion, owners invariably find themselves dreaming of an accelerated state of operations which includes extensive research, game-changing product innovation, new hiring, training and daily decision making. And oh yes… travel. If you’re venturing into the apparel market, you’ll have to visit China and Vietnam where the major garment factories are located. If you decide to produce toilets, sinks and showers, you’ll have to go to Japan. The textile factories are in Buenos Aires. And for coffee distribution, you’ll have to press elbows with Starbucks in Guatemala.

All markets are global. So you’ll have to leave the comfort of your CEO control booth to travel afar. You’ll have to lead the charge into new markets, crafting new strategies, fomenting new relationships, and adjusting your already overcrowded schedule to a new, more demanding timeline. At this point in the AI process, reality sets in. Your glorious dream quickly transforms into a nightmare.

You’re dreaming about growth because all small businesses face the same universal growth imperative: either, grow or wither and die on the vine. But in this new world order of growth and expansion, you can no longer devote the majority of your time to managing day-to-day operations. Think of it this way. You’re giving birth to a new thing, a critically important thing that will impact your company’s future survival. While you’re in labor, someone else will have to take the helm.

In our technologically advanced society, inundated by talking smart phones, wifi-enabled tablets, encrypted teleconferencing and 24/7 cloud access, it’s easy to delude oneself into thinking we are always in touch, always in control. This is a false assumption, especially when it comes to running the day-to-day operations of a small business organization during its three to five year infancy. The team’s motivation, interaction, competitiveness, goodwill and spirit of reciprocation are tied directly to the owner/CEO’s philosophy and conduct. During these fragile years of struggle and uncertainty, rules and procedures remain in a state of flux. Many decisions are being made for the first time. Too many mistakes and everybody goes home.

Be your organization’s visionary

More importantly, the owner/CEO is most often the true (Michael Dell /Steve Jobs) visionary within the organization, the person that reassures everyone the impossible is possible, and that dreams do come true. That’s what visionaries do. They take an unfamiliar, untested concept and transform it into something believable, attainable, and beneficial to the participants. In a way, they are legendary conmen, peddling the truth instead of a lie. They believe, then make it possible for others to believe; enduring skepticism, criticism and even sabotage along the way.

Visionaries are charismatic, persuasive, confident and high risk takers. They demonstrate tremendous self-control during times of crisis. But of all the characteristics that set them apart, the most compelling one is social intelligence. Visionaries have an uncanny ability to gage the shifting emotions, priorities and anxieties of their internal and external audiences, and then, respond accordingly.

Visionaries use the power of empathy (toward the priorities of others) to make things personal. Many times Jack Welch, former CEO of GE, had to beg people to take a vacation because their “personal buy-in” to assignments and sense of being appreciated was so strong, it superseded their desire to take time off. Google has the same problem. If there is one common thread you should recognize among successful visionaries, it is their ability to not only create innovative, game-changing products and services, but also build a burning passion among stakeholders who associate themselves with the cause.

But back to you…

You’re dreaming of expansion, and rightfully so. But if you’re the company’s visionary, how can you afford to turn over the reins of power to your second-in-charge VP. He’s good at what he does. But he’s a manager in the traditional sense, cut from a conservative, no nonsense cloth. He’s not a visionary like you. What will happen to the company while you’re in Japan giving birth to this new thing?

The answer is simple. What eventually happens depends on you.

First, you must embrace your earlier assumption that he is not a visionary. He doesn’t have to be. In fact, when you examine the strategic impact that role playing has on successful team building, it may be a good thing he’s not. In most instances, two visionaries just won’t fit into one small business box.

In the book, What’s Wrong With Your Small Business Team [Executive Hardback], I refer to your second-in-charge VP as the  Drone/Enforcer. If you’re a Star Trek fan and followed the series featuring Captain Kathryn Janeway of the USS Voyager, you’ll remember her first officer, Commander Chakotay. Chakotay represents the ideal depiction of what a drone/enforcer should be. He’s a designated, trustworthy, hand-picked team leader that thoroughly understands the stated and unstated mission of the organization, and functions as a trumpeter of the core message, a process-server of the detailed execution of policies derived from the core message, and a transparent firewall between the owner’s visionary leadership activities and responsibilities for the daily operation.

Though fiercely loyal, he is, by no means, a yes-man. He’s not afraid to question, challenge, correct and even express disappointment in the small business owner’s decision-making. But because of his respect and loyalty, these critical exchanges almost always occur behind the scenes. During the civil rights movement, Reverend Ralph David Abernathy was Martin Luther King, Jr.’s drone. Vice President Dick Cheney was the Bush Administration’s drone. And before he left Microsoft, Bill Gates relied on Steve Ballmer as his drone.

As a small business owner with years of team building ahead of you, there is a sophisticated premise in play here you should understand. Drones are not concerned with visionary breakthroughs or saving polar bears at the North Pole. Drones are interested in three things: knowledge, efficiency and control. Chances are, your detail-oriented, ever-vigilant second-in-charge VP knows more about your day-to-day operations than you. He knows which trucks are most dependable and which leaks in the warehouse roof need to be fixed first. He knows that invoice #2355RT has not been paid because he’s trying to teach vendor #277 a lesson about over billing.

This superior knowledge serves as a balancing mechanism that defuses potential ego clashes when you’re standing at the podium, smiling, waving, and having your photo taken as you receives the Entrepreneur of the Year Award. The drone/enforcer is content, knowing true power lies in superior knowledge rather than the pomp and circumstance of bright lights and formal ceremonies.

With this critical understanding of team dynamics and the importance of role playing within your organization, you can, indeed, go off to India and China and Japan to give birth to this new thing, free from worry your operation will fall apart. Your drone will take care of your operation. What you need to do is concentrate on taking care of your people.

If you have ten to twenty team members working for your organization, call three a day… that includes warehouse workers and janitors too. Find out what they’re doing. Get them excited about what you’re doing. Use that wifi, encrypted, 24/7 technology to stay in touch. When you fly back on weekends, bring some tea cups from China, or whiskey glass from Russia, depending on the alcoholic tendencies of your group. Do what visionaries do. Do it without the slightest expectation your drone will do it for you. Make it personal. Show empathy for the priorities of your team members. And then watch your business grow.