Falling in Love With Niches

I particularly liked Jim Blasingame‘s Wonderful World of Niches in one of his weekly emails last month. Jim is The Small Business Advocate, and he does a daily show on Internet radio. 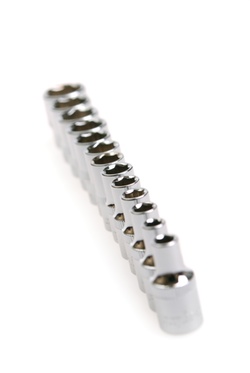 I think most of us are already on to this, but still, Jim says it very well:

For the past 30 years, the marketplace has increasingly become like that ‘Best’ socket wrench; every year, it acquires more notches. Except in the marketplace, notches are called niches … As niches have increased in number, so have entrepreneurial opportunities, resulting in the most dramatic expansion of the small business sector in history.

That’s a good reminder. Strategy is focus. It’s not who has the largest target market, but who has a narrow and well-defined target market that loves what they do. Jim adds this example:

Rebecca Boenigk is the president of Neutral Posture, Inc., a Texas small business founded by her and her mother over 20 years ago. Rebecca and 75 employees manufacture REALLY comfortable and ergonomically correct office chairs. She told me that her business is doing just fine because they fill a niche, instead of trying to be all things to all people.

Are you focusing on a specific niche? Can you define that niche easily? Do your customers understand what you’re doing? Can you explain exactly who’s in your market, and who isn’t? Can you describe an ideal target customer in detail, as if you were describing them as a character is a short story?

If the Sky is Falling, Say So

Financial Statements to Know and Love

If the Sky is Falling, Say So

Financial Statements to Know and Love