I got another e-mail today about a new business that’s a lot like some other business; sort of a “me-too” for something.

This is a tough topic for me, because I firmly believe you don’t have to be first in a business to succeed. The second, third, fourths and so on often do better than the first. One advantage of being second, just as an example, is that it’s easier for customers and investors to understand what you’re doing. Still, despite that general sense, not being first is different from just straight copying something.

Slipstreaming is a racing term, from auto racing I’m sure, and from bicycle racing I suspect. With autos, one driver slips in right behind another, which reduces the aerodynamic drag on both. Both cars go faster, both cars save fuel. The one in front worries about when the one behind him is going to make a push to pass and take the lead. 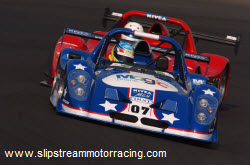 Slipstreaming is also a business tactic, in some cases even a strategy. If you’re old enough you’ll remember when Avis rental cars advertised “We’re Number Two. We try harder.” More recently, I think LinkedIn and Facebook have been slipstreaming–although in that case it’s hard to tell who’s leading and who’s right behind. I think Google slipstreamed Yahoo! during its first few years. I think Yahoo! Messenger slipstreamed AOL’s AIM.

Breathing exhaust, however, is an entirely different matter, quite different from slipstreaming. It’s just imitation.

Since this is hard to explain, perhaps examples will help. There was somebody in e-mail the other day wanting to create a “Facebook for business.” I wanted to suggest naming it either LinkedIn or Plaxo, but I decided it was better just not to answer the e-mail. Today I have somebody asking how to start an online stock trading site. Call that one eTrade, please, or maybe Charles Schwab. Just as the prospects of Elvis imitators are limited, so, too, are the prospects of a project management web app that’s just like Basecamp.

I’m not trying to say you have to be first; in fact you can be different from the first, and better . . . and sometimes just different. But you can’t just follow behind the leader on the blind faith that people will buy from you instead of the leader, for no good reason.

Of course you can follow. Often the second and third entrants in a market win. VisiCalc was the first spreadsheet, followed by SuperCalc, Microcalc and Multiplan … but when Lotus 1-2-3 came along and swept the market, it wasn’t just another spreadsheet. It was the first so-called “integrated” spreadsheet (charts and databases, I think). And then Excel trumped Lotus 1-2-3 because (I think. Maybe) it brought the advantages of a Mac-like interface to the spreadsheet, even if that meant Windows on a PC.