The 5 Invaluable Lessons We Learned Starting a Community Radio Station

Like most other community radio stations, Radio Boise is a not-for-profit organization.

While there is a small paid staff of seven people who help run the station—both part time and full time—the deejays are all volunteers. There’s also a small group of steadfast individuals, including community members, who help keep the station up and running.

In 2003, when Radio Boise was in its infancy and only just banding together as a team of like-minded individuals, it was known as the Boise Community Radio Project. It wasn’t until 2011 that the station actually went live on the FM airwaves.

Jessica Evett is the new general director, and Fredrick Wayne Birt is the program director who oversees the program proposals, training new programmers, helps curate underwriting production, and looks after general show quality at the station.

I’m one of the volunteer DJs, and I host a weekly radio show all about poetry called “The Poetry Show!” In addition to featuring interviews with local poets and other writers coming through town, I also read poems with background music providing ambience, and I curate audio recordings of poets reading their work as well.

Recently, I sat down with Birt—one of the original programmers of the station—and asked him to share some of the lessons he thinks the Radio Boise team has learned since the station has gone on the air.  Here are five things they learned from starting a community radio station.

See Also: How to Start a Nonprofit 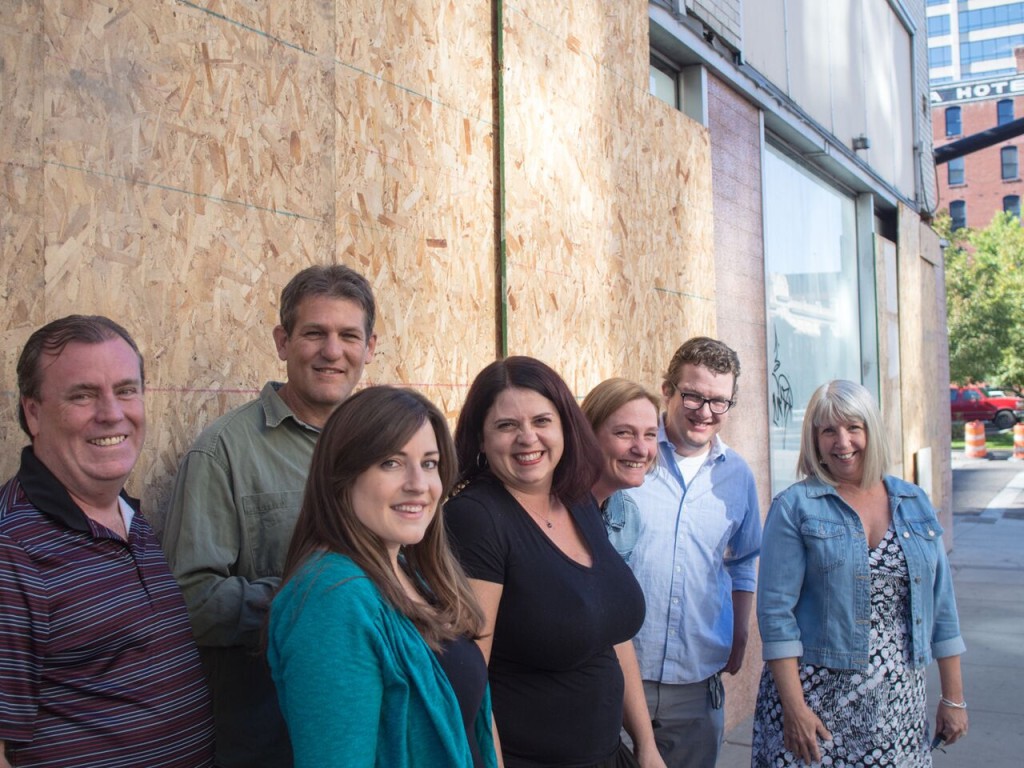 It’s kind of like herding cats. That is, you have to accept contributions in bite-size proportions.

Continuity is often obtained via chains of volunteers, as opposed to leaning heavily on individuals, for example.

That being said, the leadership team that makes up any organization is extremely important, and Radio Boise is no different.

Here are a few important management characteristics to remember:

Human leaders are more relatable than sterile, robotic management, so it’s important to be human and transparent, along with showing empathy and practicing good listening.

If volunteers feel as if they’re being communicated with in an honest, empathetic, and real manner, volunteer tasks are accomplished more smoothly and with more contagious enthusiasm. This is because individuals will feel as if they’re members of a family, as opposed to cogs in a machine.

See Also: How to Start a Food Shelf in Your Community

2. People are collectively more generous than you could ever imagine.

Every six months we have “Radiothon” to deal with our biannual, ten-day fundraiser for station operating costs.

Programmers are asked to approach listeners and basically ask for money.

This can be a challenging feat, because the level of giving from one Radiothon to the next for any particular show can seem random and difficult to predict. However, it is always heartening to see the collective impact of all of Radio Boise’s listeners combined when they come together each spring and fall.

This collective generosity is not only observable in the listeners, but also in the comradery and general good spirits of the volunteers who come in to help answer the phones during Radiothon, as well as the programmers and station administrators, who give countless, largely-unpaid hours to the cause of good radio programming—both during Radiothon and throughout the year.

Composing an effective pitch requires not only inventiveness and energy, but a great deal of wackiness and fun in order to keep the momentum going.

All this extra work on the part of the programmers reveals the extent to which Radio Boise has effectively changed all of our lives. We’re willing to go to great lengths—for example, reading one’s high school diary live, on air—in order to reach our collective goals. 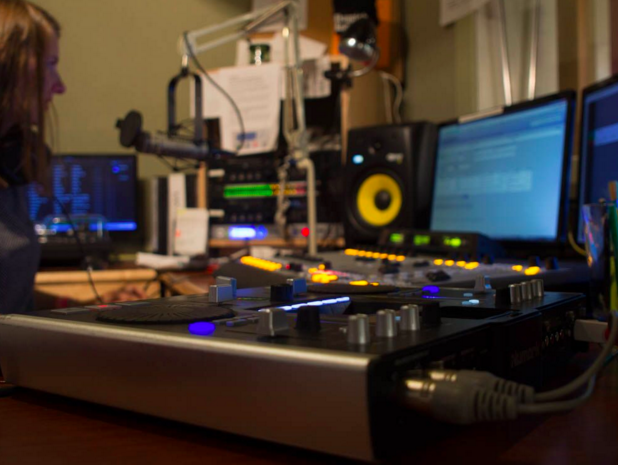 There is the constant of new people, every week.

Change and instability are inevitable. Don’t rely on everyone to be completely reliable and constant.

However, it is possible to get a lot accomplished if you remember the proverbial “two steps forward and one step back” rule.

Despite the gradual pace of the station’s progress in areas such as fundraising, local events, and promotion, the development of the Radio Boise community has felt a little like what it must have felt like to live on Alcatraz Island—that is, before the residents of the infamous island established trust and a connection with the inmates.

In a similar way, more mainstream and traditional radio listeners in Boise—who would usually listen to NPR or The River—have given Radio Boise a try and found something they liked in the programming.

Part of the reason behind this is that slowly, over time, KRBX has become well known as a broadcaster of a wide variety of music. Radio Boise has also proven to be open to suggestions and listener feedback.

See Also: How to Delegate Effectively and Find More Time for Yourself

4. If your cause is solid, it will succeed.

Part of the key to this is building the brand name of your radio station’s mission.

What is the goal of community radio?

One part is radio-related—that is, the technical requirements of obtaining a frequency under which to operate, finding a location from which to broadcast, etc.

The other part is the “community” aspect of community radio.

Does your station help build up the community around you?

Is it locally based?

Does it cover events in the community?

Does it offer involvement to members of the community in a transparent, earnest manner?

One way to involve audience members in a fun, dynamic manner is to post frequently on social media platforms.

Social media allows community members to contribute their input in a real-time format, that allows for both participation and additional listeners who might not have originally been aware of a particular show’s broadcast material or live coverage of a local show or festival—for example, when Radio Boise covers the annual Treefort Music Festival.

In addition to live broadcast coverage of the main stage acts, there are additional in-studio shows that are broadcast live—both on the FM airwaves and streaming live online—as an alternative method of accessing the festival for those members of the community who might be unable to attend in person.

See Also: Power to the People: How to Create a Profitable Social Enterprise 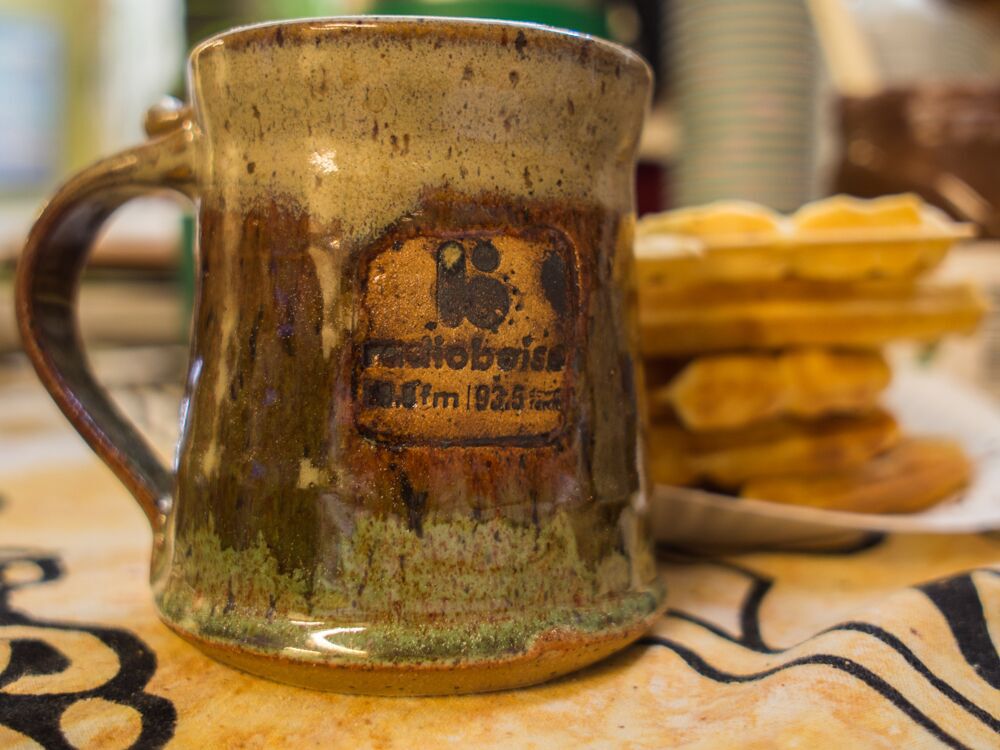 One of the goodies you can buy to help support Radio Boise during Radiothon.

5. The key to momentum is constant positivity.

Many of us involved in community service and social movements are well aware that it’s of vital importance to find time to recharge and stay positive.

Of the many important characteristics of great community leaders, dedication, intelligence, and motivation are all qualities that are rechargeable, so to speak, via periodic vacations or trips to the mountains.

Self-care is crucial to maintaining the ability to give fully to those around you.

Whatever you need in order to maintain your momentum, whether it’s a trip to the Tetons or daily meditation, find something that restores your sense of peace and that helps you deal with stress in a healthy way.

In conclusion, there are many technical guides to starting a community radio station out there, but the more abstract aspects are just as crucial to getting and keeping your station off the proverbial ground.

With good people and a solid philosophy of community education, empowerment, and betterment of the public good, your small business or organization will be sure to thrive.

Daphne Stanford is a writer living in Boise, Idaho. Listen to her weekly radio show all about poets & poetry on Radio Boise, or find her on Twitter @TPS_on_KRBX.