From a Recipe to a Restaurant: The Story of Ume Grill 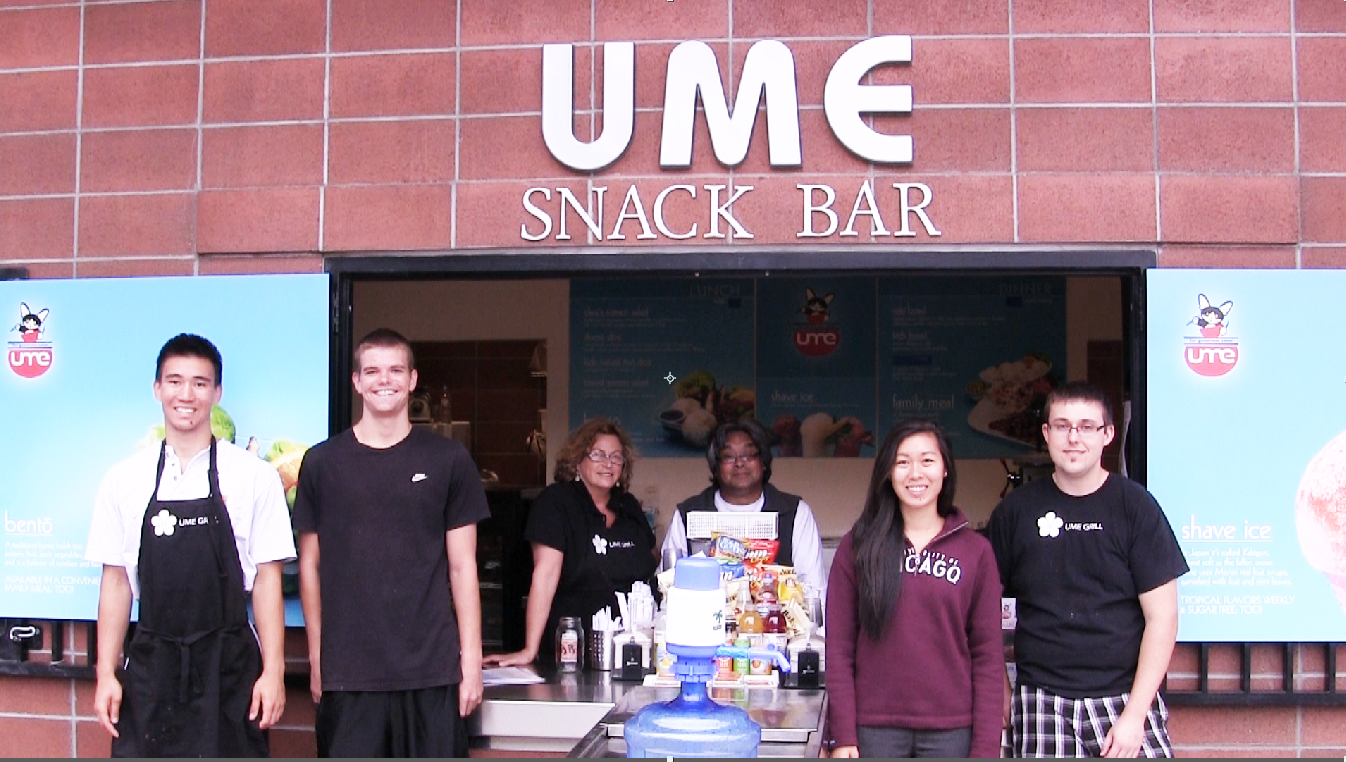 In 2009, Helen Nahoopii was unemployed—laid off in the midst of the recession from her job in non-profit fund development—and itching for the next big thing in her life. And then one evening, while preparing dinner with her good friend Rayton Takata, she found it: Rayton’s infamous teriyaki steak, the meal she loved and looked forward to, was so good and so unique that it could be the cornerstone of a restaurant menu. There was nothing else like it in Eugene, Oregon, but Helen was sure that if they could just try it, consumers in Eugene would love it as much as she did. So she and Ray took the gamble, and together they set out to build the best restaurant they could: Ume Grill.

“We knew we could do this one thing really well,” Helen said. “I built the rest of the menu using the concept of umami.” Umami is one of the five basic tastes, a savory flavor that can be hard to pinpoint but is usually the quality that really finishes a recipe, or that turns a good meal into a truly memorable one. It is very closely associated with Japanese cuisine, and the effect of umami can be amplified by pairing certain foods—cheddar cheese and beef in the classic cheeseburger, anchovies with Parmigiano-Reggiano in caesar salad, and at Ume Grill, the combination of chicken, apple and wasabi mustard in the domo dog is quite the umami experience. 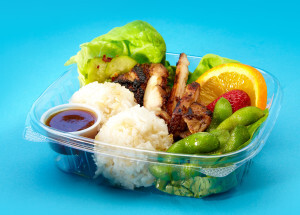 Helen, a self-described “art person” and a photographer, knew that part of Ume Grill’s success would be in the presentation of its meals. “Beautiful food always tastes better,” Helen told me, and Ume Grill certainly operates on that philosophy. Every bento box is colorfully and carefully arranged, every shaved ice dessert is shaped by hand and topped with fresh berries. “It’s part of the Ume experience we want to create,” Helen said. 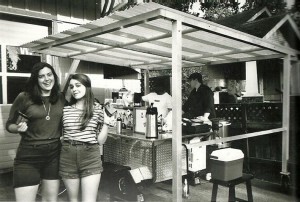 When Helen and Rayton launched Ume Grill in 2010, they started from scratch. Their first space was a food cart in the parking lot next to their home. “It was literally an old hot dog cart that we revised,” Helen said. “We could only make and carry enough food for 50 people.”

Even so, the two partners remember that phase of their business fondly: “It was like serving dinner to 50 friends every night,” Helen said. “We really loved [the location] because it gives that whole image of what this meant to us. We believed it was building good community and good karma.”

Planning, expanding and adapting their dream

“I’m constantly innovating and recreating, reinventing my model, in a realistic way,” Helen said of her approach to running Ume Grill. And as she looked for opportunities to reinvent her model and grow, she paid close attention to her customers’ needs. Ume Grill’s typical customer is a health-conscious parent, according to Helen—someone searching out kid-friendly meals that are flavorful enough that the kids don’t even realize they’re eating food that’s good for them. So naturally, providing school lunches pulled to the forefront of Helen’s expansion plans. 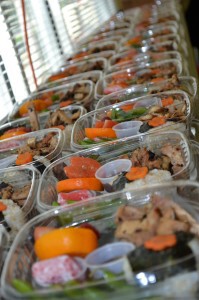 Ume Grill launched Ume Bento-Go!, delivering pre-ordered bento boxes to a local elementary school, and: “Boom—I was selling 130 meals at lunchtime. I had to hire an employee!” Helen said.

Just as Ume Bento-Go! was heating up, a contractual obligation that the school district had made with its cafeteria supplier put an end to the popular program. Parents and kids were upset, Helen said, even protesting the decision, but “we made another path. These roadblocks are going to happen, but you’ve got to be two steps ahead of them.”

And not too long after, an “unexpected opportunity” presented itself: Helen was invited by director of Parks and Recreation for the City of Eugene to submit a proposal for Ume Grill to become the next exclusive vendor service at the city pool. “There was this need to reinvent ourselves again,” Helen said, so she drafted and submitted a proposal, and when it was accepted, she got the new Ume Grill ready to open at the beginning of the summer season. In its first day at the new location, Ume Grill sold more than it used to sell in an entire week at the original cart.

To facilitate the fast sales growth and remodel the Ume Grill kitchen, Helen needed to secure a small business loan. And in order to secure a loan, she needed a business plan. Helen decided to use LivePlan, a web-based business planning software, to create her plan. “I just thought it was a cool template where I could fill in the dots,” she said. “I have tried other software, but [LivePlan] is comprehensive and ask the right questions. It makes you really think about the present and the future of the business.”

Now, business is booming, and Ume Grill employs eight full- and part-time workers. And even though the summer’s end is near, Helen feels like Ume Grill is in a great spot.

“In the summer, there are things you look forward to. Ume Grill is one of those things,” she said. “In the summers, it’ll be like old friends getting back together.”