Happy International Women’s Day! What a wonderful day to celebrate, not only because I get to celebrate my side of the gender spectrum, but also because it’s a perfect time to take a look at how women are doing in the business world. 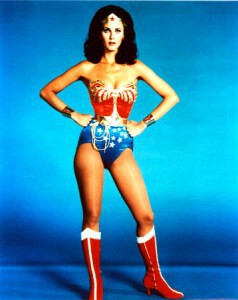 When I think of strong leaders, there’s a rolling list of kickbutt powerhouses that comes to mind: Sandberg, Mayer, Whitman, Clinton. And you should know, if you think I’m talking about  Andy, John, Walt and Bill… you’re wrong. Come on now, Andy Sandberg? Isn’t he an actor or something?

We’re seeing more and more women not only taking charge of their companies, but actually being recognized for their accomplishments. This is something that I think we can all agree is long overdue. Don’t get me wrong, men are
absolutely wonderful and often times excellent in business leadership… However, so are women.

Without getting into the controversial semi-chaos of gender inequality, let’s look at some quick facts about women in business:

Aren’t facts fun? I think so. It’s fascinating that a few numbers can paint such a big picture.

Because I’m such a sucker for the bulleted list, I’d like to highlight a few of my own favorite females (don’t worry, I won’t talk about my mom… but she still tops the list):

Another very cool bit of media that I ran across is called “Makers: Women Who Make America.” This is an incredible PBS special that tells the story of the social revolution of America, highlighting interviews with Oprah Winfrey, Hillary Rodham Clinton, and Ellen DeGeneres.

I suggest you gather your lady friends, some party hats and a bottle of champagne and celebrate International Women’s Day by watching this video. And yes, I’m talking to you too gentlemen. We can celebrate you on International Men’s Day (which is November 19, for those of you about to Google).