How Founders Can Become Better Leaders 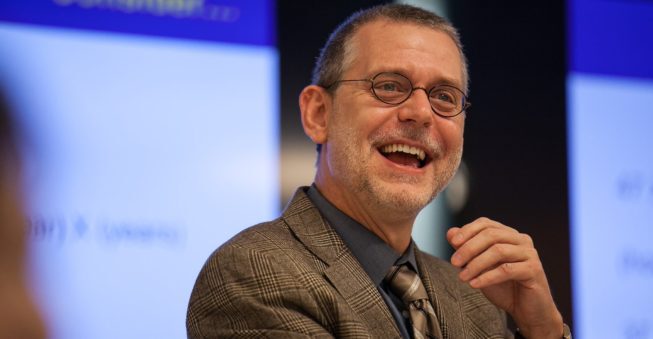 As a founder, you’ve probably been focused on writing your business plan, building out your financial forecasts to position yourself to get funding, and managing the day-to-day minutia of running a business. But have you thought about how your leadership skills and your ability to shape positive company culture can affect your startup’s survival?

The relatively high rate of startup failure is worth considering. Think about the costs of poor leadership and company culture left unattended: high turnover, disengaged and less productive employees, and even reduced revenue or financial penalties—just ask Uber how their leadership issues are affecting productivity in light of the recent resignation of their CEO.

But according to leadership expert Dr. James R. Bailey, there’s hope for those who know they need to improve. Dr. Bailey is a professor and Hochberg Fellow of Leadership Development at the George Washington University School of Business, and a fellow in the Centre for Management Development, London Business School.

He’s getting ready to release a new book called “Lessons on Leadership,” so I chatted with him about how founders can intentionally shape a positive company culture that encourages innovation and productivity.

He says, “Anybody can improve their leadership skills if they really want to do it and they’re willing to practice. It’s not going to happen overnight.” So, the earlier the better, but it’s never too late to take the time to self-assess and improve your skills.

Founders of young organizations sometimes feel like they’re under a microscope. It’s true, your employees are watching. They’re looking to you to set the tone, not just in terms of overarching strategy. “Those first five people you bring on board, they’re looking closely to you to give them clues or cues about the state of the business. If you’re anxious, they’ll be anxious, though they might not exactly know why.”

The power to set an intellectual and emotional tone is way beyond the scope of of a CEO of a huge organization, but leaders of small organizations have a heavier burden, and a greater opportunity to shape the culture of the company. And it’s not just about internal working relationships—the way your team feels about working for your company will have an affect on how your customers and the rest of the world view what you’re doing and how you’re doing it.

Dr. Bailey has been researching and teaching about leadership for more than 20 years; his interest grew out of his relationship with his father, a high school principal. His father was known for treating students, staff, and administrators with respect and dignity. Issues would come up, like lower than expected scores. But instead of pointing fingers, he would start by asking questions like, how can we diagnose and then implement plans to improve the problem?

“He never went on witch hunts,” Dr. Bailey says. “He believed in a state of institutional grace that starts with inquiry and leads to action. Most leaders start with action and then may or may not ever move to inquiry.” Dr. Bailey believes the action-first approach is counter-productive, especially for young businesses that are constantly changing and growing. 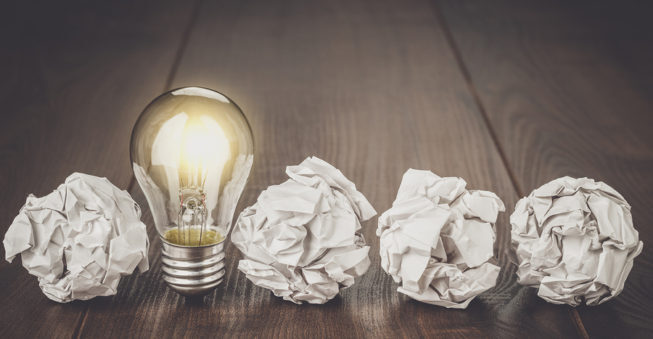 In many organizations, people don’t think they will be forgiven for mistakes. “This creates a downward cycle. It’s antithetical, the height of hypocrisy for startup leaders to punish people for their mistakes.”

Those mistakes, Bailey says, are required for innovation. For example, James Dyson created the first bagless vacuum cleaner as a response to frustration about diminishing performance in his own machine. But it took five years and 5,127 prototypes to get there. It simply would not have been possible to innovate if Dyson hadn’t been comfortable with making literally thousands of mistakes.

The ability to foster this sense of organizational grace, or the willingness to absolve the mistakes that do actually lead toward innovation, is critical, especially for founders working with small teams.

Be a steward of emotional intelligence

Dr. Bailey posits that good leaders are actually cultural change managers and stewards of emotional intelligence. In short, they should be on the front lines, helping people adapt to constant shifts and recalculations. If not, startups will find that they struggle to be nimble and innovative. “Some sources of resistance to change run deep, like fear of failure. People worry about whether they will be successful with new opportunities, and that triggers anxiety, which is not conducive to performance.”

Establishing some simple routines can help startup teams foster some sense of stability, even as things change rapidly within a young organization. “A baseball player goes through exactly the same body movements each time they’re up to bat. They swing a few times, dig their spikes in the dirt in the same way, rotating an ankle, setting up so everything is the same, so they can focus on one thing: the ball.”

To put an even finer point on it, think about the routines that you set up in your personal life to reduce stress. I put my keys in the same spot every time I walk in my front door so that I simply don’t have expend any brainpower on a key hunt at dawn. Barack Obama and Mark Zuckerberg are known for wearing roughly the same clothes every day.

Why? So they can focus their decision-making power on things that really matter. Dr. Bailey suggests giving your staff that same freedom by encouraging them to create routines around regularly expected tasks and events. They’re more likely to be able to be flexible as your organization changes if they don’t have to reinvent the wheel around their basic duties every day. 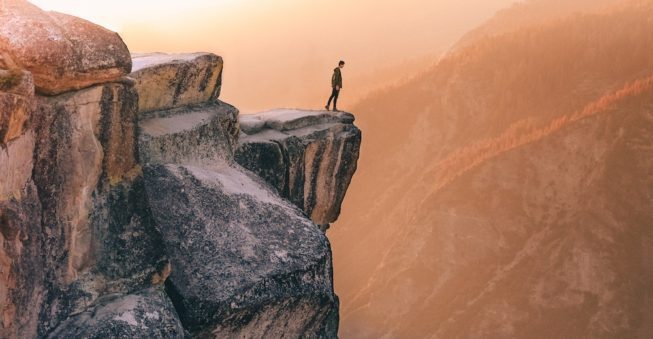 Managers would do well to remember that all change is loss—even positive ones like promotions can feel like a loss because routines are disrupted. People have to transition from doing work that they understand and have been successful at, to facing the unknown. They’ll need to build new systems and relationships—and they will probably stumble a bit at first.

Dr. Bailey says that when founders encounter resistance to change, they should take care to impart the news and its ramifications in small and digestible ways. Take time to reinforce the idea that the team has and will have the resources they need; there are probably even solid examples of times when they have already overcome challenges or found ways to innovate.

Reminding your team of those successes, Dr. Bailey says, actually leads to a dopamine release in the brain which lays a better foundation for introducing the next small step. “This approach gives people time to adjust so they’re not as worried about failing. It’s actually an evolutionary rather than revolutionary approach to managing change.”

So, avoid dropping sweeping and potentially shocking announcements before considering how you want your message to be received. You’ll also have to walk the line between managing the flow of information and the desire for transparency among your team.

But how can startups avoid getting bogged down in constantly processing change? Hiring the right team is a good start. People who are drawn to work for small businesses and startups generally have stronger risk-taking inclination, which makes their natural risk tolerance higher. But on the other hand, balance your team.

Some specializations are more likely to attract more risk-averse personalities. “Don’t paint the more conservative members of the team as scared school children that need protection, but do balance those personalities with those who have more risk tolerance so that there isn’t an informal pecking order.”

Also, make sure that you take the time for everyone on your team to meet prospective new hires to see how they mesh. Ask behavioral interview questions that focus on getting candidates to tell the story of how they actually handled a real situation, rather than giving them a platform to tell you what they think you want to hear. Make sure you ask questions that will give you information about how they have handled change and the quality of their working relationships with past colleagues.

Dr. Bailey also cautions founders about hiring people they know, particularly if they don’t quite fit. It can seem enticing to hire someone who knows you and is enthusiastic about your startup, but at some point you’ll waste time and resources if you haven’t focused your hiring on the practical skills that you need to actually run your company.

Managing change is generally easier for leaders who have cultivated their teams’ trust, and if employees have the sense that founders are operating with integrity. One of the best ways to be seen as authentic is to actually be authentic.

“Good leaders reveal their weaknesses—everyone knows you have one. If you don’t reveal, you’re being disingenuous. If people don’t trust you, they won’t follow you.” Self-revelation is humanizing, and it lays the groundwork for hiring in areas where expertise is lacking. 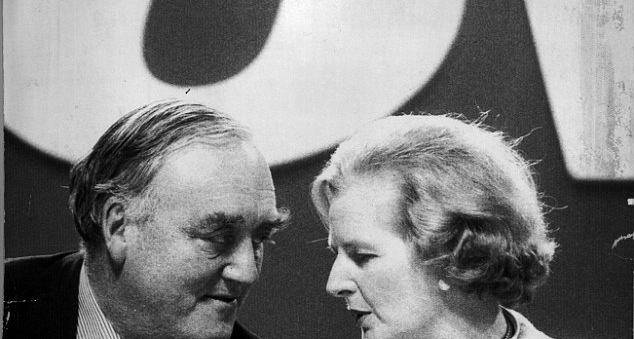 Consider former Prime Minister of the United Kingdom, Margaret Thatcher, for example. “She was know as the iron lady. Unbendable. Brutal. She would eviscerate staff and dignitaries,” says Dr. Bailey. Thatcher recognized this Achilles heel, and either didn’t want to or couldn’t change.

“But she was savvy enough to find someone who could deal with the scorched earth and replant. Her deputy, William Whitelaw, would follow behind her to remind those she offended that Thatcher actually admired and valued them.”

Thatcher famously said, “Every prime minister needs a Willie.” It’s a good reminder to acknowledge your shortcomings and make sure you hire to compensate for them.

Dr. Bailey says that everyone has a ceiling, but most people are operating significantly under their potential and have room to improve in terms of their leadership aptitude. Set some goals for yourself around fostering a culture of forgiveness for mistakes. Use those mistakes as opportunities to help your team grow and improve—and don’t be afraid to acknowledge your own weaknesses.

Kateri is a leader in innovative brand and content marketing. She’s committed to putting the best words in the right order to deliver high quality, discoverable, and useful tools and resources at scale. She enjoys exploring the intersection of tech, words, and the people to who drive small business culture.