How I Got My First Customer: I Found a Partner and Threw a Huge Event

This story is part of Bplans’ “How I Did It” series—true stories of real businesses getting started, solving problems and finding success. Read the previous story here. 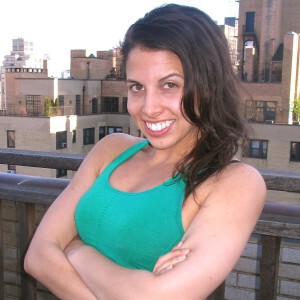 “The greatest difficulty in acquiring customers for my Corpão Brazilian Bootcamp fitness classes stemmed from a limited budget, which forced me to be extremely resourceful. My initial strategy was to build awareness through a large, public event that would showcase our services—I designed a free bootcamp class called Jumpstart Verão (Portuguese for ‘summer’), complete with live Brazilian music, to be held in Central Park.

“In order to build momentum around this event, I sought a partnership with VitaCoco, the Brazilian coconut water. The idea was that we would distribute the drink to participants as well as onlookers, along with information about Corpão. I advertised the free event via Facebook ads, professional and personal networks and through a targeted group on Meetup.com. 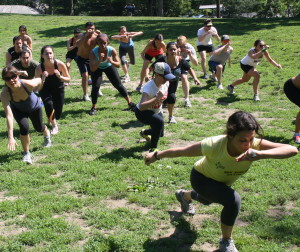 “The results were astounding! The event had the desired effect of creating word-of-mouth referrals, and I was also able to use the event as leverage to convince both LivingSocial and Groupon to feature my classes.”

Do you have a great story about how you did it?
Send it to us at howididit@bplans.com or tweet us @Bplans #howididit

How I Got My First Customer: I Created A Fake Customer

How I Got My First Customer: I Guerilla-Marketed My Way Onto TV

How I Got My First Customer: I Networked From the Very Start

How I Got My First Customer: I Created A Fake Customer

How I Got My First Customer: I Guerilla-Marketed My Way Onto TV