How to Fund Your Startup Without Losing Control 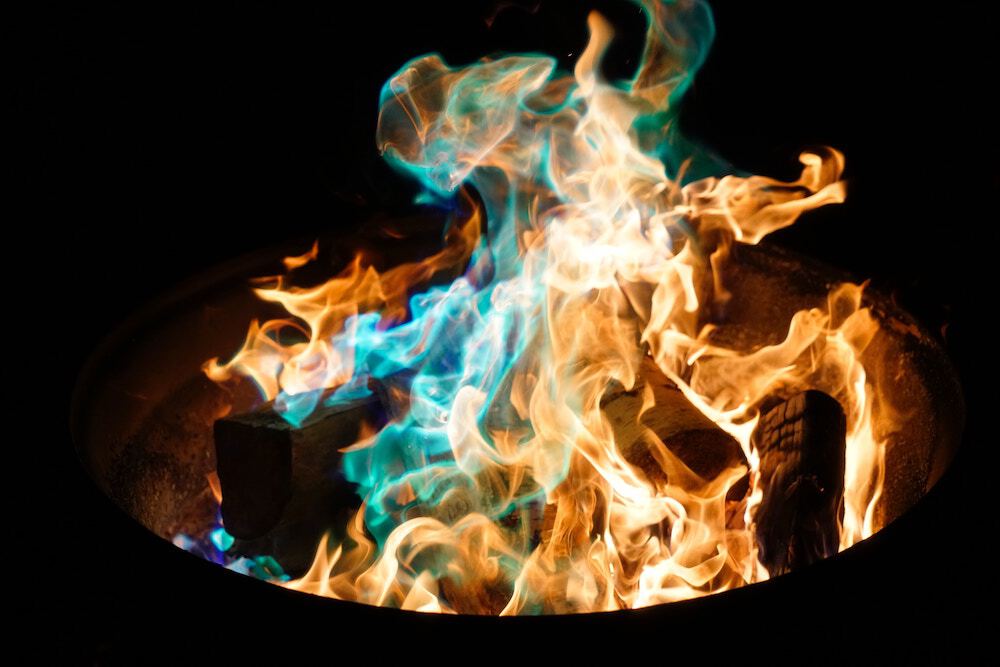 Capital investments are like gasoline on a startup business’s metaphorical fire. They allow you to hire more people, purchase new technology, and establish new business connections, among many other benefits.

If you’re like most startup CEOs, your startup has been your personal fiefdom and baby. You make all the decisions, when you want, how you want. When you accept outside money, particularly a private equity (PE) investment, however, that changes.

In this article, I’ll provide some personal stories of how investors have navigated the balance between raising private equity capital and not losing control of their startup.

Rule 1: Bootstrap until you have a viable product

Currently, most ecommerce businesses have IT staff constantly running manual tests to confirm that their site is operating properly, or they manually create expensive software to run these tests. Klemm’s idea is to radically simplify this by creating a codeless DIY solution which will test ecommerce funnels as often as once per minute and provide detailed feedback for the website owner.

Eventually, this business will require private equity to provide sufficient funding to develop some of the more robust aspects of the technology that will attract Fortune 500 clients. Seeking that funding prior to launching a viable product, however, would have virtually ensured that Klemm would largely cede control of the company to PE investors.

That’s because obtaining a pre-money valuation for a concept level technology company in excess of $1 million is difficult, particularly for a startup founder without a proven track record. For a business that anticipates needing, for example, $500,000 in startup capital, that means that best-case scenario Klemm can expect to give up half of his business’s common stock (and an even larger percentage of control of the business once the deal’s fine print provisions are considered).

By contrast, obtaining a pre-money valuation of $5 million for a business with a new viable product and even very minimal sales is somewhat reasonable. Under that scenario, the same $500,000 is only worth a 10-ish percent stake in the business, and the founder can retain far more control in the entity.

A shocking number of technology startups never even get their first product out the door.  Because of that, startups seeking PE funding prior to developing a viable product can expect to have their valuation heavily discounted to account for the increased risk to the investor, and as a result, lose a lot of control of their business.

So, even if it’s not perfect, get a viable product out into the market (and label it beta if you need to) prior to seeking PE funding.

Rule 2: Understand the PE company’s model to know how much control they’ll exercise

Twenty years ago, the majority of physicians worked in small or solo medical practices where they essentially ran their own small businesses. They set prices, wages, staffing levels, the scope of services, and so on.

Those days are long gone. Now the majority of physicians in the U.S. practice in mid-sized or large organizations and act more as employees than owners of the medical practice. That same rapid consolidation is now reaching dentistry, driven in large part by the need for increased negotiating power against insurance companies and buying power against suppliers.

Over the next decade, most experts predict that independent dentists will rapidly consolidate into larger and larger practices, where eventually their role will shift to that of the employee as opposed to small business owner.

Chris Pedlar is a dentist and owner of Pedlar Dental who was approached by a private equity company seeking to purchase significant minority stakes in independent dentistry practices. For Pedlar, the pitch from the private equity company was less about growth capital and instead focused on an immediate financial windfall for him at an attractive multiple, with no significant changes to the way his dental practice operated.

Despite the pitch from the private equity company being “we’re hands-off, we don’t want to run your dental practice,” once Pedlar took a step back to understand the PE firm’s business model as it applied to this deal, it became apparent that a deal like this only makes sense for the PE company (which needs to increase the profitability of the practice and achieve vendor scale) if they can exercise control over significant business portions of the practice.

Ultimately, Pedlar understood that no matter how the proposed deal was discussed, eventually, the PE company would need to exercise significant control of his business for the deal to make sense for the PE firm, and so he passed.

The lesson here is to take the time to understand the private equity company’s long-term goals both as a company and as it relates to your specific deal. Then largely ignore whatever the PE company’s representatives tell you about how the deal will play out from a control perspective and assume that they will work to maximize long-term returns for themselves, which is, of course, their job.

In this case, because Pedlar took the time to do that, it was apparent that a deal like this, despite its apparently innocent pitch, was predicated on a significant loss of control of his practice. Consequently, he passed.

Rule 3: Leverage your round 1 successes to better round 2 terms

Adam Carlson is a serial entrepreneur who has successfully raised private capital at three different technology startups. His first capital raise was a $2.75 million early-stage raise that involved pitching to over a dozen PE firms, which took months to negotiate.

Ultimately a deal was reached in which the company’s founders ended up giving up majority stakes in the startup, along with turning over significant business decisions to the private equity investors, in exchange for the capital. In the end, however, that PE investment was a successful venture for all parties, and Carlson left the organization to start a new venture.

In 2015, Carlson founded another startup, Soar Payments, a merchant services company, and sought to raise outside capital to fund technology investments that would provide the company with a competitive edge over competitors.

Unlike his first capital raise, however, instead of soliciting interest from various private equity firms, the company instead came up with a pre-packaged offering and Carlson went exclusively to his previous investors and offered the deal on an as-is basis. A deal was reached after two phone conversations and within three weeks contracts were signed and the investment was funded.

There’s a reason that private equity companies tend to concentrate their early-stage investments among Ivy League graduates in Silicon Valley, and that reason is reduced risk. Because for a private equity firm, investing in a company at an early stage is as much about assessing the riskiness and likelihood of success of the individual founders as opposed to the viability of the company’s business model. An Ivy League education, or a previous work history at a high-profile technology firm, are simply decent markers that the individual’s likelihood of success is slightly higher.

However, there is no stronger predictor of future entrepreneurial success like previous entrepreneurial success. Therefore, if you have previously started a successful business that raised and deployed PE money, you are almost always better off going back to the PE folks that you’ve already made money for and seeking a second investment.

Moreover, you can use your increased leverage (and greater understanding of their business model) to largely pre-package a mutually acceptable the offering to them, and in so doing, retain far greater control of your business than you might otherwise be able to negotiate.

Recording Excellence, an online music mixing startup, closed a small PE early-stage funding round a few years ago. As is typical with any PE funding, after the broad deal outlines were negotiated, both parties turned the deal documents over to their respective attorneys to negotiate the numerous details.

The attorneys went back and forth with little founder involvement until the documents were finalized, at which point they were then circulated for a final review and signed.

The investment deal, as written, provided the private equity investors with a right of first refusal in the event that a founder wanted to sell stock. The private equity firm’s attorney had argued that this was “standard practice” and that it didn’t affect much anyway, and it was included in the deal documents with little fanfare.

A couple of years after the investment, however, the founder, Scott Hawksworth, wanted to sell some of his shares at a discounted multiple to attract some industry insiders that he believed would help grow the company. The right-of-first-refusal clause, however, proved a significant impediment in his attempted sale of stock to the industry insiders.

That’s because a significantly underappreciated factor in small private equity deals are how often founders will need to make what on paper are non-economically viable decisions in order to help grow the company. In this case, when the founder wanted to offer some of his stock at an underpriced valuation, the existing investors who had a right of first refusal made it clear that they would buy up all available shares at that discounted valuation.

This had the ultimate effect of causing the founder to have to delay the offering, work extra hard to convince his early investors that this selling of shares was a strategic rather than purely financial decision, and ultimately he had to compromise by sweetening the deal for existing investors.

Accepting private equity funding is almost assuredly going to involve extensive contractual terms. Even the smallest deals involve literally hundreds of moving parts and legalese. Either due to a lack of understanding, a lack of attention to detail, or simply deal fatigue, most founders stop looking at the fine print of a deal after the first or second round of negotiations. That’s a mistake.

Small, seemingly innocuous clauses like granting the private equity investors a right of first refusal in the event that a founder wants to sell can have significant effects on the founder’s ability to engage in strategic business decisions such as granting undervalued stock as a means of attracting new talent. That’s particularly true when the company as a whole is valued at, say, below $20 to 25 million. That’s because at those levels the business is so small that the likelihood of needing to engage in contractually unanticipated strategic business activities is extremely high.

Private equity investments are an important part of many startup business’s plans for accelerating growth or providing founders with a liquidity event. Accepting any investor, particularly a sophisticated investor like private equity, involves accepting some degree of loss of control.

By being aware of, and applying the lessons of others, however, founders can significantly improve the degree of control they continue to exercise over their business after accepting an investment.

Rich McIver is the founder of Northwest Web Marketing, an online consultancy that helps companies achieve their web marketing and technology goals. Additionally, Rich has participated in and advised numerous startups and founders through the private equity investment process.