How to Hire for Emotional Intelligence 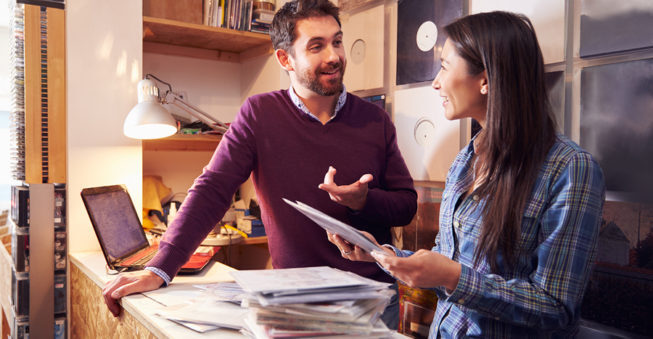 Studies were first being done on EI in the workplace in 1998. Now, almost 20 years later, it is gaining traction as one of the most important traits for an employee to have. At one time IQ was considered extremely impactful, but that paradigm is shifting. Now, EI is considered to be more important to businesses than IQ ever was.

Employees, managers, and company leaders all benefit from a high EI. They are more likely to communicate their needs, understand each other’s preferences, and feel welcome and engaged at the office.

Emotional intelligence is not just “wearing your heart on your sleeve,” but adjusting your behavior to make everyone feel comfortable and confident. When effectively integrated into business, EI is shown to increase profits by over 34 percent for some businesses, and increase employee positivity by nearly 58 percent.

The question then arises: How can a business hire for emotional intelligence? Here are some tips to help single out emotionally intelligent candidates in a hiring pool.

See Also:  How to Hire Your First Employee

Knowing where EI is most effective

When building emotional intelligence into your business, there are some aspects to consider. One of the most important may be, “Where is EI most effective?”

As the University of Southern California’s Applied Psychology program has found, EI can benefit everyone, but isn’t vital to every position:

However, the higher one climbs in the typical organization, the more valuable it may be—even as its absence may make high-stakes failures more likely.

Professionals in some areas, such as Human Resources or public relations, benefit from emotional intelligence throughout their career.”

EI plays into many different aspects of a good project manager; from communication to taking criticism, and even in creating an honest and trustworthy relationship with employees under their command. Often times when working in teams, having a steady grasp of emotions can be crucial to achieving the best quality project.

Leadership is where EI is especially powerful, and when hiring to fill HR, management, or other leadership positions, EI should always be considered. Proper implementation of EI not only results in a more communicative environment, but also lowers organizational stress and helps employees stay healthy and happy.

See Also: Hiring for Personality Instead of Experience

Here are some specific questions you can ask that will give you better insight into a candidate’s emotional intelligence.

1. How did you handle being in charge of a project? Did it stress you out, or excite you? Did you delegate tasks to other employees? If you did, then how?

This question is especially useful for anyone with past management experience. It will give you insight into how they manage their own time, as well as the workload of others.

Looking into how they handled the project—i.e., their response to stress—will help you understand how they regulate their emotions when under pressure.

2. Think of the last big project that you achieved. Were you happy with the end product? If you could go back and change anything, would you? What would you do?

This question is a better alternative than the old adage of “What is something positive about yourself and something negative?”

For some, this question will result in a simple “No, I wouldn’t change anything,” but for others, this could give you some valuable insight into how they view their work.

Do they think critically about their projects? Are they always aiming to improve? If the project was performed by a team, it could also give you some light into how they incorporate others and manage team interactions.

3. How did you deal with a conflict involving a coworker or manager?

This is another popular question to ask at interviews, but is especially helpful when hiring with EI in mind.

What started the altercation, and how did the applicant handle their personal emotions? Did they get defensive when talking about the coworker or manager that they had a grievance with?

Listening to how they resolved the conflict can be extremely telling to their emotional intelligence. If they were passive aggressive with the coworker or refused to talk to them, that is a sign they may not have very tight control over their personal emotions.

4. How do you cope with stress at work, either from work or from life outside of work?

Stress and how someone handles it is a definite way to understand a person’s emotional intelligence. Although a candidate might not admit to getting angry on the job, statements like “I deal with it in the moment and don’t let it rest” can be telling.

Alternatively, if a candidate admits that they hold their stress in, that can be a sure fire sign that a candidate doesn’t have a grasp on regulating their emotions. Knowing how to de-stress and decompress is key to keeping a level head when under pressure.

The importance of following up

According to the Harvard Business Review, asking follow-up questions to normal interview questions can greatly increase your ability to analyze a candidate’s emotional intelligence. They even suggest using a technique known as behavioral event interviewing.

Diving into a candidate’s experiences even further, by asking follow-up questions such as “How did that make you feel? What did you think about that? How did you handle that part?” can help interviewers fully understand a person’s emotional grasp of a situation.

As author Annie McKee with the HBR put it in her piece on EI:

“This interview technique allows you to ask for and hear details about how the candidate thinks in situations that involve stress, challenges, and other people. […] At the very least this tells you if the person is aware of his own feelings.

You are also likely to hear how the person managed these feelings and the extent to which he was aware of his impact on others (all of which adds up to EI).

And importantly, make sure you get the person to tell you what they actually did and how they behaved. This is where you will hear about the overt demonstration of EI.”

Emotional intelligence is impactful in creating a strong company culture and keeping employees engaged and motivated.

Even if very little emphasis has been placed on EI during your hiring process to-date, these tips should help you find the perfect next new hire for your business that not only reflects your values, but shows promise for strong EI.

When you build your business on a foundation of emotional intelligence, everyone benefits.

Katie is a Freelance writer and former bookseller based out of Boise, ID. She enjoys reading teen novels, eating mac ‘n cheese, attending indie concerts in small bars, and long walks on the beach. Her love for reading is only trumped by her love for cats, of which she has three. She also has a dog, and he helps keep her grounded. You can follow her animal and writing adventures on Instagram or Twitter.