Three professional athletes.
Two of them injured. The third with specific dietary needs.

What happens when they combine forces to create a snack for pre-workout fueling and  post-workout recovery?

Jesse Thomas, of Springfield, Oregon, was an amateur triathlete. When he decided to go pro and started training like it was his day job (because it was), his energy needs went through the roof. As he started eating more to accommodate his intense training, his problems digesting dairy and gluten were magnified. He needed a snack with the right nutritional makeup that he could grab and eat quickly without worrying about the ingredients, and there was nothing on the market that fit the bill.

His wife, professional runner Lauren Fleshmen (two-time USA Champion in the 5k and five-time NCAA champion) and her training buddy, Stephanie Rothstein, a professional marathoner, both had extra time on their hands because of injuries, so they set out to create the ideal energy bar for Jesse. 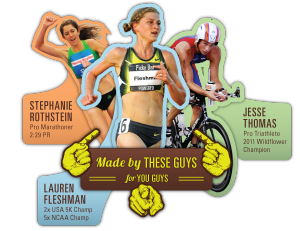 “Eventually they came up with a bar that we all really liked,” says Jesse, “and I started eating them like crazy.” The bars contain 200 calories from all natural ingredients like organic dates, natural nut butters, dried fruit, and chocolate, with a nutrition profile that’s considered ideal for recovery from training activity. And of course, the bars are gluten and dairy free.

When runners they were coaching tried samples and asked if they could buy some of the bars, the trio of Jesse, Lauren, and Stephanie realized they had a potential business on their hands. “We decided, hey, let’s try to make this a legitimate business. Let’s try selling them online.”

Luckily for the Picky Bars team, they had an ace in the hole. In addition to being an incredible athlete, Jesse happened to have an MBA and previous startup experience. The group formed an LLC, got the required licenses, and in late October of 2010 sold their first Picky Bars online. “We just started making them and selling them ourselves. In the first month, we sold around 5,000 or 6,000 bars.” Since then, business has boomed. “Last month, we sold around 13,000,” Jesse says.

What’s interesting about Picky Bars success is that the business, which in addition to Jesse, Lauren, and Steph employs two full-time and nine part-time workers, is basically a second job for all three of its founders. “Our top priority is competition. That makes this a lot different than my previous startup experience, which was a very typical Silicon Valley startup where we took on venture capital and worked 80-100 hours a week. It was our entire lives,” Jesse remembers. 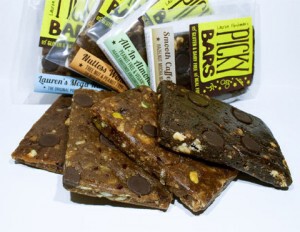 It isn’t always easy to juggle responsibilities of being professional athletes and  entrepreneurs, but it works for the Picky Bars crew. “The situation has enabled us to determine our own need for growth. We aren’t pressured to grow it super fast or to make X return by year five,” he says, acknowledging that this also has probably held the company back. “But what we have now is a truly organic base of customers, and a product that people legitimately value.”  Many value the bars so much that they join the Picky Club to get monthly supplies of bars automatically delivered to their homes.

Over the last six months, sales have increased five or six times, just by word of mouth and a very small amount of promotion at athletic events. Seeing that, Jesse says he realized that what he had been considering “just a project” had become an actual business. “That’s when all of a sudden, having a plan, thinking about how things will be impacted financially, what our strategy is, became much more important.”

When a Picky Club member suggested LivePlan, Jesse signed up and used the online business planning software to create financial projections and start thinking specifically and strategically about the future of his company. He says the process of working on a business plan has been tremendously valuable as he prepares to steer his business toward sustainable growth.

And while he clearly enjoys managing the company, Jesse says the human side is really what gets him going. “The most rewarding part of the whole process for me is bringing in these other people, and having them continue to grow as the company grows,” says Jesse. From his previous startup experience, he knew the value of hiring the right people, and says that has led to a “culture built around people who have a healthy work/life balance, who are active, and are generally fun and happy to be around.”

His employees care deeply about the company, says Jesse, acknowledging that in some ways they want to see Picky Bars grow faster than the founders do. It’s a good problem to have, he knows. “It’s amazing to have employees so emotionally invested in what they do.” 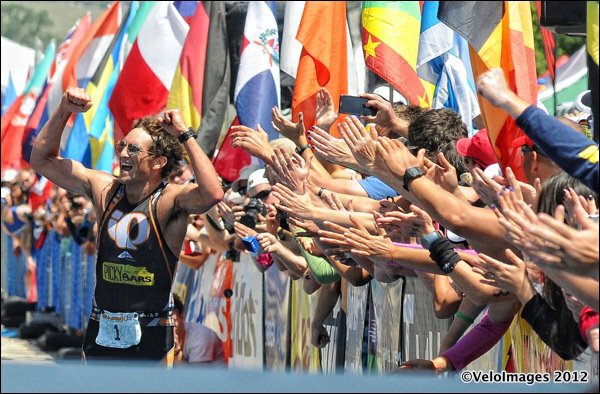 Check out Jesse’s website Leapdaysports.com for details about his second consecutive win at the prestigious Wildflower Triathlon, only days after this interview was conducted at his Springfield, Oregon home.