The Netflix original series, Orange is the New Black, takes a gritty, poignant, and hilarious look at life inside a women’s federal prison. The show premiered in 2013 to critical acclaim, and in June 2014 Netflix released all 13 episodes of its second season. The show recently won the Critics’ Choice Award for Best Comedy Series, and has garnered 12 Emmy nominations.

Rather than binge-watching the season the weekend it came out, I took a few weeks to work my way through the episodes. As I did, I was really intrigued by how much of the season two story arc revolved around Red (played by the amazing Kate Mulgrew) and Vee (a season two guest starring role for actress Lorraine Toussaint).

Specifically, much of the plot revolved around their competing ventures in smuggling and distributing illegal contraband to other prison inmates.

Now, I think it goes without saying, but our legal department wants me to make this disclaimer: I am in no way promoting any illegal behavior, and Bplans cannot be held responsible if you make poor life choices that land you in prison.

That being said, even your completely legal business venture can learn a thing or two—or six—from what unfolds in season two of Orange is the New Black.

I’d also like to note: I’ve avoided major spoilers below, but if you’d like to watch season two with no prior knowledge, be forewarned that there are minor spoilers included. 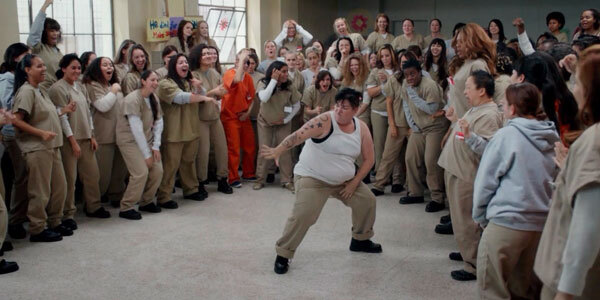 Although it’s probably not “incarcerated women age of 18-80,” you still need to define your target audience.

As you consider your new business idea and the market that it can reach, you will need to figure out how to differentiate yourself from the competition. This is especially important in highly competitive industries. High competition can be a barrier to entry, but it doesn’t mean success is impossible. The coffee industry was already highly competitive before Starbucks decided to enter the market, but an aggressive growth strategy and a deep understanding of their target audience has made them a global leader. Unless you’ve done your market research, you won’t know what kind of differentiation matters to your customers. If you haven’t started your market research yet and need help starting, check out Tim Berry’s post on how to perform market research. 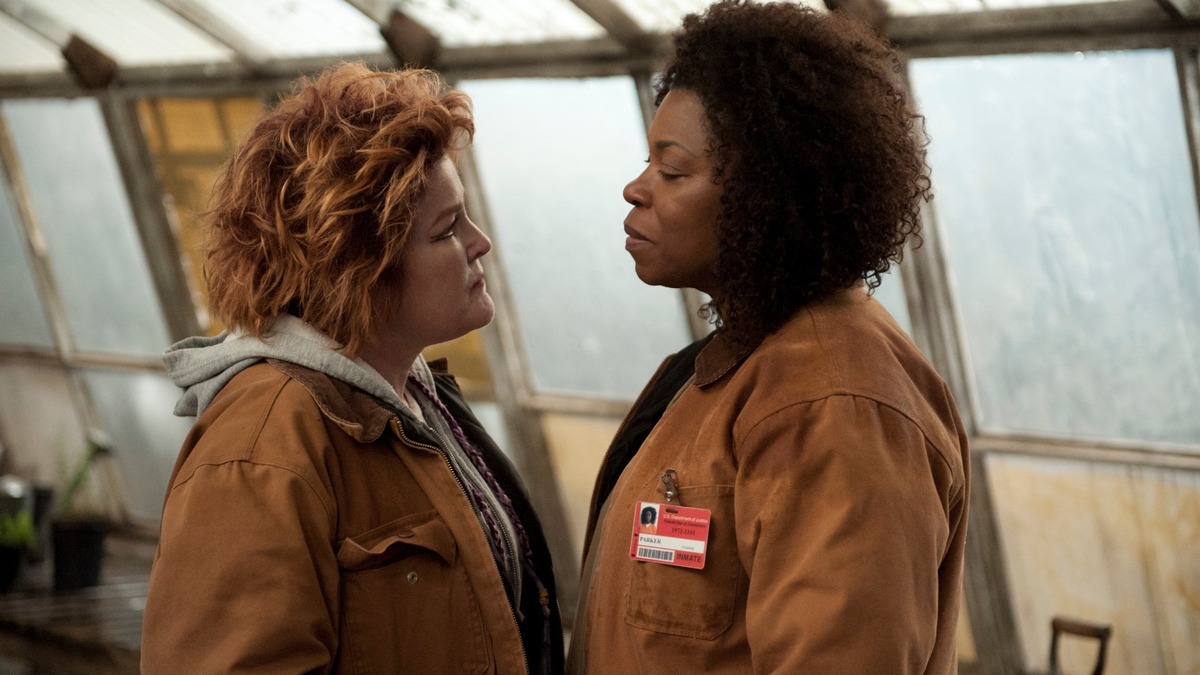 I don’t think your competitors will threaten you with a sock full of rocks, but you should keep an eye on them just the same.

Although Red’s business suffered from the breakdown of her supply chain, her biggest mistake in season two was that she underestimated her competition. Red operates with her own code of ethics, and assumes that Vee does as well. By making this assumption, she trusts Vee’s word when they agree on a truce and never sees a double-cross coming.

As you run your business, it’s easy to assume that the way your industry operates now is how it will operate for years to come. Businesses that make this assumption settle into “business as usual” operations and are often taken by surprise when change comes. Don’t underestimate your competition and what they may be doing to capture more market share. You don’t have to be the leader in innovation, but you must be prepared to adapt when change comes. “Competitive research doesn’t have to cost a fortune, and the benefits can be huge,” says award-winning entrepreneur Susan Slovovic. She provides low-cost tips to help you keep an eye on your competition. 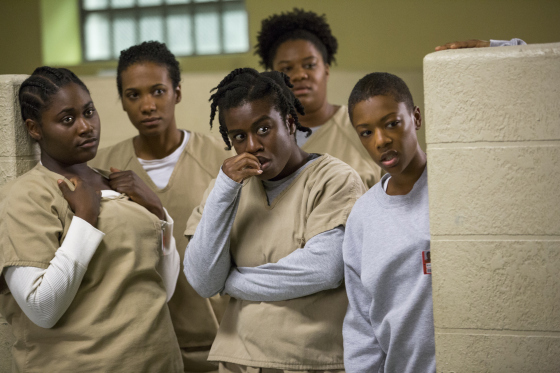 Complements are nice, but over time your actions will demonstrate how much, or how little, you respect your team.

As the pressure between Red and Vee builds, Red takes a drastic measure and uncharacteristically violates her code of ethics in an attempt to reassert her power at the prison. In doing so she momentarily loses sight of what matters and accidentally puts her own team at risk, losing their loyalty. Only by admitting her mistake and apologizing is she able to make things right and regain their trust. In contrast, Vee builds her posse for her contraband venture by using manipulation and pitting her “employees” against each other. Vee never truly respects her team, and although she experiences initial success with her strategy, when a crisis hits, the house of cards she built topples as each member of her posse realizes how poorly they’ve been treated.

In your business, how do you treat your employees? Are they just cogs in a machine helping you move forward, or are they valued members of a team—treated with respect, given a sense of ownership, and rewarded for their contributions? Respect is a fundamental element of building a great team. If you need ideas on becoming a better manager, I suggest you read this article: 10 Ways to Improve Team Management and Grow a Business.

4. Lock down a distribution strategy

Distributing contraband in a prison is, obviously, illegal. For the characters in Orange is the New Black, rather than this being a deterrent, it just means that their distribution strategy has to be especially coordinated. Whether it’s leaving goods at a pre-determined drop off point, or executing a stealthy hand off while passing each other in the halls, each step is worked out ahead of time. 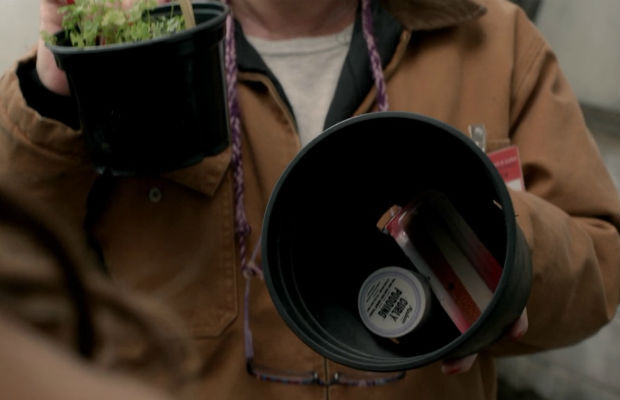 Without spreading yourself too thin, ask yourself if there’s anything else your customer needs that you can provide.

Red’s business had plenty of time to develop and grow, and it’s clear that she had a wide array of products to offer based on different customer/inmate needs. As Vee begins distributing cigarettes, she quickly raises the stakes and begins smuggling in harder drugs as well.

When you start out your business, it’s important to be really great at one thing. It can help establish a strong brand reputation, and keep your business focused. At the same time, it’s not safe to put all of your eggs in one basket. Look for opportunities to diversify what you’re offering and who you’re offering it to, but remember to keep your ideas within your core competency. As Jim Collins, author of Good to Great, defines it, your core competency is the intersection of “what you can be best in the world at; what drives your economic engine; what you are deeply passionate about.” 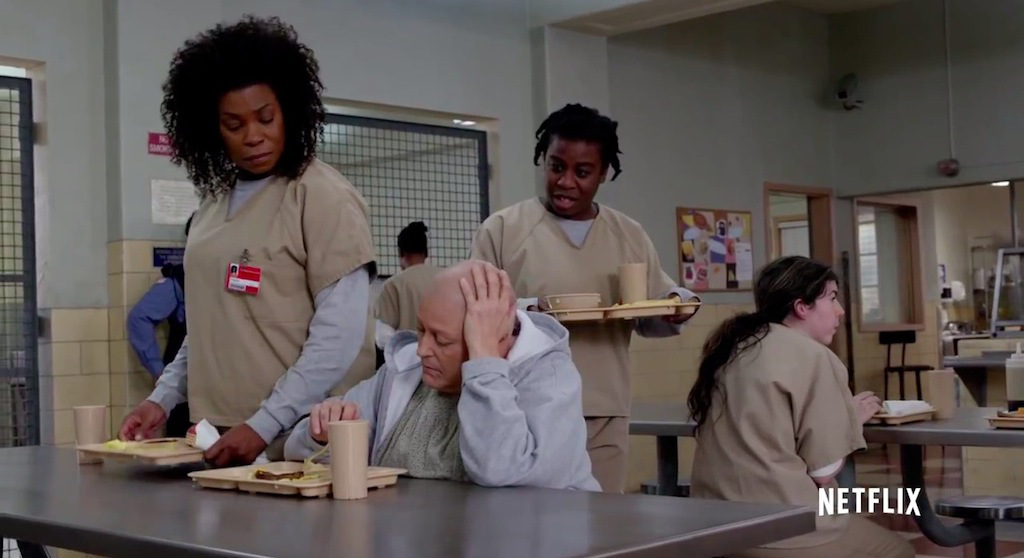 The customer may not always be right, but there’s never an excuse for treating someone poorly.

Season two of Orange is the New Black offers plenty of other lessons that can be applied to business. But the lesson that has perhaps the most significant result in the show has to do with customer service. It should go without saying that you should treat your customers well, but as this recently leaked Comcast customer service call demonstrates, some businesses still don’t get it. Whether you have millions of customers or hundreds, never forget the power and importance of one.

Vee manipulates various prisoners throughout season two, trying to get on their good sides and putting on a good show while she orchestrates their demise behind their backs. Someone who sees through all of this is Rosa, an older inmate who is in the late stages of battling cancer. In one of the most climactic scenes of the season, Rosa makes a decision that alters Vee’s plans significantly. In the aftermath, Rosa justifies her action with a simple statement: “Always so rude, that one.”

The essence of great customer service is this: Treat every customer well. There are plenty of negative reinforcements of this idea—that technology and social media have armed your customers to potentially destroy your reputation in 140 characters or less. Rather than focusing on the negative aspect of customer service, consider the positive potential. If you can create a culture that excels at providing great customer service, people will be willing to sing your praises over and over again. Don’t look at good customer service as something you have to do to avoid bad press. Look at it as a chance to further demonstrate your company’s commitment to its vision and mission.

Have you watched any episodes of Orange is the New Black? What did you think of the show? Is there another show that highlights good business lessons? Sound off in the comments below.

How Do I Make Sure My Holiday Sales Season is Profitable?