Thanks to Twitter friends for pointing me to Ideas Don’t Equal Innovationby Mike Myatt, on his N2Growth Blog. He’s got a good list on his post, with short and sweet explanations. This is direct quote: 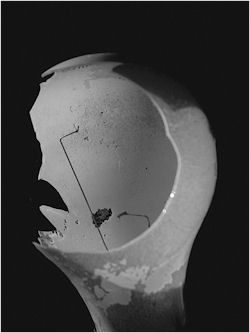 2. If the idea doesn’t provide a unique competitive advantage, it should at least bring you closer to an even playing field.

3. Any new idea should preferably add value to existing initiatives, and if not, it should show a significant enough return on investment to justify the dilutive effect of not keeping the main thing the main thing.

4. Put the idea through a risk/reward and cost/benefit analysis.

5. Whether the new idea is intended for your organization, vendors, suppliers, partners or customers, it must be easy to use. Usability drives adoptability, and therefore it pays to keep things simple.

6. Just because an idea sounds good doesn’t mean it is. You should endeavor to validate proof of concept based upon detailed, credible research.

8. Adopting a new idea should be based upon solid business logic that drives corresponding financial engineering and modeling. Be careful of high level, pie-in-the-sky projections.

9. Any new ideas should contain accountability provisions. Every task should be assigned and managed according to a plan and in the light of day.

10. Any new ideas being adopted must lead to measurable objectives. Deliverables, benchmarks, deadlines and success metrics must be incorporated into the plan.

The key phrase in his introduction is one I’ve subscribed to, and posted about here, for a long time: “Ideas are a dime a dozen.” In fact, as I read through it, I recognize an emphasis on accountability and measurability that have both been important to my work on business planning lately.

And my apologies to Mike. I rarely quote so extensively from another blog to this one; I prefer to do highlights and add commentary. But he does it so well here. The illustration was my selection, by the way.

I looked around his blog, after finding this post. Nice stuff. For another good example, try Your Story Matters.