Is a Down Economy a Good or Bad Time to Start a Business? 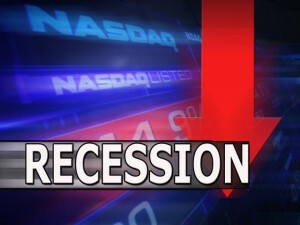 Times of economic woe don’t mean you have to tuck-in your entrepreneurial spirit and settle for whatever job you can get. In fact, economic slowdowns can be prime opportunities to get your startup off the ground. Don’t believe it? Ask General Electric, IBM, Microsoft, Facebook, Disney, Burger King or Apple — all of these powerhouses started during recessions, depressions or bear markets.

But don’t count on an easy time getting angel investors and venture capitalists to flash you the green. They’ll be too busy licking their wounds and managing their losses to throw funds at any old lemonade stand on the corner. You’ll likely start off with less resources than normal, but if you’re frugal, and understand your market, you can turn economic lemons into lemonade. There are also many different ways to fund your company’s growth.

You might start off with less capital, but prices are going to be a lot cheaper than they would be in a healthy market — especially if you hit some auctions. Deflation, combined with lots of repossessed assets, ease start-up costs. This is especially important to first-time entrepreneurs because, in the event that your business goes belly-up, you won’t be losing nearly as much as you would have if you started during an uptick in the economy.

Your competitors are getting their butts kicked:

Another reason starting amid a recession can be great, is because your competitors are making all sorts of internal changes and budget cuts. They might be laying people off, lowering prices, losing clients and customers and possibly shutting down. This, of course, is perfect for you: the layoffs allow you to recruit experienced employees who would be willing to work for a little less, the loss of clients leaves the market wide open for your business and, in the event that someone in your market shuts down, the world becomes that much bigger. If you start off as the new kid on the block, and you can find a strong competitive edge or niche over your competitors, you can only go up as the competition goes down.

The market will get healthy again:

No recession is permanent. The market is cyclical. Though you’ll be starting with lower prices and a much tighter budget than you’d like, these times will pass and you will begin to see an increase in sales and more revenues. Prices will rise. Things will become more manageable, and once they do, you’ll be able to reap even more benefits from it because your business was so cost-effective to start within the recession.

More talent on the market:

The recession will put tons of experienced, talented people out of jobs. People will be less selective about their employment and more people will be interested in partnerships because they’ll either be uninterested in re-entering the workforce, or they’ll be entrepreneurs who watched their businesses fall to the recession. Assuming you have the funds and a well-planned business, you can recruit talent you may not have had access to otherwise.

Yes, a weak market can be a great time to get your business off the ground, but frugality cannot be urged enough. You’ll need to be twice as smart to make it with half as much. Success during a recession also demands you to understand what the market is like and whether or not your business would be viable starting in trying times. Opening an expensive, hand-made jewelery company during a time where people are missing mortgage payments would be a surefire way to watch hard-earned money go down the drain.

Don’t let a down economy rain on your entrepreneurial spirit. You don’t have to settle for underemployment just because things aren’t looking up; if you’re smart, savvy and brave, a recession can be a blessing in disguise.