Is a Small Business Your Destiny?

There is a difference between having a job and having a business. In either case, you are going to be working hard to accomplish your tasks. The key difference is that, when running your own business, you control the product that you work on, and thus the work that you are doing.

[pullquote]”The thing is, working on your dream should be far more rewarding, right?”[/pullquote]

For a lot of us, the idea of starting a small business is frightening because of the risks. The job you have now might not be the best, but at least it likely feels secure. The thing is, working on your dream should be far more rewarding, right? When working hard on a task, imagine being able to work hard on something that you dream about.

Taking a risk—will it be worth it? 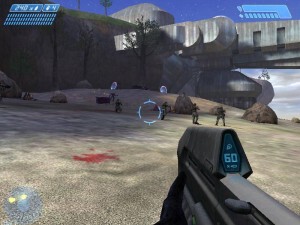 A good example of a company that took this risk is Bungie, the video game studio responsible for the revolutionary “Halo” franchise. For most of the 2000’s, Bungie was the brightest star in Microsoft’s lineup. Their “Halo” franchise is one of the best selling video game series of all time, having already sold more than 50 million copies. The story within the game was later adapted to eight novels, several comic series, a graphic novel, numerous action figures, and an anime series.

The original game, “Halo: Combat Evolved,” is considered to have been a massive influence on modern first-person shooters, and the game is routinely referred to as the beginning of modern gaming. With all the success of the “Halo” series, Microsoft paid Bungie a massive contract to continue producing “Halo” games.

And, for nearly eight years, Bungie did just that.

In total, Bungie made five “Halo” games. Microsoft wanted them to continue to do so forever, but the Bungie producers were tired of being stuck in the box of just making the same product over and over. These were artists, top video game designers, that wanted to be able to make the games they wanted to work on, not just what had been selling well.

So, in 2008, Bungie went independent of Microsoft. Still Microsoft contracted them to make “Halo” games exclusively. And once again, Bungie decided they’d had enough. Despite a big contract offer from Microsoft, Bungie backed out of the “Halo” franchise and Microsoft was forced to create a new studio to continue production.

Bungie was risking a lot. Sure, they were an established name in the video gaming world, but that was because of their “Halo” franchise. Leaving that behind could potentially mean giving up millions of dollars in profits and for what? Just to try a project that would have to start from scratch in a crowded gaming lineup? You bet. The personal freedom to create the things they wanted to make was more important than any amount of money.

It meant that finally, they had an opportunity to make a game they wanted to make, and to publish on a variety of platforms—no longer were they stuck producing exclusively for Xbox. Bungie picked up Activision Blizzard to be their publisher, but, unlike their former deal with Microsoft, Bungie would own the rights to all of their franchises—Microsoft having retained the rights to “Halo.”

What happens when you decide to create something new?

So, how would Bungie, out on its own, follow up on such a successful production history for a bigger boss? The answer is “Destiny,” an open-world first-person shooter that Bungie will be releasing in September. Having already once made changes to the gaming style with the release of “Halo: Combat Evolved,” Bungie decided to push the boundaries of the shooter game again. The game has been described as a “shared-world shooter,” combining the elements of the first-person shooter with that of massively multiplayer online games (MMOs).

The game is once again Bungie trying something that is the first of its kind, making it a big risk from a company already risking plenty.

“Destiny” might be a risk, but so far it looks to be one that will pay off massively for Bungie. And how much of this has to do with their control of their product and their drive to create something they wanted to see?

The game, in its promotional demos at E3, looks absolutely gorgeous. The graphics were opened up not just on the next generation Xbox, but also on the Playstation—Bungie’s first work on the graphics-heavy console—and they look great. 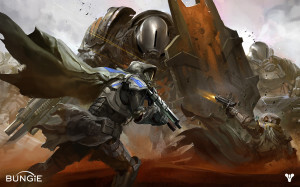 Bungie left “Halo” for the chance to create new worlds.

More importantly, however, is the content that fills the impeccably-designed world of Bungie’s futuristic Earth, and Bungie is also receiving rave reviews there. The game is open beta, available to pre-order customers on the Playstation, and has achieved a whole new level of hype, with one Yahoo reviewer calling it “the best game I’ve ever played.” Consumers who accessed the beta agree, at least to a certain extent, and the game has since gone on to receive, according to video gaming site GameZone, the highest number of preorders ever for a first-game franchise title, despite a general decline in game sales in recent years.

While leaving behind a secure job for an unknown future is a risk, you do not advance without taking those risks, regardless of the field or industry you are in.

But, all of those failures don’t mean there aren’t success stories. Bungie’s employees stepped away not just from secure jobs, but jobs that involved making one of the top-selling video game series of all time. They could have been asking, ‘how do we compete with our own legacy?’. Instead, they took a risk and it appears it’s going to pay off.

Have faith in yourself and pursue your ideas relentlessly.

Taking control of your destiny

[pullquote]”It’s a cliche, but ‘choose a job you love, and you’ll never work a day in your life.'”[/pullquote]

That’s the part that is important. It’s a cliche, but “choose a job you love, and you’ll never work a day in your life.” I can’t tell you that working for yourself is better than working for others—perhaps you would rather have a secure job, doing something you know will succeed – but what I can tell you is that if you have a desire to create the things you imagine, your desire to do this will never die and you will never truly be happy working for someone else.

I am just as excited as anybody else when my paycheck comes, perhaps more than most as a cash-strapped college kid, but I believe it’s far more important to follow your passion than follow the paychecks.

If you are like me, or like the proud people at Bungie, you want the control to shape your product, and the pride that comes with knowing you are fully responsible for the success it brings. We gamers have been talking about “Halo” for over a decade now. Perhaps, a decade from this article, we will be talking about “Destiny” in the same way.

You could do the same thing for your field. You are capable, and you have ideas—and the world needs new ideas. You don’t have to start a small business to have passion for your job, but imagine the passion of creating something all your own. For Bungie, their own company led to “Destiny.” Imagine what your destiny could be if you ran the show.