Is it Wrong to Hope They Fail?

I’m sorry, but I don’t want there to be software predicting success or failure for startup companies. It reminds me vaguely of screening tests to predict an individual’s success or failure. Why bother to live it if the algorithm says it won’t work? 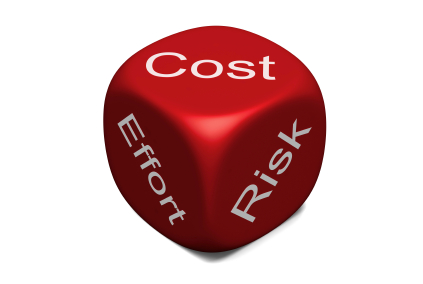 And I’ll bet I’d like them, too. I certainly don’t want them to fail when I see their picture and read about them. Two former Oxford students, one 21 years old and the other 27, have an interesting claim and, apparently, seed money that makes it at least worth following. Today’s New York Times has the story, A Start-Up Says It Can Predict Others’ Fate.

Kirill Makharinsky, 21, and Bob Goodson, 27, call their software a “start-up predictor,” and they say their company, YouNoodle.com, might give an edge to venture capitalists and other investors trying to decide whether to sink money into an early-stage company.

“Give us some information, and we’ll give you some idea of what the company will be worth in five years,” he said.

Needless to say, though, like them or not, I’m skeptical. I’ve been following artificial intelligence since the early 1980s when I was paid for that by Creative Strategies International. Why not algorithms to predict a good novel or film, or whether a team will succeed? Come to think of it, how has professional sports lived without it?

I generally root for startups to succeed. But artificial intelligence predicting startup success? I’m finding that hard to swallow.

Then again, focusing well and carefully on factors affecting probabilities is what makes grand masters in bridge and card counters in Las Vegas.

Through the years I’ve met with dozens of venture capitalists and done business with half a dozen, and I don’t think I’ve met one who couldn’t talk about general factors predicting successes and failures, or one who wouldn’t be able to point to some exceptions to the rules.

And of course the NYTimes story can’t resist the obvious mirror-on-mirror question at the end: What does their system say about their own chances of success?

“So far, we haven’t run ourselves through it,” Mr. Goodson said, adding that the results could prove baffling. “If it says we’ll fail, and it’s right, that’s something of a paradox.”

What? You haven’t run yourselves through it? What’s wrong with that picture?