Is My Company’s Web Site Guarded Against Hackers?

In 2011 it was Sony, Epsilon, and U.S. government sites among those who had fallen victim to computer hackers. 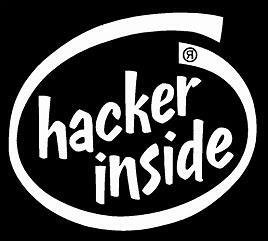 With the New Year under way, word comes from Israeli officials that the country’s stock exchange and its national airline had their Web sites paralyzed on Jan. 16 by a Middle East hacker network. While officials said the sites did not contain sensitive information impacting both trading and the safety of passengers, there were concerns nonetheless. And given that Israel is a security-focused country, it comes as no surprise that these recent cyber-attacks have left officials looking for improved ways to protect such information. El Al Israel Airlines reportedly took down its Web site after a hacker warned that the site was being targeted by a number of individuals who are pro-Palestinian. Meantime, a spokesperson for the Tel Aviv Stock Exchange reported that the site was inundated by electronic requests that brought it to a crawl, however it was still operating. Trading was not affected, according to the spokesperson. Given this is the latest of much publicized hacking attacks worldwide, it should lead more and more businesses to think about what Internet security precautions they have in place to prevent such events.

According to a 2011 survey from Ponemon Research of nearly 600 U.S. businesses, 90 percent of respondents reported their organizations’ computers had been breached at least once by hackers over a one-year period. Meantime, close to 60 percent stated that two or more breaches had occurred over the past year. If your company’s site is vulnerable to attacks, there are steps you can and should take to lessen the dangers.

Dave Thomas, who covers among other items starting a business, writes extensively for Business.com, an online resource destination for businesses of all sizes to research, find, and compare the products and services they need to run their businesses.