Starting a Business? Don’t Bid on Every Project

When Garry Polmateer started a consulting firm in 2010, he and his small team of employees were hungry and eager to make it in the business world. 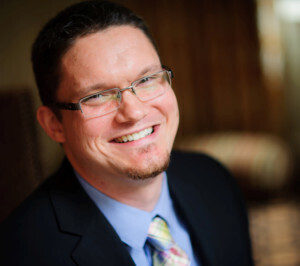 Garry Polmateer says you shouldn’t bid on every project that comes your way.

Their business, Red Argyle, helps small businesses utilize a cloud-based sales program called SalesForce. In the beginning, Polmateer was bidding on every project he could find just to expand his customer base.

“When you’re trying to build a consulting company, you need work,” he says. “We wanted to take on everything we could and hoped that those clients came back again and again.”

Even then he knew it wasn’t the best strategy to grow. “We joked and called our initial strategy “The Octopus” because it branched out in many directions.”

The team had no bidding strategy. Rather than selecting the best projects to bid on, they went for anything and everything. There was no method to their bidding process either. It led to a lot of work on nights and weekends. Eventually Polmateer started tracking profitability and realized that bidding on every project was costing the business time and money.

To avoid Polmateer’s mistake, he offers these four tips:

Know what kind of projects you want

Rather than bidding on everything, narrow down the field. Figure out which projects your business is best suited to take on. In a few words, sum up the kind of projects you want and only bid on the ones that fit. Don’t let yourself get distracted by projects that are outside your field, Polmateer says.

Get your questions answered

Often times clients don’t know exactly what they want. It happens. It’s your job to walk them through the process and create a clear path to complete the project. If you have questions about what they want, get them answered before you give a quote. Otherwise, you’ll end up doing “assumed work,” or extra work that the client “assumed” was included in the price, regardless of whether it was explicitly addressed.

Every project will present its own set of challenges, but you should still have a methodology, Polmateer says. Come up with a pricing chart and the average time it takes to complete each task. Use this to create a specific quote for a well-suited project. This quote should serve as a mini project plan. It should clearly state the goal of the project, prices, deadlines, review processes, and payment plans.

Don’t get hung up on any one bid

When you’re new to the business world, every project feels like it could make or break you, Polmateer says. You always want to create the best proposal possible, but know that you’re not going to win them all. The best thing you can do is keep several proposals going so you’re not dependent on any one project.

Having this kind of strategy in place might seem like you’re turning work away, but the truth is, it’s a more profitable plan for your future. You want to work smarter, not just harder. Plus, sticking to a bidding strategy will also help you find your niche, Polmateer says, and having a specific group of people interested in your specialized service is the best way to make money.