Lessons Learned: How One Entrepreneur Lost His Business After an IRS Tax Audit 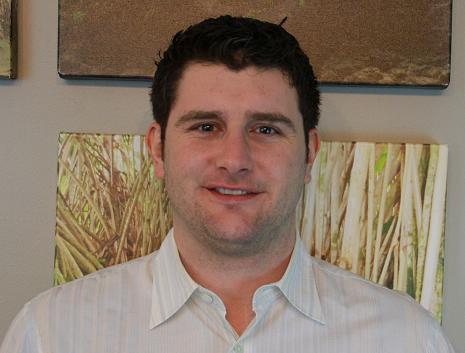 A tax audit cost serial entrepreneur Jordan Markuson one of his businesses.

Jordan Markuson has six startups under his entrepreneurial belt. From a real estate investment company to a supplement business, he has really built up his startup street credit.

But while this young entrepreneur enjoyed early success, one of his startups hit a roadblock. A roadblock called the IRS.

In 2003, Markuson and three other partners started a domain company, which bought and sold online domains.

“At the time the industry was very hot for a few companies and we were doing quite well,” Markuson recalls. “We often sold assets at 30 times more than what we bought them for.”

For years, the company ran well, but in 2011 the high revenue stream raised a red flag with Uncle Sam.

“The IRS could not figure out how we were making money so they wanted to investigate,” Markuson says who received a notice in the mail that the company was going to be audited.

Markuson turned to his accountant for help. Over the next six months the IRS combed through his records. Transactions were reviewed. Accounting ledgers were checked and double-checked. Income statements were scrutinized.

“The auditing process was long and tedious,” he says. “But we had excellent books. Everything was matching up. I assumed the IRS was going to close the books and move on.” That wasn’t the case. While Markuson says the IRS didn’t find any trouble with the company’s revenue, business write-offs were a problem.

“The auditor had caught me inappropriately expensing home items that were dual-use,” he says. It sounds like a trivial problem, but the auditor looked at three years’ worth of taxes and told Markuson he owned a substantial amount of money to the government.

“The additional tax liability and accounting costs were equal to one third of the following year’s total revenue,” he says. “Paying it back becomes an uphill battle because IRS back payments are not expenses, so they are coming directly from your profit. I was putting away 70 percent of my income for taxes.”

The additional tax burden destroyed his company’s cash flow and in the end, sunk the company. While the lengthy process caused the demise of this business, Markuson says there are lessons that other entrepreneurs can take away from his experience.

Don’t underestimate the power of an accordion folder—or something like it. Markuson says his audit would have taken much longer had his financial affairs not been organized.

He suggests filing everything in specific folders. Keep meticulous records, making sure every transaction has a label. Don’t forget to keep all documents for at least seven years.

Work with a trusted accountant

Find an accountant that is well versed in not only financial practices, but audits as well. Be sure to ask lots of questions, Markuson suggests, especially if you don’t understand certain tax forms.

Be honest and professional

While no one welcomes an audit, it’s important to be honest and professional, Markuson says.

“While I did end up having additional liability and the audit took a very long time, I do believe that if you’re honest and professional with your auditor they’ll offer you the same courtesy,” he says.

During an audit, staying positive is no easy feat, but Markuson says it’s necessary.

“Surround yourself with positive people that are able to help you work through the issues that are going to arise,” he says. “The auditor has a job to do. It’s not a personal attack.”

While Markuson doesn’t want to repeat this process anytime soon, he says it was a learning experience. He’s taken his new business wisdom and applied it to his latest endeavor, a supplement business called Aqua Health Labs.

Lessons Learned: How One Entrepreneur Discovered He Was Selling Something No One Would Buy