Lessons Learned: Not Vetting Vendors Can Be a 5-Figure Mistake 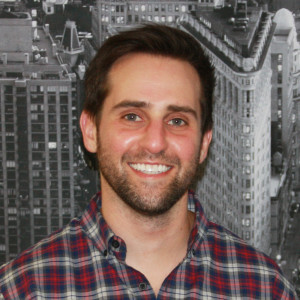 These days, we Google everything. From dinner recipes to peculiar medical problems, a search engine holds the answers.

Aron Susman and a two of his high school friends wanted to hone this power for a particular purpose. They wanted to create a search engine-like site that would allow small businesses to find retail, industrial and office space in specific areas.

“If you want office space, you have to call a realtor and get a list of properties and then you start driving around to check them out,” Susman says. “We wanted to create a more streamlined approach for small businesses to find work space.”

The New-York-based trio had the idea and a well-written business plan, but needed someone with a web-savvy brain to create the site, The Square Foot. They started looking for website coders and settled on a company they liked.

“We got the ball rolling with this company,” he says. “We paid them to create some blueprints for the site, but once we moved into the execution phase they started stalling.”

After giving several excuses, the website company told Susman that they didn’t have time to create the website.

“We had to start all over. We had to find another company to create blueprints all over again and build the site,” he says. “It was a five-figure mistake, but worst of all, it set us back three months.”

While this mistake didn’t sink the company, it was a costly lesson on properly vetting vendors that Susman says could have been avoided. Here’s what he learned from the experience:

Don’t stop with given references

If you ask a company for references, they are giving you a list of people who will give you glowing remarks, Susman says, so it’s best to do some research of your own.

“Look up the vendor that you’re thinking about working with on social media and reach out to people on the site,” he suggests. “LinkedIn is a good place to look. Since it’s a more professional site, you’re more likely to find business associates to talk with rather than friends.”

Susman says it’s something he wished he had done before working with the website company. After encountering a problem with the company, Susman started digging around on social media and found out his company wasn’t the only one with complaints.

“It all could have been avoided had we done our due diligence up front,” he says. “It’s a little time-consuming, but it’s worth it.”

Business mistakes are costly, especially for startups. For Susman, the mistake felt fatal at the time.

“As a new business, even the smallest hiccups can seem like big problems,” he says. “In hindsight, the problem wasn’t fatal. It was a setback, yes, but it wasn’t fatal. You have to learn to move beyond mistakes like this, otherwise your business won’t move forward.”

Avoid outsourcing if you can

The Square Foot now tries to do as much as possible in-house, rather than reaching out to vendors. Since one vendor burned the company, they’re a little shy about outsourcing jobs.

“If you can do a job in-house, do it,” Susman says. “I know you can’t do it all, but by doing as much as you can in-house you not only avoid potential relationship problems with freelancers or vendors, but you’ll save some money, too. For a startup, that’s a big deal.”