Living the Music: Being in Music Doesn’t Mean You Have to Starve 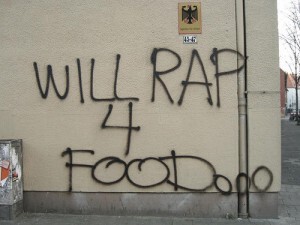 We all know the story: the local band that tears up the hometown bars, but never gets any big publicity; the independent rapper who sounds just like that one famous guy, but never gets shows bigger than 15 of his good friends huddled inside a small basement; the best singer in your choir class, now reduced to being the best damn karaoke artist among her group of friends.

Musicians are starving artists, hopeless dreamers. To believe you’re good enough to make a career out of music, is an idea almost married to poverty … Or is it?

Despite the incredibly slim odds of making a living in the music industry, there are many independent artists and entrepreneurs who have constructed business models that sustain their lifestyles.

They are no different than the woman who started her own restaurant chain, or the marketing specialist who learned how to monetize his skills and services — successful people in the music industry are savvy entrepreneurs who know their craft and their market.

No, they probably won’t get lucky off of YouTube videos like this guy, or end up as a hip-hop mogul that seems to have ownership in everything like this guy (underrated song, btw), but there is money in local music for those who are willing to develop some business know-how and savviness alongside their artistic talents and passions.

Over the next few weeks, I’ll be talking with some entrepreneurs in various sectors of the music world. You’ll learn how they make their living, what they did with social media to monetize their passions, and even some of the mistakes and struggles they’ve endured.

From the people who promote them to the actual musicians themselves, the men and women who call music their job are some of the most driven, passionate people around.

And, believe it or not, some of them actually eat three meals a day.

Photo courtesy of nobuzz.net. Be sure to check Up and Running regularly for updates on this series.