The leap from employee to entrepreneur – Small Business Spotlight

It’s never easy to leave a stable job to launch a startup. But sometimes circumstances align and a budding entrepreneur just knows that the time is right to make the leap. 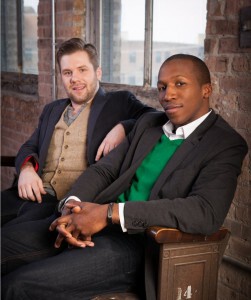 Sulaiman Sanni and his partner Ben Lamson were both working  for Meltwater Group, a large, well known Software as a Service company, Su as a social media consultant and Ben as a sales manager. As Su says “We were both in good positions. We were doing well and we liked working there.” But at the same time, crowdsourcing and crowdfunding were getting attention as viable solutions for businesses, and Su was participating as a lender for some campaigns he found interesting. When one designer raised over $900,000 for his Kickstarter project, Su says,  “Seeing that, it was sort of like a light bulb moment. We said, we should be doing this for nonprofits.” And that’s how WeDidIt was born.

“I realized that nonprofits were struggling with fund raising due to the economic downturn, and they needed a more diversified portfolio for their fundraising. Crowdfunding appeared to fit that need, so we decided to give it a go,” says Su. Now, WeDidIt “helps nonprofits launch online fundraising campaigns. Any organization can visit our site and launch a one-off campaign,” he explains, or subscribe to WeDidIt for unlimited campaigns and premium features like consultation and customized software. “The way we differentiate ourselves is that we’re much more than a platform. We actually consult with each client, and tend to become an extension of their marketing team or development office.”

Su and Ben started plotting their new venture in April of 2011, and were ready to leave their

jobs by June. “It was kind of scary, but we really felt the need to do something on our own and put our futures in our own hands.” By August they had filed their incorporation paperwork and started marketing their new business.

For these LivePlan users, the big break came in March when they finished in the top 5 of  the 2012 Miller Coors Urban Entrepreneurs Series, a national business plan competition that has awarded over $1.7 million in grants to emerging businesses since 1999. In addition to the $25,000 they won on the strength of their business plan, they benefited from the experience of pitching and learning from a panel of well-respected judges. “We got to be in front of really quality folks who could vet our business plan and give us some strong feedback.”

The competition did more than educate and  put money in the bank for this otherwise bootstrapped startup. “Since winning the competition, things have almost exploded for us. We got the grant, and since then we’ve gained enough exposure to lead us to paying clients before even launching the 1.0 version, and talking to an advisory board and seed round investors already.”

WeDidIt is poised for growth, with plans for the software to come out of beta soon and for additional tools to be added in the next few months. Beyond that, says Su, “We’re trying to build a company that nonprofits can trust to be there as a source of online funding. For now, we’ve chosen crowdfunding as our foot in the door, but we may end up rolling out other products or services that make the whole fundraising experience easy for organizations and more engaging for the donors.”

The founders of WeDidIt saw an opportunity and a need, and put aside the fears everyone who’s ever struck out on their own faces. And they’re happy they did it. “The move was a bit scary and very uncertain,” says Su, adding “but we got comfortable with that. I think as an entrepreneur you have to get comfortable with not knowing what tomorrow’s going to bring.”