Sometimes things just come together right for a startup.

Consider this one: a cool, fun-to-drive electric car, cheaper than most new cars, created by a youngish former tech game company president with one successful exit behind him, in a very green-friendly 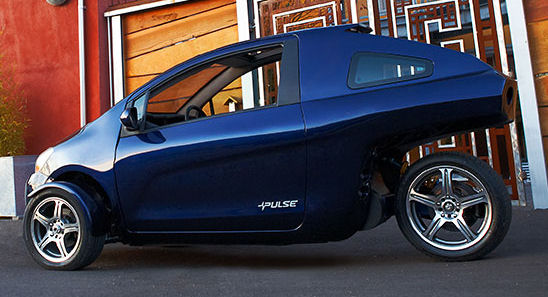 I’ve been following Eugene, Oregon, electric car startup Arcimoto for some time now. I’ve seen the presentation several times as a member of a local angel investor group. I like the key founder a lot, and I like the strategy. And the vehicle itself, which is already in working prototype stage, is clearly cool. And it’s based in my own hometown, Eugene. So what’s not to like?

So here’s a true life in startups story for you:

Yesterday Nathan Fillion, star of Firefly and Castle, found Arcimoto and put it up in lights on Twitter, with the 140-character rave shown here, “I found my spaceship.”

That’s every startup’s dream right? Well, yes, it is. And I talked to Arcimoto today, and yes, the team was delighted. But the response was so great that it pulled down the company’s website.

Only temporarily, that is. The site is up and running now, was up within a couple of hours, in fact. And that was a matter of a complete switch to the cloud, in just a few hours, with a lot at stake. Still, this is a problem every young company would like to have.

I call that “a high-class problem.”