Meet the Grand Prize Entrepreneurs of the BEC Boost

This has been a year of many firsts, but one of the most notable in the entrepreneurial community was the first-ever California Business and Entrepreneurship Center (BEC) Boost: a state-wide startup business plan competition that granted tens of thousands of dollars in cash and prizes to the top entrepreneurs in three age groups (14–17 years old, 18–27 years old and 28+ years old). The contest was sponsored by Palo Alto Software, which provided free access to LivePlan, its cloud-based business planning software, to all of the Boost entrants.

“It was very difficult to select only nine winners from the hundreds of submissions,” said Mike Roessler, California Statewide Director of the Business & Entrepreneur Center (BEC) Program, “but we were pleased to have an expert panel of judges reviewing the final plans and sharing feedback about the plans’ strengths and opportunities for improvement.”

Roessler also noted the tremendous impact of the instructors and advisors who coached the competition applicants. One such instructor, David Calderon, mentored two of the three grand prize entrepreneurs; Calderon recently granted an interview to Bplans’ own Caroline Cummings on how his teams found such great success.

So who were the hard-working businessmen and women behind the winning business plans? 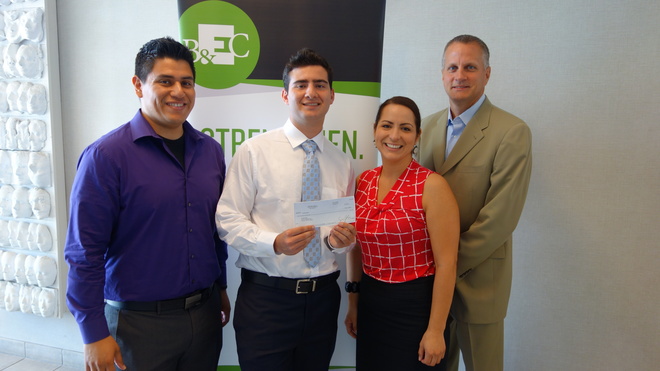 “I really did not expect to win whatsoever,” Ismael Kotob wrote to me in an email. “I was in it just to create a business plan that can help make my dream a reality.”

Ismael’s dream is to become an entrepreneur. His business, Secure Alcohol Systems, makes a security system for the doors of coolers containing alcohol in convenience and grocery stores that would unlock only after scanning the customer’s identification and verifying that they are of legal drinking age.

“With the winning money I decided to invest in creating a patent for my product and start the first steps of creating the first prototype,” Ismael said. “We hope to have the company up and running by March 2014.”

“We were just starting to write our business plan when we heard about the competition,” Michelle Sangalang told me in an email. “We thought we could use this opportunity to learn efficiently and write a better plan.”

Michelle and her business partner Andrew Ekelem are the founders of Chariot Mobility, a company dedicated to updating the manual wheelchair to a low-profile, efficient and ergonomic chair that better serves the needs of its users.

“Neither of us have much experience in the financial aspect of business, so LivePlan was particularly useful in helping us shape the financial plan,” Michelle said. “Writing a business plan is a daunting task because there’s so many different components to it; you really have to be organized so you’re not overly overwhelmed. LivePlan helped tremendously by outlining the plan for us and providing examples for every section.”

Chariot Mobility will use its winnings from the Boost to continue prototyping their wheelchair design.

“Winning gave our new company a sense of validation,” Michelle said. “We’re so happy that the judges believed in the potential of our product as much as we do.”

Freja Nelson’s been in business for 18 months, making a completely vegan, organic and soy-free alternative to meat called VegiMeat. She sells her products in 11 stores and two restaurants in and around Oregon House, California, where Freja’s Foods currently operates. 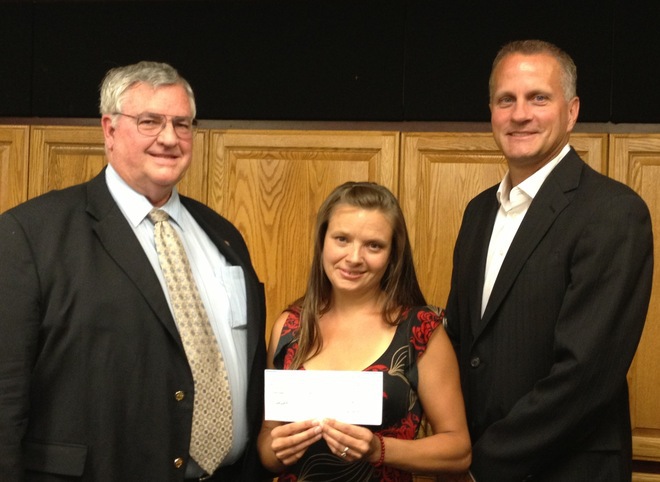 “I did not think I would win but I was really trying to win,” Freja wrote me in an email. “My business really, really needed this break.”

The award money will finance a complete re-design of the VegiMeat packaging—which will now include nutrition facts and professional photographs—and an expansion: Freja’s Foods will introduce two new items to its product line, and it will begin distributing to larger California markets like Sacramento and the South Bay area. Within a year, Freja hopes to be selling VegiMeat in San Francisco.

“The award has made all of this possible and not a penny will go to waste,” Freja said. While using LivePlan, she found a few holes in her business plan that she’s now able to correct so that she can maximize revenue: “I discovered how my kitchen, which is currently a variable cost facility, is actually going to become a cost drain when I reach a certain point in production. I also discovered that my first year in business was better than I thought, but that if I want to actually make money I need to expand a lot!”

The other major benefit of participating in the Boost and using LivePlan was that Freja now has clean and simple financial statements to refer to, thanks in part to the LivePlan customer service staff.

“LivePlan was a blessing!” she said. “Now not only do I have professional and logical financial statements—I understand them too! While I enjoyed and used the software thoroughly, the icing on the cake was that when I wanted to talk to a person I could. Customer service was top quality. They answered the phone, treated me like I mattered and actually got me answers. A+ all the way.”

Boost your business with $10K